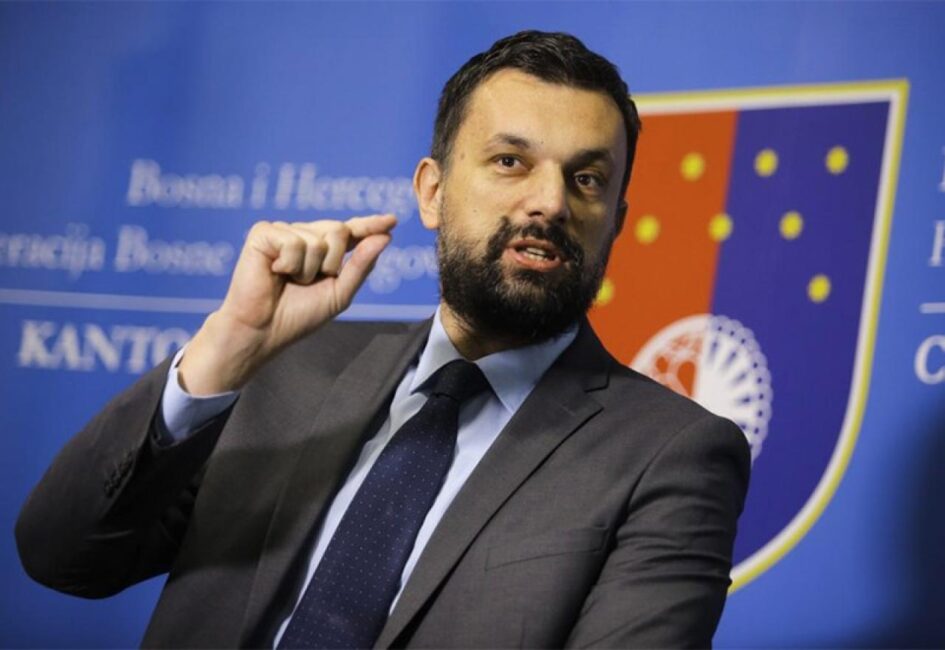 Sarajevo, 10/10/2022 – The Steering Committee of the BH Journalists Association strongly condemns political pressures of the Narod i pravda (NiP) party president Elmedin Konaković on journalists and editors of the portals Klix.ba and Istraga.ba, and demands that Konaković stop publicly “calling out” journalists whose reporting does not corresponds with his personal and political views and convictions.

In the last two days, the president of NiP, Elmedin Konaković, published several comments on social networks in which he calls journalists “people of the regime”, alleges that they “spit fire”, that they lie, they launched a “hunt” for him…, all on the occasion of articles published by Klix.ba and Istraga.ba on amendments to the Election Law of BiH, election results and plans of political parties for post-election coalitions.

The Steering Committee of BH Journalists believes that such targeting of media outlets and journalists by the president of a political party is unacceptable, and represents open political pressure and an attempt to silence critical and analytical media reporting on decisions made by certain political parties. Konaković, as he himself points out, has been “living a public life” for more than 25 years. Someone with such long experience on the public and political scene should know that the task of journalists is to criticize, question and analyze the actions of public figures, especially politicians. This kind of engagement is an integral and very important part of the journalistic profession, and not just the mere transmission of information and politicians’ statements without any critical and analytical bias.

It is Konaković’s right that he doesn’t approve of certain media content about him or his party, or considers them untrue, unjustified… However, in such cases, Konaković and all other politicians should use denials and seek the correction of false allegations in the media, and in the last instance they have at their disposal the Law on protection against defamation, and not (mis)use their position of power to publicly label journalists and the media, declaring them as “regime” and the like.

The Steering Committee of BH Journalists reminds that this is not the first time that the president of the NiP has labeled journalists in this way, which is why we had to react publicly on several occasions.

In the last three years, political pressures on journalists in Bosnia and Herzegovina via social networks have become more frequent, open and aggressive. We call on all politicians not to use this kind of communication with the media, because in that way they only further encourage hate speech in the comments of their sympathizers on social networks.