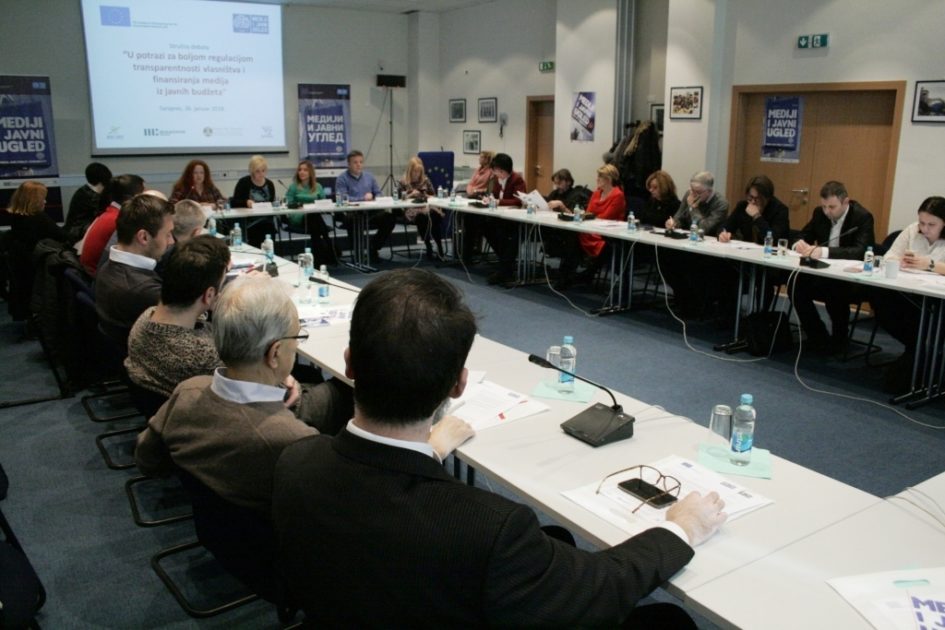 Sarajevo, 26 January 2018- The media community supported initiative for adoption of a legal framework that will ensure transparency of media ownership and financing and regulate advertising segment. This is a result of the first expert debate titled “Seeking better regulation of the transparency of ownership and public financing of the media” held within the EU funded project “Media and public reputation“ in Sarajevo on 26 January. 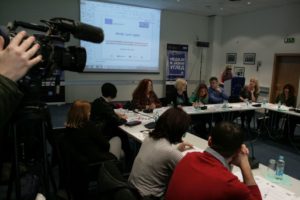 Addressing the audience, Vladimir Pandurević, Programme Manager at the European Union Delegation in Bosnia and Herzegovina, stated that „there is no strategic document defining the public interest in the media and this is why the outcomes of the project Media and public reputation are extremely important“.

According to the Secretary General of the Association BH novinari (BiH Journalists) Borka Rudić the consequences of the lack of regulation in this area are „the disintegration of the journalistic ethics and quality of journalism as well as degradation of the public interest function of the media companies“. 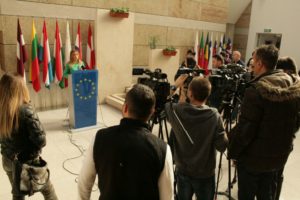 Political Advisor to the European Union Special Representative Jasna Jelisić reminded of the latest European Commission’s Reports on BiH which indicated the need to secure the transparency of media ownership in BiH as one of the key priorities in the media sector. „Among other things, the EC report gives a clear recommendation to BiH authorities to take this matter into consideration as soon as possible, and have stressed on several occasions that media freedom issues will also be considered when issuing the European Commission Opinion on BiH application for membership “. 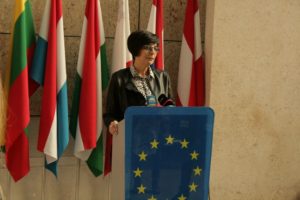 Professor from the Faculty of Political Science Lejla Turčilo stressed the need to restore the connection between quality media and citizens that can recognise them. „It is citizens’ right to know that they have access to true, objective and fair information, but also to be familiar with the mechanisms of influence of those who create that information“, said Turčilo.

The implementing Consortium advocates the adoption of the laws with the aim of achieving EU standards in regulating the concentration and transparency of media ownership. The purpose of adopting these legal regulations is to prevent the conflict of interest, increase the value of the media market and media sustainability through transparent allocation of the public funds to the media.

Legal regulations should also contribute to prevention of abuse in the said areas, improve media integrity, encourage lawful functioning of the media and real media pluralism, thereby contributing to democracy building. The draft laws are also to incorporate regulations on monitoring of the enforcement of the laws as well as sanction mechanisms.

The debate was organised within the project “Media and public reputation“, funded by the European Union and implemented by the Consortium: BH Novinari, Mediacentar Sarajevo, BiH Press Council and Association JaBiHEU.