BH Journalists: It is unacceptable that SDA candidates use every opportunity to put pressure on Senad Hadžifejzović and Face TV 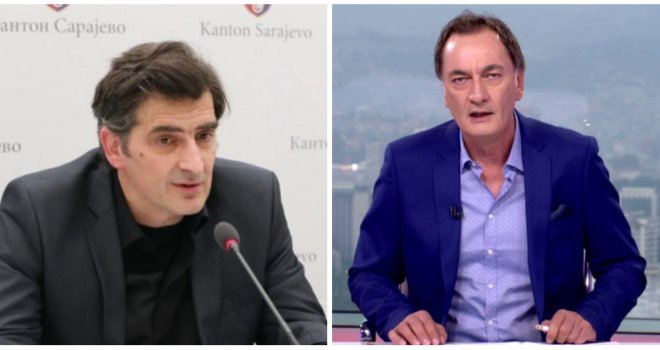 Sarajevo, 14.09.2022. – The Steering Committee of the BH Journalists Association strongly condemns the verbal attack and insults of the candidate of the Party of Democratic Action (SDA) Faruk Kapidžić, directed at the editor of Face Television, Senad Hadžifejzović.

On his Facebook profile, Kapidžić posted a series of insults about Hadžifejzović, calling him, among other, “a common thief”, “a blackmailed coward ashamed by his name and origin”, a “sick” journalist, etc. The reason for Kapidžić’s reaction was a segment from the Face TV broadcast last weekend, in which a photo of the pre-election poster of the Minister of Foreign Affairs of BiH Bisera Turković was published, under which there is a sign with the name of one of the parts of the Sarajevo municipality of Vogošća. The aforementioned photo was published in the section called Central heating, along with other posts from social networks in which citizens comment in various ways on political candidates for the General Election 2022 and their activities, including their posters and slogans, politicians’ statements, photo montages and the like.

The Steering Committee of BH Journalists considers it unacceptable that a prominent member of a political party “confronts” with journalists in the way that Faruk Kapidžić does, especially considering that this is not the first time that Face television and its editor and founder, Senad Hadžifejzović, have been exposed to pressure and hate speech by members of the SDA, to which the Steering Committee of BH journalists warned about in their press release in May last year. With such an infuriated reaction and inappropriate vocabulary, Kapidžić continues to promote and encourage the already adopted narrative of numerous SDA members and sympathizers, according to which journalist Hadžifejzović is a “national traitor” who needs to be “dealt with” – which is only one of the threats to which Senad Hadžifejzović is exposed on a daily basis on social networks.

At the same time, the Steering Committee of BHJA emphasizes that any association with the physical appearance of political candidates, even if it is presented in a humorous context, goes beyond the scope of journalistic ethics and respect for professional standards of journalism, and is not in accordance with the principles of decent and balanced reporting on members and candidates of any party, including SDA.

Female politicians – candidates in the General Elections are especially exposed to brutal hate speech in comments on online portals and social networks. In addition to hate speech, these comments contain discriminatory and sexist insults about the appearance of female politicians, the way they dress, and their private or family life. Media outlets, editors and journalists who work professionally and in the interest of the public should do everything in their power to openly condemn and prevent such occurrences, instead of further encouraging them with careless remarks through media content.

The Steering Committee of BH Journalists appeals to the competent institutions to thoroughly investigate cases of hate speech and threats to journalists, politicians and all other citizens via social networks. Everyone who threatens, incites and spreads hatred on national, religious, ideological or any other basis must be sanctioned, regardless of whether they do it online or offline.