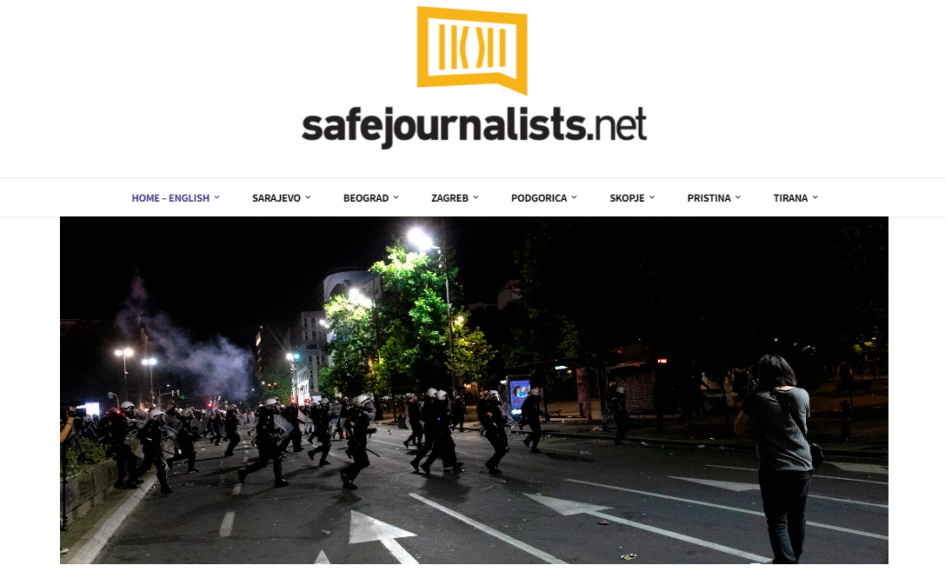 Sarajevo, April 25, 2022 – Regional conference of Safejournalists Network (www.safejournalists.net) on the protection of media freedoms and safety of journalists in the Western Balkans will be held at the “Holiday” Hotel in Sarajevo, from April 26 to 28, with the participation of journalists, editors, media experts, representatives of governmental and non-governmental organizations and institutions from the region and the EU, as well as international organizations dedicated to the protection of freedom of expression.

The Safejournalists Network currently has a database of over 1,200 registered cases of threats and attacks on journalists, with monitoring the actions and reactions of the competent authorities and public institutions in sanctioning attackers. Each year the Safejournalists Network publishes national Indicators on the level of Media Freedom and Safety of Journalists with a comparative, regional report on trends and progress in the field of media freedom. In 2021, we prepared and published the Journalists Safety Index in 7 Western Balkan Countries, as the first comprehensive mechanism for numerically measuring the progress of the Western Balkan countries in protecting freedom of expression and media freedom in line with EU standards.

At the regional conference in Sarajevo, we want to discuss the current challenges in protecting journalists from violence, as well as the possibilities of applying EU standards for the protection of media freedom in local context of the Western Balkans. We will focus on the violence against female journalists who are increasingly victims of online threats and harassment, and talk about new, international instruments to help the media outlets and journalist organizations in our region. As some of the Western Balkan countries went through war cataclysms and devastation two decades ago, we would like to draw attention to media coverage of the current war in Ukraine and invite fellow journalists to provide professional coverage in the interests of the public and victims.