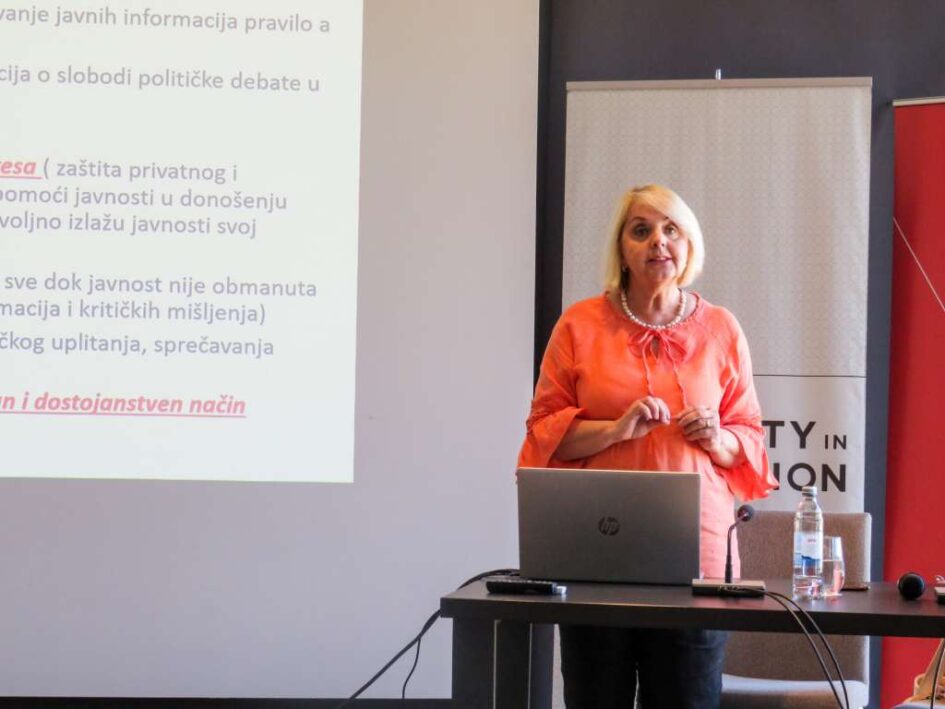 Sarajevo, 12.01.2023. – Last year, the Free Media Help Line reported a total of 79 cases of attacks on journalists in Bosnia and Herzegovina.

According to the information provided to FENA by the General Secretary of the Association of BH Journalists, Borka Rudić, this includes one physical attack and seven death threats. There were 12 cases of verbal threats, 11 cases of political pressure, 12 cases of incitement/hate speech, five cases of damage to property or cyber attacks.

According to her, political pressure and attacks on journalists and independent media increased by 40 percent in 2022 compared to 2021. Also, verbal threats, death threats and hate speech increased by 137 percent.

– In addition to all the mentioned direct pressures on media freedom and security threats to journalists, we are faced with increasingly frequent requests from individuals to delete journalistic texts, created on the basis of official information from investigative or other public authorities – Rudić told FENA.

According to her, these requests come from persons who were included in various investigations by competent judicial authorities or security agencies under suspicion of having committed certain criminal acts. Although the requests have no legal basis, individuals and their lawyers use them to put pressure on the media or try to “wash” the face of their client in front of BiH the public.

– Since these demands represent an unfounded attempt to limit the right to freedom of expression, BH journalists have prepared a special analysis with clear messages that no media should succumb to attempts at censorship, nor remove their texts from the portal or from the media archive without valid court decisions regarding specific media contents. The analysis will be published soon on the website of BH journalists – says Rudić.