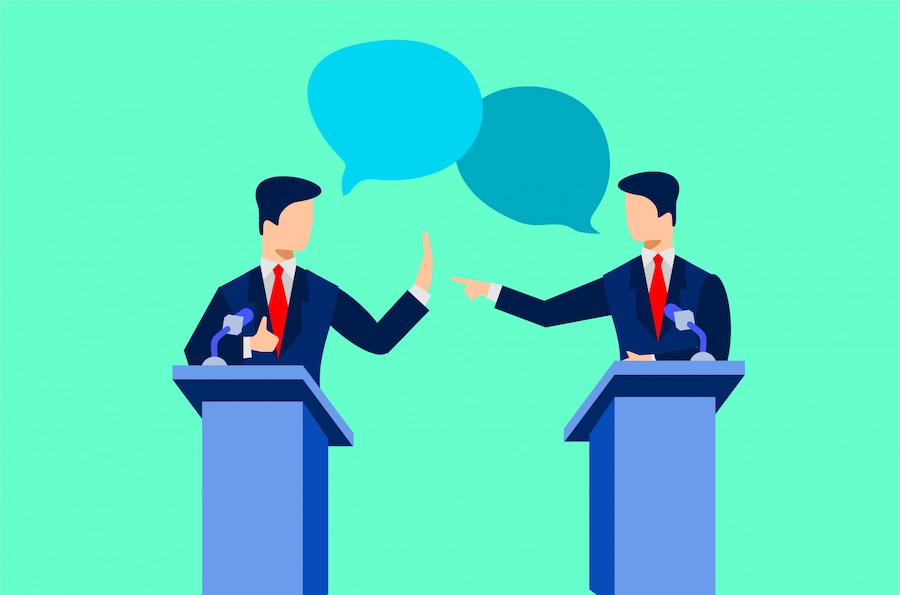 Sarajevo/Banja Luka, September 12, 2022 – The refusal of candidates of political parties for the 2022 General Elections to participate in debates on public RTV services represents an act of irresponsibility and arrogance towards the voters and the entire public in Bosnia and Herzegovina, emphasizes the Steering Committee of the BH Journalists Association.

It is a devastating fact that out of a total of ten candidates in the race for a member of the Presidency of BiH, only one candidate accepted the invitation of the Public RTV Service of Bosnia and Herzegovina (BHRT) to participate in a pre-election TV debate with other candidates. Such a decision by a politicians/candidates for the Presidency of BiH represents an open disrespect of the public’s right to access different and plural information and opinions in the pre-election campaign, on the basis of which citizens could make informed decisions about who to vote for. Along with the public service at the state level, other public and private television stations also faced the refusal of candidates for key positions in the state and entities.

The Steering Committee of the BH Journalists Association points out that political parties and their candidates are obliged to offer their political programs to the public not only through direct addresses at pre-election rallies or unilateral announcements and statements, including reactions to the statements of other political subjects, but also to enable a fair and open debate on issues of importance to the public. Confronting the opinions of candidates from different political parties and critically questioning their programs are an inseparable part of world standards of pre-election campaigns, political culture and responsible behavior of politicians towards voters and all other citizens.

The refusal of political candidates to participate in TV debates is at the same time preventing the professional work of the media in the pre-election campaign, which are obliged to comply with the rules of the CRA and the Election Law of BiH in conducting a fair, uniform and comprehensive campaign about political subjects and candidates registered for the General Elections in 2022.  Article 16 of the Election Law states that electronic media are obliged to inform all political subjects about the dates of participation in special broadcasts. Once set times in broadcasts of the electronic media cannot be changed, and the non-arrival of the representative of the political subject at the agreed time of the broadcast will be considered as a willful withdrawal from the election promotion through the electronic media.

Unfortunately, the established practice of the majority of BIH politicians to decline direct confrontations with their opponents speaks of their political immaturity and unwillingness to offer citizens anything more than empty pre-election promises, learned phrases and slogans that they present exclusively in a “proven” environment, in front of their voters and sympathizers who have given them support in advance.

The Steering Committee of BH Journalists will specifically inform the Central Election Commission of BiH and the Communications Regulatory Agency about the inability of the media to fulfill the planned pre-election programs due to the irresponsible and uncivilized behavior of the candidates for the most responsible political positions.