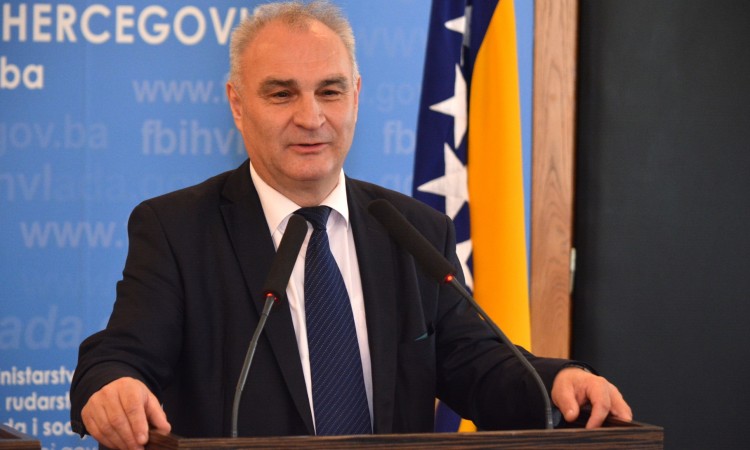 Sarajevo, March 8, 2022 – The Steering Committee of the BH Journalists Association joins the request of the Balkan Investigative Reporting Network of Bosnia and Herzegovina (BIRN BiH) for a public apology from the Federal Minister of Justice Mato Jozic for his extremely inappropriate behavior towards the journalist of this newsroom.

While working on the story about the procurement of cars in public institutions, BIRN BiH journalist Aida Trepanic called minister Mato Jozic asking his statement, but he insulted her during the conversation, used derogatory expressions and addressed her in an extremely high-pitched tone, not allowing her to ask questions or to talk to him. According to the BIRN editorial office, during the conversation Jozic called the journalist’s questions “stupid”, among other things, and asked her about her age without any reason. The editorial office of BIRN BiH sent a request for a public apology to Jozic’s cabinet, and they also wrote to federal prime minister Fadil Novalic about the incident. However, to date, they have not received answers from these institutions.

The Steering Committee of the BH Journalists Association considers minister Jozic’s conduct during a conversation with a BIRN BiH journalist to be completely unprofessional and unacceptable for a public official. As an elected official, minister Jozic is obliged to answer questions that are in the public interest, which certainly includes the procurement of official cars and the way in which budget money is spent. Given that journalists in BiH are already accustomed to the non-transparency of representatives of government institutions, minister Jozic could also refuse to answer or comment on the mentioned topic. However, addressing a journalist who only did her job in an insulting and humiliating way, especially in the context of her gender and age, is inadmissible and violates the dignity of the function of the Minister of Justice, ie the person holding that position.

The Steering Committee of the BH Journalists Association demands the urgency of prime minister Fadil Novalic and an official apology from minister Jozic to journalist Aida Trepanic and the editorial office of BIRN BiH, one of the most respected investigative media in Bosnia and Herzegovina, whose journalists and editors have been awarded and recognized for years for their stories.