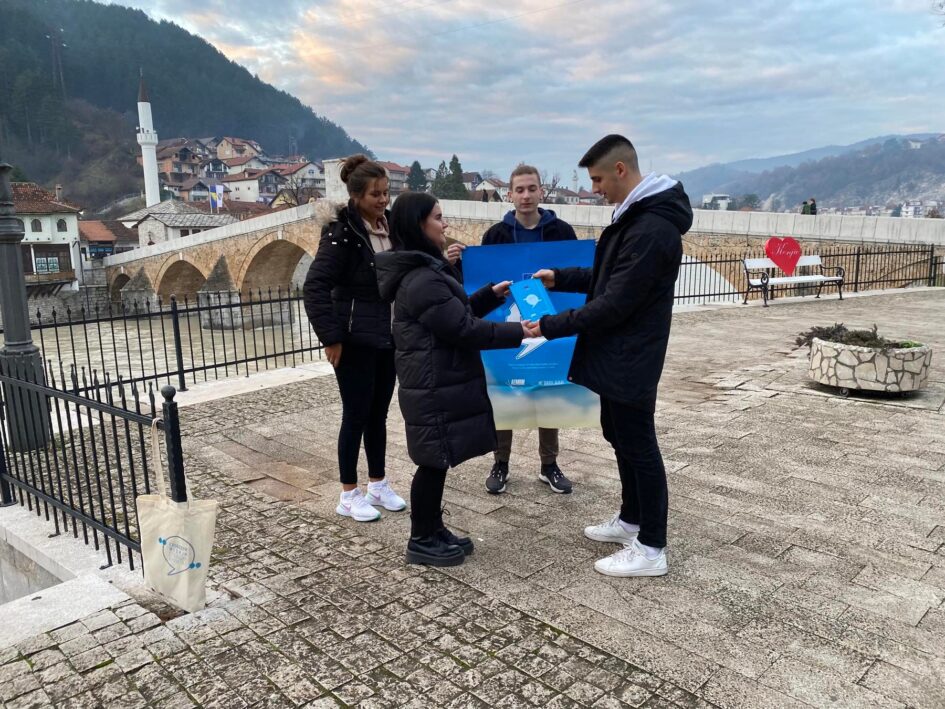 The BH Journalists Association in cooperation with the Youth Newspaper Association in B&H organized street actions in 10 bh cities with the aim of informing the public about the activities of the project “Free Media for a Free Society”, as well as gaining the support of citizens in the fight for strong and free media in local communities.

Citizens of Gradačac, Konjic, Stolac, Trebinje, Tuzla, Petrov, Banja Luka, Brcko, Doboj and Sarajevo had the opportunity to discuss with our volunteers the importance of local media, professional and objective reporting in the public interest, and media freedoms and protection of journalists in local communities.

Street action is just one of the activities organized within the project “Free Media for a Free Society”, which BH Journalists Association implement in cooperation with the Association of Electronic Media in BiH, with the support of the European Union in Bosnia and Herzegovina to network media and civil society organizations into a strong professional group that will advocate for media freedom and the safety of journalists in local communities

Some of the achievements of the project, during the three-year implementation, are: