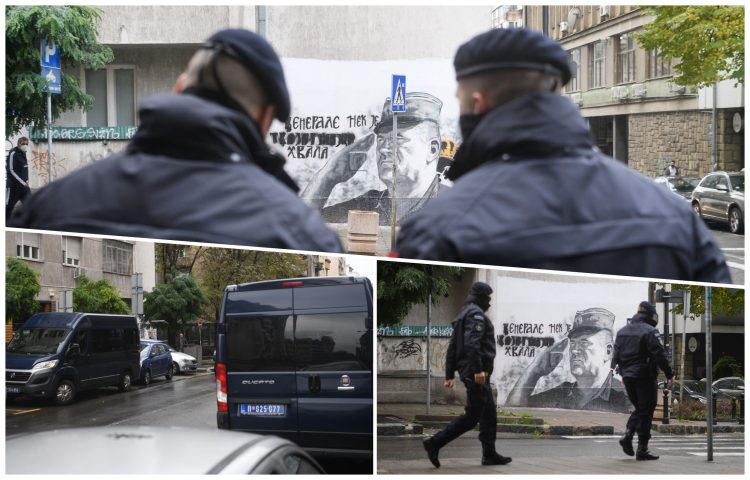 Journalist of daily ” Danas” Snezana Congradin was attacked on Milan Mladenovic Square during the evening of November 25, while she was filming a protest organized on the occasion of the removal of the graffiti “Ratko Mladic, a Serbian hero”.

According to the video that the Independent Journalists’ Association of Serbia received from Congradin, the attacker hit her and broke out of hand her phone while she was broadcasting the protest live for the website of the daily “Danas”. Police arrested the attacker after the incident occurred.

Congradin told the Safejournalists network that she suspected that the attacker is a member or sympathizer of the extremist group “Leviatan” because, after the attack, she received messages of support in which, among other things, people gave her this information. They found photos of the attacker where he is with Pavle Bihali, the leader of the group Leviathan.

The President of IJAS, Zeljko Bodrozic, stated that this is: “the second harsh incident that happened to our colleague Congradin in the last month, and therefore we warn the authorities to take the situation seriously and investigate both cases, and to ensure a smooth life and work to our colleague. We remind you that this is not the first incident reported to the authorities, in which journalists are victims of members and sympathizers of the extremist group “Leviatan” and that none of these cases still received a court epilogue, which proves our thesis that impunity leads to new attacks. ”

The SafeJournalists network representing more than 8.200 media professionals in the Western Balkans, joins its member, the Independent Journalists’ Association of Serbia, and demands that Congradin be provided with the necessary protection and that all cases of attacks be prosecuted as soon as possible. We hereby warn the competent authorities and the public that attacks on journalists by extremist groups have intensified in Serbia in the last month and that it is necessary for the police to provide greater protection to journalists during protests, and for the prosecution to monitor these cases filed charges ex officio.