WORKSHOPS ON MEDIA LITERACY IN ROGATICA AND VISEGRAD 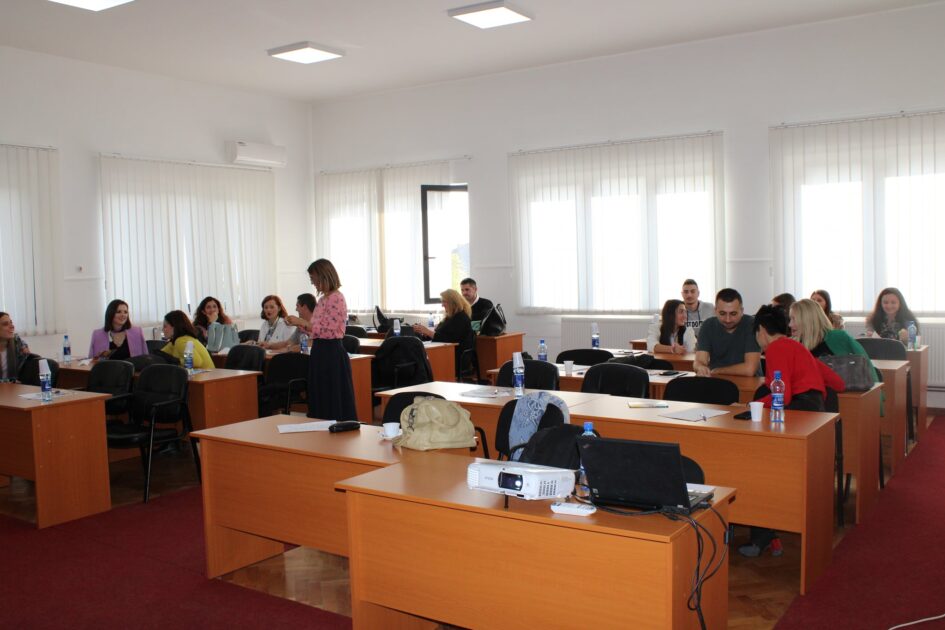 Organized by the women’s association “SEKA” Goražde, in Rogatica on Friday, October 22, 2021. was held a workshop “Arguments in the virtual world – For better media literacy of the community!”. The participants of the workshops were journalists, educators and pedagogues from primary and secondary schools in Rogatica and employees of the Municipality of Rogatica.

The director of “Radio 303” from Rogatica, Sandra Bajević, believes that due to the trends of fake news and misinformation, education on media literacy is a very important topic in the entire region. Coach Aleksandra Janković especially pointed out as a significant approach of media and information literacy to students and young people. “I am deeply convinced that as a result of the implementation of these activities, we will get a stronger civil society in the field of media that will critically consume media content” Janković points out.

Young freelance journalist Natasa Novosel also points out that it is very important to raise awareness of the importance of media literacy, especially among young people. “We are witnessing that the media have a great influence on children, but also on adults. Recently, more and more false information, ie misinformation, but also hate speech has been published in the media. For that reason, more such workshops are needed, so that, above all, young people can learn to recognize quality media content, but also how to protect themselves on the Internet, which is also very important” says Novosel.

The workshop in Visegrad was held on October 23, 2021. and gathered young participants of the second grade of high school from Visegrad and Gorazde. Special attention is paid to the protection of privacy on the Internet.

“Modern technologies allow us to pay bills online, watch TV programs, play games and other entertainment. However, with the development of technology, tools for spying on Internet users have also developed. One should be aware of these dangers and be vigilant and informed about what is being done on the Internet and whether someone as an Internet user is sufficiently protected” believes the coach at the workshop Ahmet Hadžiahmetović.

The trainers at the workshops in Rogatica and Visegrad were journalists Elma Kazagić, Aleksandra Janković, Elvira Aganović and Igor Janković and IT expert Ahmet Hadžiahmetović.

The project included the organization of four educational workshops, one each in Goražde, Foča, Rogatica and Višegrad, and in addition to education, the workshops served to network local organizations with local media.

In cooperation with local portals, videos created as part of this project will soon be published, in which young people promote media literacy and raise awareness about misinformation, hate speech and propaganda.

The project “Arguments in the Virtual World – For Better Media Literacy of the Community!” Is funded by the “Small Grants Program” within the project “Free Media for a Free Society”, implemented by the BH Journalists Association in cooperation with the Association of Electronic Media in BiH, with the financial support of the European Union.