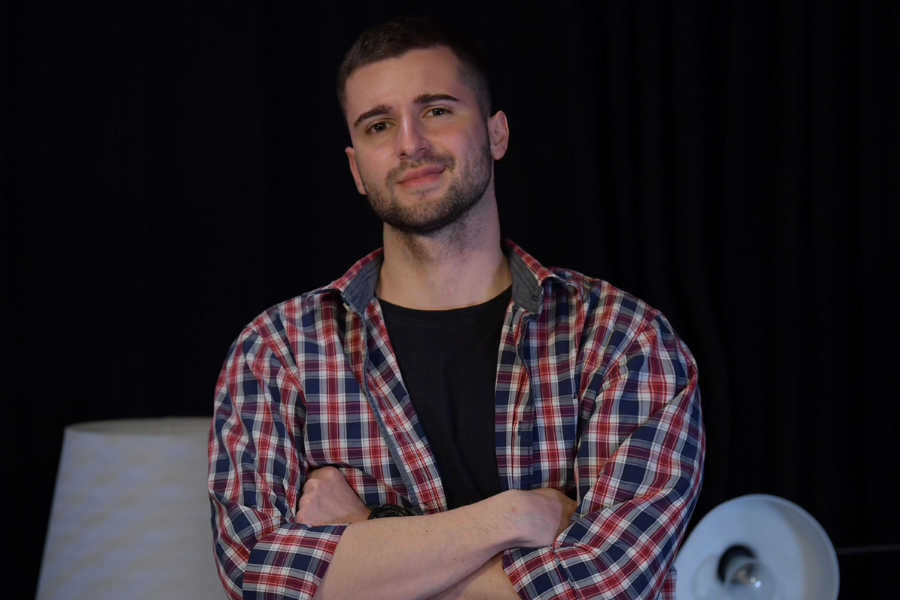 After the tabloid Informer wrote about Nova.rs journalist Pero Jovovic that he published the symbols of Kosovo on his private profile on Facebook, he has become the target of threats on the Internet. A picture of this journalist with a knife stabbed in his head appeared on an Instagram page of the “Kozni kaputic” with the caption: “Today we are learning: how to slaughter a pig properly.”

In the text published on the Informer portal, the journalist was targeted because he shared a location on his Facebook account that talks about where he is. Veselin Simonovic, editor in chief of Nova.rs, was also mentioned in it because he “liked” that announcement. After that, numerous insults and threats were made against the journalists, including threats of physical violence.

Pero Jovovic said that “from the moment when the state media published a text in which they targeted him as someone who supports an independent Kosovo and labeled him as a traitor, he hasn’t stopped receiving death threats and the most heinous insults“.

“I want to believe that the prosecution and state institutions will not divide journalists into suitable and unsuitable in relation to what the media work for, and that the case will be processed“, he said.

Zeljko Bodrozic, president of Independent Journalists’ Association of Serbia, said that “such threats addressed to journalist Jovovic are not only for condemnation and sanctioning, but they are an example of what a creepy psychosis Serbian society is in”.

“I want to believe that all those who threatened him will be prosecuted, but I am not optimistic that the Informer and those who triggered for something like this will ever see the face of justice”, he said.

The SafeJournalists Network, which gathers more than 8,200 media professionals in the Western Balkans, joins its member IJAS in condemning this insidious targeting of journalist Pero Jovovic and brutal threats made to him.

We request from the Serbian police and prosecution to prosecute the person behind the threat as soon as possible. We also ask the representatives of the authorities to do everything in their power to calm this kind of atmosphere in the society.