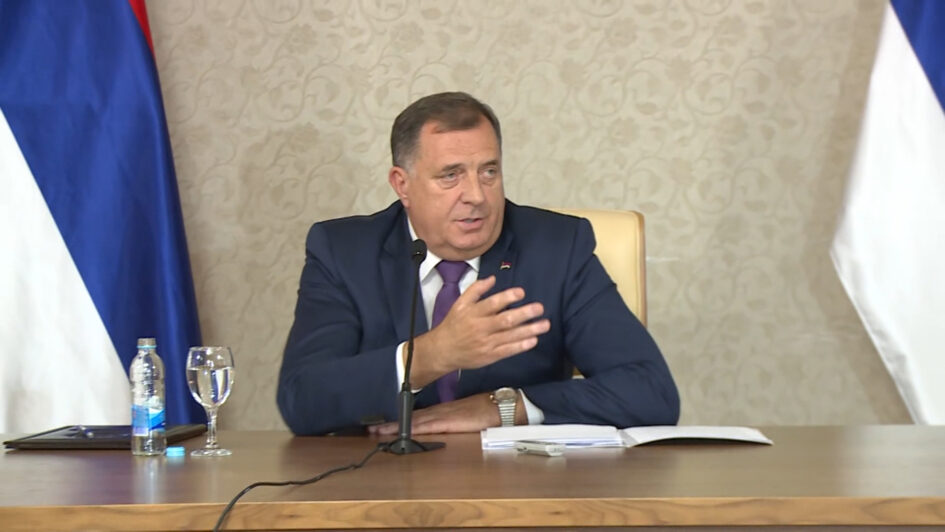 Banja Luka / Sarajevo, October 1, 2021 – The Steering Committee of the BH Journalists Association strongly condemns the behavior of the highest representatives of Government and public institutions in Republika Srpska towards the media, labeling journalists and media outlets as “traitors” and “criminals”, banning access to information to journalists they consider “inappropriate”, and denying opportunities for journalists to ask questions at press conferences.

At yesterday’s press conference in East Sarajevo, the president of the SNSD and member of the Presidency of BiH Milorad Dodik attacked the media whose reporting he did not like, labeling BN Television as “part of a joint criminal enterprise against RS” and “the biggest villains in RS”. After the journalist of this TV station, Sladjana Jasarevic, reacted to his tirade and inadmissible accusations, Dodik told her that she was a “great traitor” and concluded that “these people from BN are not normal.”

At the same time, at the beginning of another press conference, the spokeswoman of the hospital in Trebinje told the representatives of the media that only journalists from three selected media have the right to ask questions to the director of the hospital, Nedeljko Lambeta, while the others cannot ask questions?!

This approach of the leaders of the SNSD party and representatives of public institutions towards journalists and the media is worrying to the extent that it creates an atmosphere of fear within the media community in Republika Srpska, but also among the citizens of this entity. The selection of the media into “suitable” and “unsuitable”, “patriotic” and “unpatriotic”, “friendly” and “hostile”, has now apparently become part of the dark agenda of the RS authorities with the intention that even among journalists, editors and the media owners create mutual intolerance and fear of critical reporting on political powerful people, who continuously turn certain journalists into “traitors” in the eyes of the citizens of Republika Srpska.

It is precisely these types of public attitudes by political leaders such as Milorad Dodik that have created an environment in which even assassination attempts on journalists who criticize the government take place, as was the case in August 2018, when BN journalist Vladimir Kovacevic was brutally beaten. Instead of learning a lesson from that and protecting all journalists equally and their right to freedom of expression, Dodik continues to target only certain media and journalists, and to exert daily pressure and verbal violence with the aim of seducing political and institutional censorship.

The Steering Committee of BH Journalists appeals to all media employees in Republika Srpska, but also in the entire territory of BiH, not to allow political interests to stand between them and their colleagues! Unconditional solidarity with colleagues while respecting professional and ethical norms during reporting, especially in situations when certain journalists and media find themselves “targeted” by politicians, has never been more necessary. It is also the only way to fight together for free and professional media, resistant to political influences, as well as for a safe environment for the work of all journalists in Bosnia and Herzegovina.