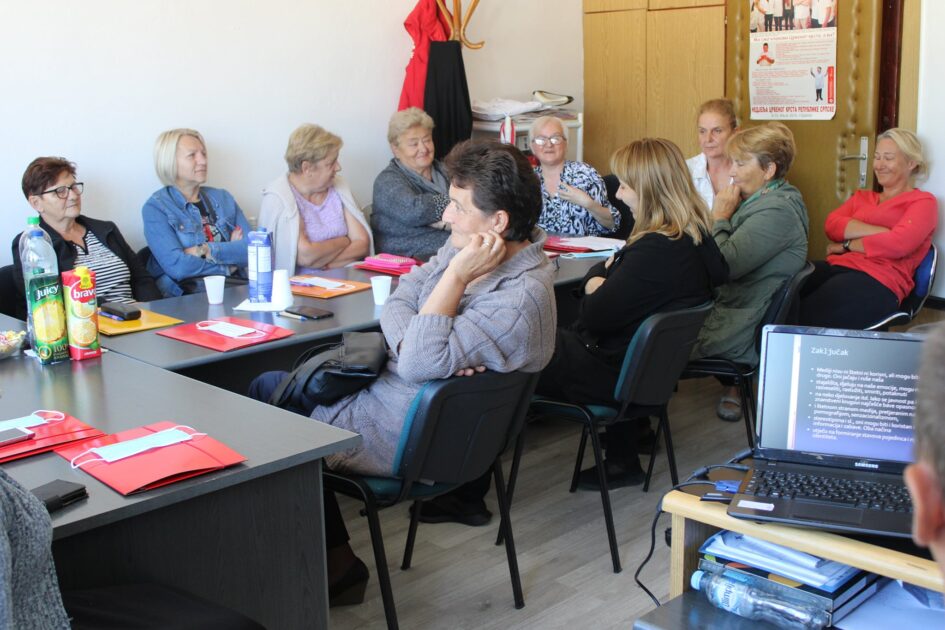 Bratunac, 02.09.2021.- A workshop on media literacy for marginalized categories of women was held in Bratunac within the project “Joint for better media literacy in the municipality of Bratunac” implemented by the Association of Women “Nature” and “Maja”.

The aim of the workshop was to improve the knowledge and skills of marginalized categories of women to assess media content and their interpretation, which will reduce the possibilities of manipulating this category.

After the introductory introduction, presentation of the project and clarification of the concepts related to media literacy, work was done on improving the skills of critical thinking that enable the selection of media content and their interpretation. Also, they discussed the function and purpose with which the media content is created, and its impact on the individual and the community.

The workshop was led by longtime journalist Nenad Petrovic, who concluded at the end of the workshop that more such activities are needed, due to the education of citizens on these topics, given that the topics covered were almost completely new to participants and had not encountered them before.

Emira Smajić, a participant in the workshop, expressed her satisfaction with participating in the workshop and also believes that it is necessary to talk more about media literacy, especially the critical way of looking at media content. Most of the participants were at the workshop dealing with these topics for the first time, while Stanislava Šakota, who has already participated in such workshops, because she writes blogs, said that the workshop brought her closer to some concepts, which will help her in her further work.

This project began its implementation in July this year with an initial workshop where representatives of NGOs, local government and local media expressed the need for cooperation in order to identify problems causing misinformation and hate speech in the community, and the need to create a “critical mass” and a platform for joint problem solving.

In the following period, another workshop for women on media literacy and research will be realized in order to better understand the habits of using the media as a means of public information and the level of media literacy in the municipality of Bratunac, with emphasis on marginalized categories of women. The research will be done through surveys / interviews with 100 respondents in the local community, and the results will be presented at the final round table. The results will also serve to continue activities aimed at improving the media literacy of the citizens of Bratunac. A campaign to raise awareness of the need to increase media literacy in the local community through the printing and distribution of promotional leaflets and radio shows is also planned.