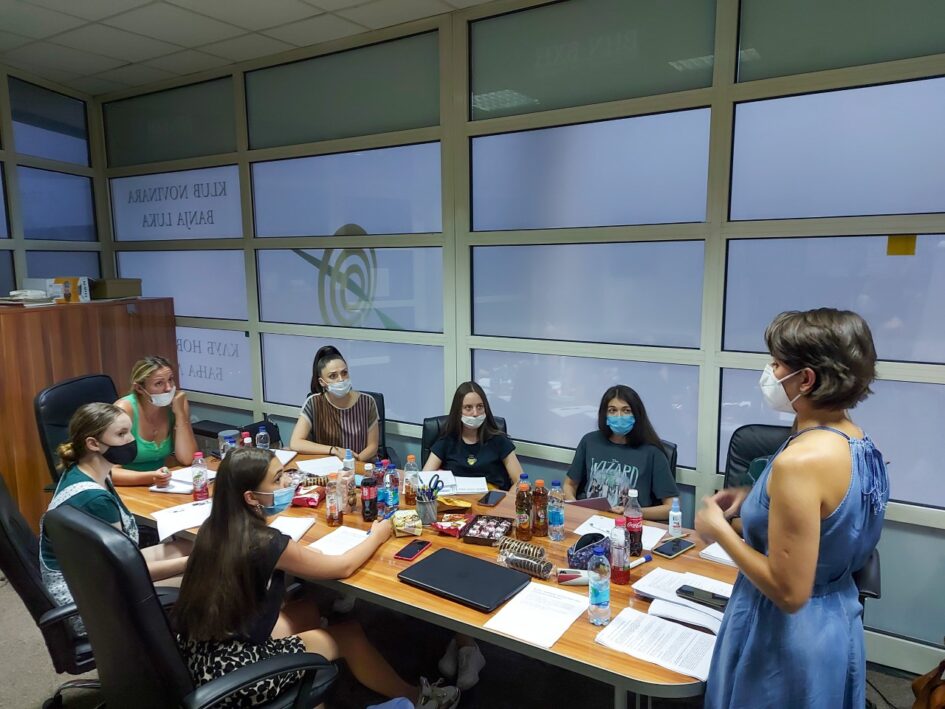 Banja Luka, 09.08.2021.- Portal eTrafika started the implementation of the project “It can be different” with the aim of preserving and protecting media freedom, independent journalism and media pluralism in local communities in Bosnia and Herzegovina.

The focus of the project is on improving the capacity of online media in BiH through educating 10 citizens to work in online media, and educating journalists and other media workers about their rights through the development of a media manual that will be distributed to media employees.

Workshops on online journalism were held from July 22 to 26 at the Journalists’ Club in Banja Luka. Coach Vanja Stokić spoke about anecdotes from the field, the most common mistakes in the reporting process, and analyzed the content that is placed in the media space. During the training, interview simulation exercises were performed, where the participants had the opportunity to get acquainted with different types of interlocutors. Future young journalists had the opportunity to talk to last year’s project participants who talked about their first steps in journalism, fears, but also future engagements, both in eTrafica and in other media houses.

Workshops on radio journalism were held from July 24 to 28, and coach Milica Pralica spoke about the experiences from the field, the way of preparing radio reports, as well as the editing process. After the theoretical part, the participants had the opportunity to go through the practical part.

Workshops on photojournalism were held from July 27 to 31, and coach Ajdin Kamber, after presenting a short theoretical part, had practical exercises in photography with the participants in the field.

Selected participants will have the opportunity to receive training in the field of online media and photojournalism, and will work on author’s texts and photographs under the mentorship of the editorial staff of the eTrafika portal.

At the end of the project, an exhibition of photographs taken by the participants will be organized, as well as the promotion of the magazine with their texts, and the best participants will have the opportunity to become members of eTrafica.