BH Journalists: The Ministry of Security and MOI USK must enable journalists to work freely and undisturbed 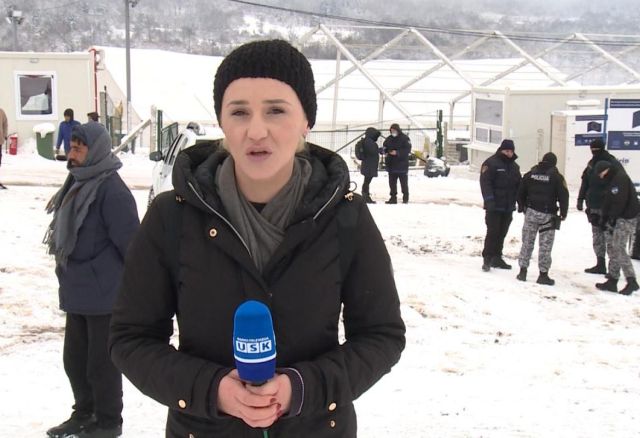 Sarajevo, 19.01.2021. – The BH Journalists Association and the Free Media Help Line (FMHL) sent a request today to the Ministry of Security of BiH, the Service for Foreigners and the Ministry of Interior of Una-Sana Canton to enable free and undisturbed work for all journalists and media professionals reporting on migrants in the USC territory.

According to the request, the Free Media Help Line received five reports from journalists about violations of their rights and media freedoms, restrictions on the movement of journalist crews, especially in the “Lipa” camp, as well as several violent attempts by police officers to confiscate cell phones and footage from certain journalists.

– The working conditions of journalists in the “Lipa” camp are especially difficult after the formation of a new camp with the mediation of the BiH Armed Forces, where the camp zone is not marked, there is no separate place for journalists to take statements from migrants or camp visitors, and where minimal needs for photojournalists and cameramen to take quality shots are not respected. We are especially worried about the fact that media crews are not allowed to approach the new “Lipa” camp and some police officers and inspectors, of their own free will, determined what journalists can and may film and what not!? With the abuse of police powers, some police officers harassed journalists, tried to take the recorded material from them or, with abusive words, drove them as far as possible from the “Lipa camp” –  stated the letter of BH Journalists to the competent institutions.

BH Journalists remind that such actions of the authorities are contrary to the rights of journalists to free and safe work and that they represent explicit violations of domestic legal regulations, international conventions and OSCE guidelines for the conduct of police in contact with the media. Representatives of the relevant institutions and camp officials are urged to ensure the smooth operation of all media teams reporting on migrants and the migrant crisis throughout the USC, and to stop “harassment, interrogation and illegal searches of journalists and cameramen”.

– At the same time, we expect you to immediately call to account all your police officers and inspectors who violently tried to confiscate mobile phones and destroy journalistic material, whose names are known to the Free Media Help Line, and to provide a separate place for journalists in camp “Lipa” where the crews will be able to film, talk to migrants and all other people working on repairing the consequences of the migrant crisis in the USC, if it is necessary for the construction work in the camp – says the request of BH Journalists.

BH Journalists and the Free Media Help Line will inform the Delegation of the European Union to BiH, the OSCE Mission and the Council of Europe Office and request their intervention if these requests are not met and journalists are further prevented from performing their tasks.