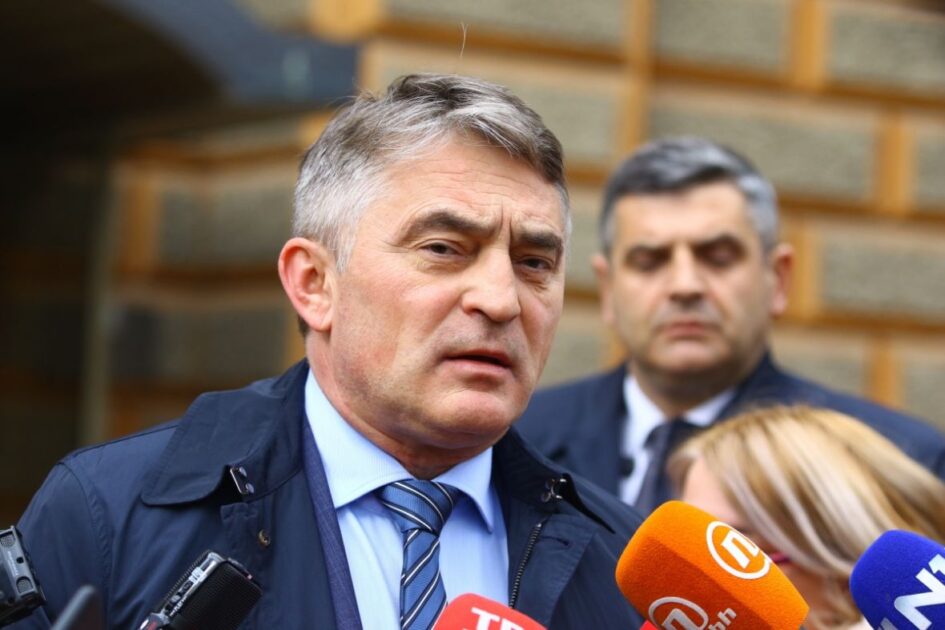 Sarajevo, January 7, 2021 – The Steering Committee of the BH Journalists Association asked Zeljko Komsic, a member of the Presidency of BiH, to carefully consider and sanction online attacks on journalists and media, incitement, insults and hate speech of his advisor Nihat Hebibovic, which continuosly last for the past year, mostly via social network Twitter.

In a letter sent to Komsic on Wednesday, BH Journalists demanded that legal measures should be taken against adviser Hebibovic, as his comments and posts on social media turned into a “targeted, organized and long-lasting chase against certain journalists and media in order to discredit them professionally, undermining their personal dignity and endangering their safety“.

“The content of most of these comments is contrary to the rules of professional, decent public communication, which should be respected by a person in the position of advisor to a member of the Presidency of BiH. Not only does he use inappropriate vocabulary, advisor Hebibovic writes the most mundane lies and insults about journalists and their work, using discriminatory rhetoric, verbal violence and hate speech”, warns the Steering Committee of BH Journalists.

The Association reminds that they previously reacted with a public statement to similar actions of advisor Hebibovic, expecting that he himself would stop abusing his public position and violating media freedoms and journalists’ rights, or that Komsic would take legal and other institutional measures available to him as a member of Presidency of BiH. They also allege that online violence against journalists, carried out by Komsic’s advisor, is a serious crime, defamation and insult, and at the same time destroys the reputation of the highest state body.

As there was no reaction from Komsic’s cabinet, as evidenced by the undiminished chase of advisor Hebibovic on journalists and media in BiH, the Steering Committee of BH Journalists decided to request an institutional reaction and his sanctioning.

BH Journalists state that their request is based on the BH legal framework, which protects the professional rights, safety and dignity of journalists and prohibits any kind of violence, even through social networks. They emphasize that Hebibovic pursues journalists via Twitter and other social networks during working hours, which practically means that “he threatens journalists from the premises of the Presidency of BiH, slanders them and sends inflammatory and insulting messages.”

“Your advisor is abusing the public position and IT resources of the Presidency of BiH in order to carry out online violence against certain journalists and media,” BH Journalists point out, noting that “similar public action of persons in positions paid by citizens’ money would be unthinkable in normal, democratic countries“, and such person would be immediately relieved of duty.

The Steering Committee of BH Journalists concludes that it rightly expects Komsic to seriously consider the inappropriate and illegal conduct of his own advisor and to take the measures prescribed by BH laws and internal acts of the Presidency of Bosnia and Herzegovina.