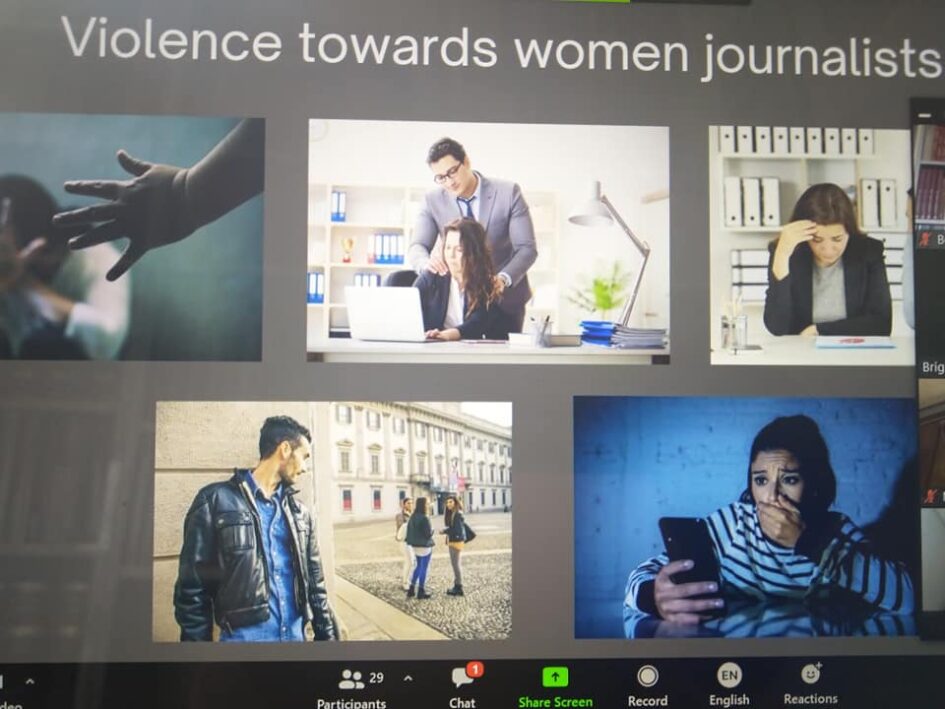 Sarajevo, November 23, 2020 – The Gender Council of the International Federation of Journalists (IFJ) adopted a declaration at an online meeting on October 27 this year, drawing attention to the position of female journalists in the media, as well as the growing exposure of female journalists to violence and harassment in the workplace. 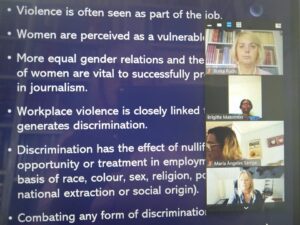 The Gender Council of the International Federation of Journalists notes that women journalists are particularly affected by the current pandemic as the conditions in which they work have worsened due to the widespread introduction of teleworking, cuts in working hours and wages and the stress of balancing work and family life. The Council therefore urges IFJ unions to promote standards in their countries to regulate everything related to teleworking and to facilitate its introduction into collective bargaining.

It also calls on the IFJ Executive Committee to increase its efforts, in conjunction with other international organisations, to ensure that gender equality remains a priority and is not relegated to an afterthought of covid-19. 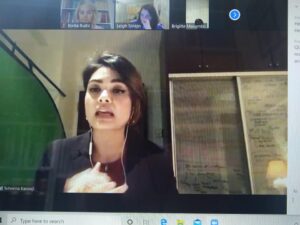 The Gender Council also encourages member organisations to support and urge their governments to ratify ILO Convention 190 on the elimination of violence and harassment at work.

– The Council welcomes the fact that the IFJ has developed its own policy against harassment in order to avoid undesirable situations within the organisation. It calls on IFJ member unions, if they do not have similar ethical standards, to adopt them as soon as possible with the aim of zero tolerance towards harassment and violence. The Council calls on the IFJ Executive Committee to increase its efforts to advance equality and therefore, in view of the next Congress, to increase the presence of women in delegations and calls on unions to include women journalists in their representation and to encourage them to participate in the work of this Gender Council – states the Declaration.