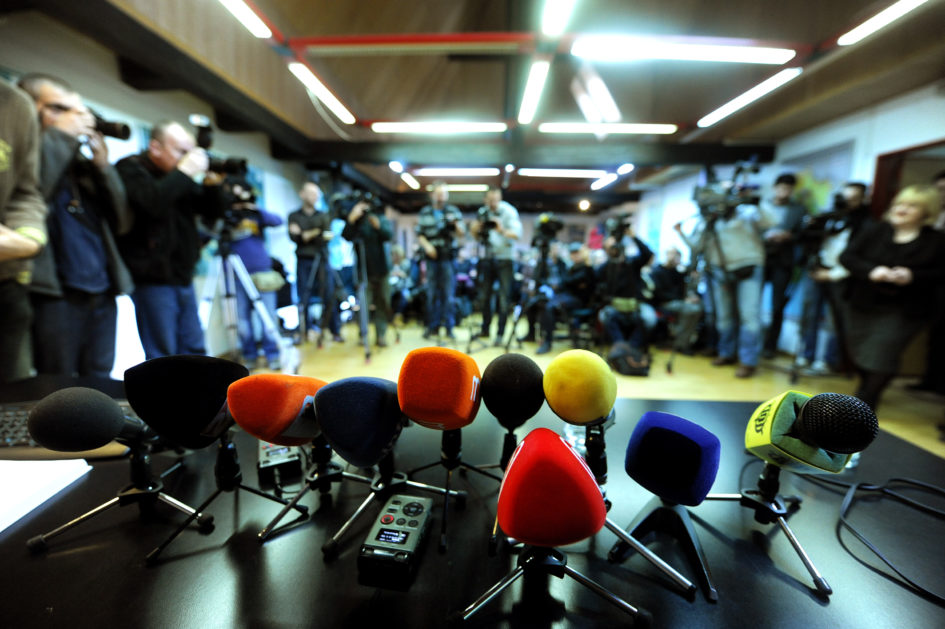 Sarajevo, 16.11.2020. – BH Journalists Association organizes the presentation of the report “Indicators for the level of media freedom and journalists’ safety in Bosnia and Herzegovina 2019”, which will be held on Friday, November 20, 2020 at 12 o’clock, at hotel “Marriott” in Sarajevo.

This Report was produced as part of the fourth regional assessment of the media freedom and journalists’ safety in Bosnia and Herzegovina. At the presentation of the Report, we will discuss not only on media freedoms, physical and verbal attacks on journalists and their processing, but also about the overall media image and environment in which journalists work in Bosnia and Herzegovina today, as well as their economic position and the legal framework within which they operate.

Based on a common research methodology specifically developed for this purpose, these organisations collect data each year, evaluate recent developments and engage in advocacy activities to change the political, legislative and institutional environment in which journalists and the media work.

The results achieved in the first three-year cycle have shown that journalists’ associations in the region can play a decisive role in advocating for greater media freedom. The European Union has recognised this achievement as a key step towards the comprehensive democratisation of Balkan societies, and decided to continue supporting the Regional Platform in the coming years.

Given the current epidemiological situation, the event will be organized so that a certain number of participants (max. 12 persons) will be present at the presentation in Sarajevo and other participants will join us via Zoom platform.