The media should set standards in the fight against hate speech 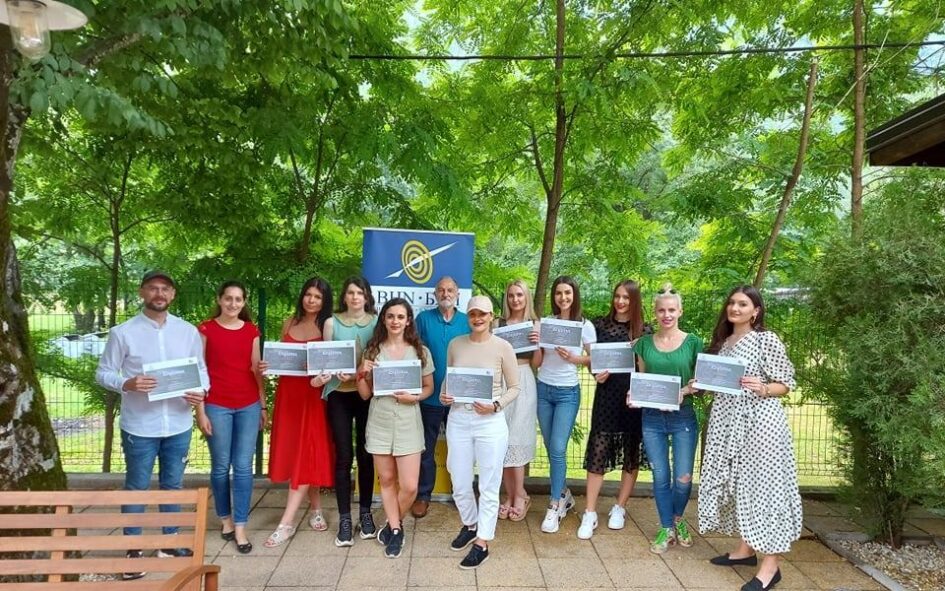 “The media should respect professional standards and human rights, warn and publicly criticize hate speech, and sanction media users who spread hate speech” – is the message of the Journalism Academy 2020 entitled “Journalists against hate speech” held on June 26 until July 3, 2020 on Boracko Lake, organized by the BH Journalists Association.

During the seven-day training, 24 students and young journalists from all over Bosnia and Herzegovina had the opportunity to talk and discuss with media professionals, professors of journalism, representatives of institutions and NGOs about hate speech, and the ways in which they as future journalists and the creators of social reality can oppose intolerance and hate speech, but also how the media can deconstruct hate speech in public space.

Member of the Complaints Commission of the Press and Online Media Council dr. sc. Enes Osmancevic talked with the participants about self-regulation and media reporting in post-conflict societies, but also about the Press and Online Media Code, which obliges journalists to work in the interest of the public and all social groups. “Hate speech in the media has not disappeared. He has evolved, changed form and carriers. Instead of hatred towards members of other nationalities and religious affiliations, which is characteristic of public communication in the 1990s, ideological exclusivity and intolerance are now dominant, “said Osmancevic.

Lamija Silajdzic, assistant at the Faculty of Political Sciences in Sarajevo, discussed with the participants the fight against hate speech in public communication and the media, ie what each of the actors in the communication process should do regarding hate speech. “Legislatures should expand the legal basis for sanctioning hate speech in 4 Criminal Laws in BiH, sanctioning political officials who spread hate speech, and protect the person and / or group against whom hate speech is directed,” said Silajdzic, adding that all together we must further educate, openly and tolerantly discuss publicly, respect the rights of others, and react and report hate speech.

Fatima Becirevic from the Gender Center of the Federation of BiH spoke to the participants about the role of the media in reducing stereotypes, prejudices and hate speech towards women, and especially towards women victims of gender-based violence. “Every public person must be aware that he is responsible for the words spoken or published in public. The media are especially exposed to the eyes and assessment of the public and as such should set standards and help create such a social environment in which insults at any time should be condemned, and should not be accepted as a standard to be followed, “said Becirovic.

Participants of the Journalism Academy 2020 were students of journalism and communication from public and private faculties from all over Bosnia and Herzegovina, as well as young journalists and editors from several online portals.

Belma Kasumović is a fourth-year student at the Faculty of Philosophy in Tuzla and says about the Academy of Journalism: “Problematizing hate speech in the media and public communication is the basis for creating a more professional and responsible media environment, and ultimately a more humane and tolerant society.”

Merima Mustafić, a second-year student at the Faculty of Media and Communications in Travnik, is of a similar opinion: “The Academy of Journalism is a top opportunity to push the boundaries, set limits on impatient and inflammatory speech in public. “

Ana Bubalo, editor of ljportal.com from Ljubuski, and the photographer was also a participant of the Journalism Academy 2020: “I have been present in the media for many years and for me this is another opportunity for learning and professional development. I know, I want to and I can work much better. “

Mirnes Bakija, a journalist from the Center for Post-Conflict Research and the PR organization “Ostra nula”, says: “It is my pleasure to be a participant in the Academy of Journalism, and this program will certainly help me in my future professional development. Such programs are very important for us young journalists in order to recognize hate speech in the media, point out problematic content and react. “

After the Journalism Academy, participants will have the opportunity to create a series of analytical / research stories about hate speech and the deconstruction of hate speech in public space, and thus contribute to building a democratic, tolerant and open society. BH Journalists Association prepared symbolic awards for the six best stories.

The Journalism Academy is a summer educational camp, organized by BH Journalists Association since 2013, and held with the support of the Embassy of the United States of America in BiH.