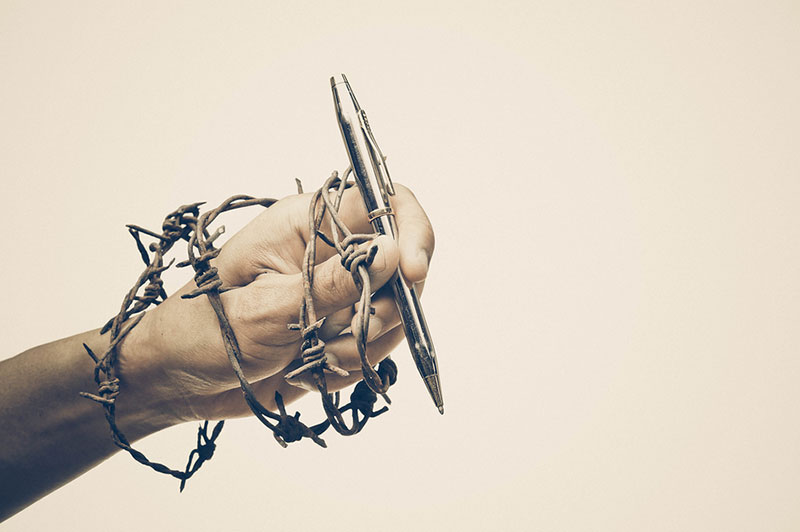 Sarajevo, 04/28/2020 – The BH Journalists Association and the Free Media Help Line wrote to the Institution of Ombudsmen/Ombudsman for Human Rights of BiH requesting that this institution issue a Finding, Conclusion or Recommendation regarding the Order of the Crisis Staff of the Federation of BiH, the Crisis Staff of the Canton of Sarajevo and the Crisis Staff of Herzegovina-Neretva Canton, which refers to the ban on the presence of journalists and the media at press conferences of these bodies, formed during the pandemic of Covid-19.

– The BH Journalists Association welcomes the decisions of the crisis staffs and the governments of the Federation of BiH, Sarajevo Canton and Herzegovina-Neretva Canton to establish a media pool as a safe and reasonable way to organize press conferences in this crisis period. However, at the same time, we warn that organizing press conferences without the physical presence of journalists, as well as excluding the possibility of their direct dialogue with public officials during the conference, necessarily leads to censorship, incomplete informing of citizens and possible political manipulation of certain information – says the letter from the BHJA to the Institution of Ombudsmen/ Ombudsman of BiH.

– The BH Journalists Association considers these decisions to be political and manipulative, and directly pointed against media freedoms and the right of journalists to access public events and information in a free and non-discriminatory manner. We also see these decisions as an attempt to institutionalize censorship, a “cover” to avoid answering questions of public importance and directly violating citizens’ freedom of information in the Federation of BiH, Sarajevo Canton and Herzegovina-Neretva Canton.

For all the above reasons, we invite you to issue a Finding, Request or Recommendation to the crisis staffs mentioned above which endangered media freedoms in Bosnia and Herzegovina with these decrees, all with the aim of easing or completely abolishing the orders issued – concluded the letter from BH Journalists.

BH Journalists and the Free Media Help Line asked the Ombudsman to comment on the Order banning disturbance of public order and peace by causing panic and disorder in the area of ​​the Municipality of Stari Grad Sarajevo, which was issued on April 10 this year. The said order prohibits “the presentation or transmission of panic-causing news, interfering with the enforcement of decisions and measures by municipal authorities and other institutions” through the media, social networks and other communication means, with sanctions for potential offenders from 1,000 to 9,000 BAM.

– This order represents a harsh attack on freedom of the media, freedom of expression and the right of individuals to publicly express their views, and gives disproportionately large rights and opportunities for individuals, in this case to persons from the Municipal Civil Protection Staff of Stari Grad Sarajevo, to censor the media and restrict citizens’ right to freedom expressions through social networks. A similar order was issued in Republika Srpska on April 6, but it was repealed late last week under intense pressure from the public, the professional journalistic community and the civilian sector – BH Journalists recall.

In the coming period, the BH Journalists Association will conduct a survey among journalists and the media outlets about violations of the right to freedom of expression and freedom of access to public information by crisis staffs in Bosnia and Herzegovina.