Sarajevo, March 28th – Media crews reporting daily on the coronavirus pandemic in Bosnia and Herzegovina have faced, similar to general public, with a lack of protective equipment – masks, gloves and disinfectants – that would reduce the risk of disease and the spread of coronavirus.

A survey conducted by the BH Journalists Association showed that a large number of media outlets do not have protective masks, gloves or disinfectants, despite the fact that their teams are on the field every day, as well as in the studio and editorial offices, and follow all current events regarding a coronavirus pandemic. 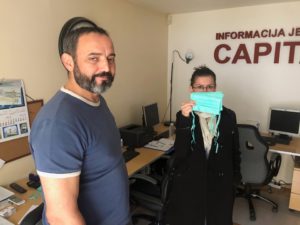 However, in the last few days, several socially responsible companies have contacted the BH Journalists Association on their own initiative and offered to donate a number of protective masks and gloves to media employees, which makes it much easier especially for journalists, cameramen and photojournalists to report about the situation on the ground. 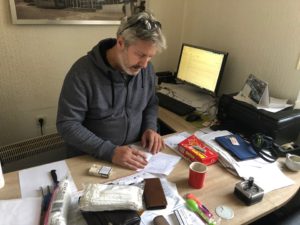 Hifa Petrol company has donated 1000 protective masks and 1000 pairs of gloves, which were distributed through the BH Journalists Association to employees of 10 media outlets in Sarajevo, and for about 50 media outlets in the Zenica, Banja Luka, Mostar and Tuzla regions, while on March 24 the Prevent Group concern donated 400 protective masks, which were also distributed to the media in several cities. 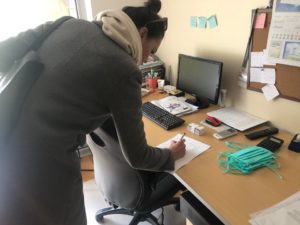 Another delivery with the same quantities of masks and gloves is expected from Hifa Petrol next week, and that will be distributed to 50 more media outlets across BiH. 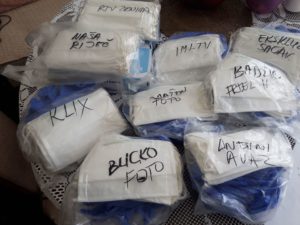 The BH Journalists Association invites other successful BH companies, as well as relevant institutions – governments, crisis staffs and health ministries – to follow these examples and help the media outlets in securing sufficient quantities of medical packages (protective masks, gloves and disinfectants) so that they can continue their work and professionally inform citizens in a timely manner, without endangering their own or others’ health.