Journalists protest in Sarajevo: Law needs to be changed and profession protected 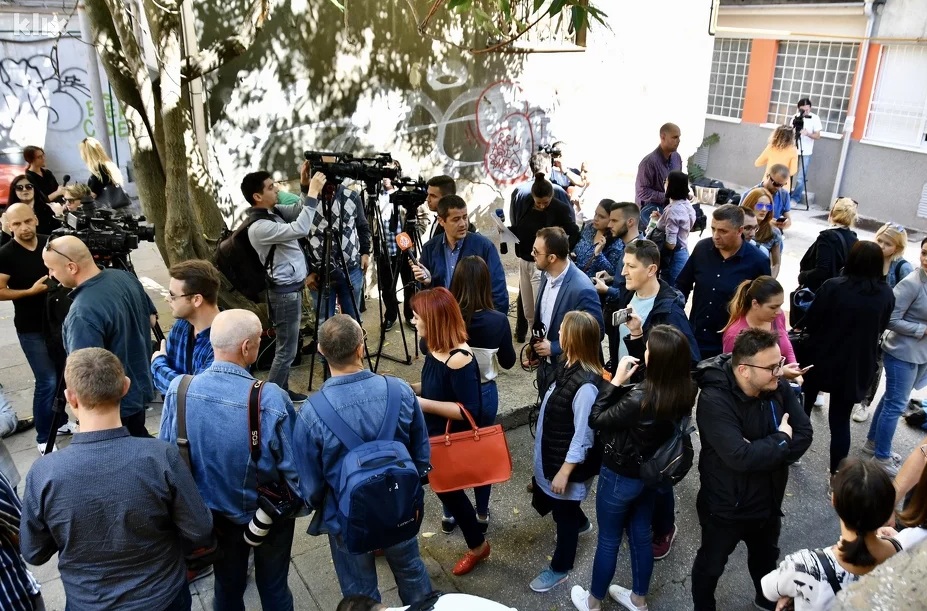 Secretary General of the Society of Journalists Fedzad Forto said it’s a frightening fact that 50 serious attacks on journalists are outdated.

Faruk Vele addressed on behalf of the Radio Sarajevo portal and said that today journalists have gathered to support all colleagues who have suffered some type of pressure or attack.

“This is support for colleagues Gordana Katana, Meliha Smajkic, Vladimir Kovacevic and all my colleagues who have been attacked in recent years. It is very difficult to be a journalist in BiH and it is becoming increasingly difficult to do this job every day. We want to say to the state: Protect us, we have the right to work and to freedom”, said Vele.

After the gathering in front of the FC Sarajevo headquarters, a group of journalists headed to the Prosecutor’s Office of Canton Sarajevo building and then to the State Parliament.
Klix.ba, Sarajevo, 30/09/2019