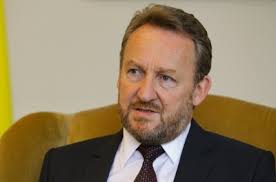 SARAJEVO, 01.04.2019.- Steering Committee of BH Journalists Association sends a public protest to the president of the SDA Bakir Izetbegovic, for politically irresponsible appearance and attempts of relativization a physical attack on Adija Kebu, a photographer of the Zurnal. At the SDA press conference, held on Saturday, Izetbegovic said that Huso Cesir, leader of SDA Novi Grad, “did not attack the photographer but the camera”, thus justifying violence in the most direct way and violation of media freedoms in BIH, including right on safe and dignified work.

Apart from being an example of political ardor and stupidity, Izetbegovic’s statement on “camera attack”, is a worrying attempt to defend Huse Cezar’s criminal act and solidarity with him, just because of membership in the same political party and alleged “war merit”, suggesting that in BiH they also need to sacrifice media freedom for the war merit of individuals. The Steering Committee of BHJA considers it unacceptable any justification for the attacks on journalists, especially not in the context of war or another merit, and the least that the journalist community expects from Mr. Izetbegovic and the most numerous Bosniak political party is the conviction of the criminal offense and public apology to Adi Kebi and to the Zurnal portal.

In the same domain of political manipulation and blurring of the background of the attack on the photographer Zurnala – and it is writing of this portal about the criminal and corrupt business ventures of Huse Cesira, politicians and owners of several private companies – is Izetbegovic’s invitation to journalists’ associations to “out of their ranks only one” journalist “to whom the truth is not holy”.

We remind Mr. Izetbegović that the journalist and media community is the only profession in this country that has been systematically and responsible for more than two decades engaged in sanctioning the unprofessional treatment of journalists and media through the Press Council and the Communications Regulatory Agency. Additionally, every citizen of this state, including politicians and businessmen Huso Caesar, has the option to use legitimate means of denial, letters to editors, a complaint to the Press Council or CRA and filing a lawsuit for defamation.

In that context, Steering Committee of BHJA  invites Mr. Izetbegović, before moral lessons, to sends a public apology to all journalists in BiH for the behavior of his party colleague Cesira, but also because of his own, unmeasured and politically incorrect opinions about the violation of media freedom.