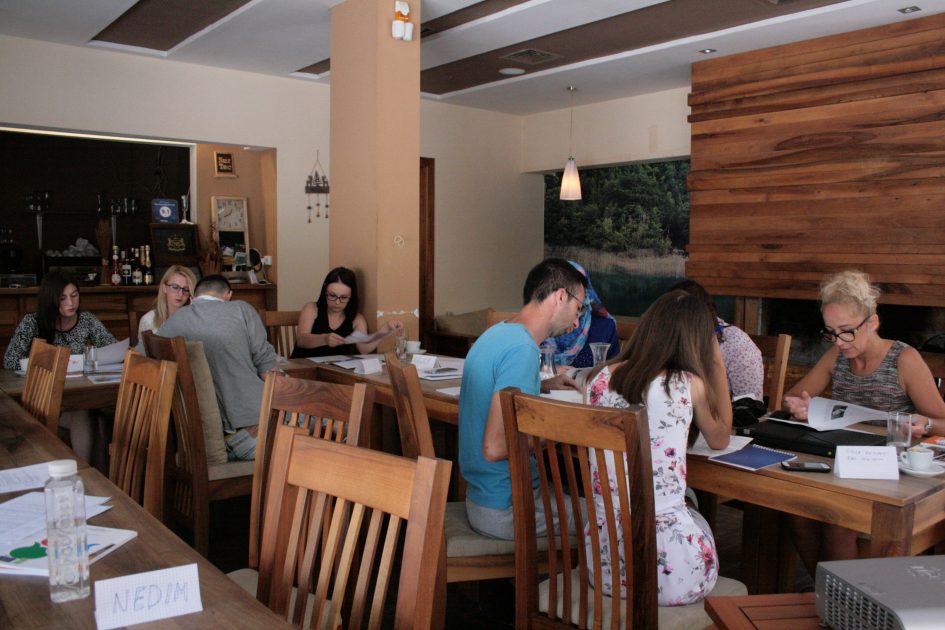 Boracko jezero, 11.07.2017-Lecture by Azra Maslo from the Communications Regulatory Agency (RAK) on regulatory rules for electronic media, as well as fair, uniform and comprehensive reporting in the provisions of the Code on Audiovisual and Radio Media Services opened the second day of the Journalism Academy 2017 .

“The media accept the regulation because they understand that the rules are one of the ways to protect themselves from political, economic and other pressures,” Maslo pointed out.

Participants also had the opportunity to discuss with Maida Bahto Kestendžić from the Press Council on self-regulation and reporting in post-conflict societies, but also on the Code of Press and Online Media in BiH. On practical examples, participants discussed citizens’ complaints about unprofessional reporting of print and online media.

“Freedom of expression and freedom of the media is the basis of a democratic society and should be the basis of our society as well,” Bahto Kestendzic emphasized.

On the second day of the Academy, the documentary “Apostles of Good” by Zeljka Mihaljevic and Maja Ledjenac was shown, produced as part of the series of films “Living Together”, dedicated to the civic courage of individuals and their deeds during the past war in the former Yugoslavia.

On the third day, the participants had the opportunity to listen to lectures by Prof. Dr. Enes Osmancevic and Assoc. Dr. Mirza Mehmedović on the standards of fair, balanced and objective reporting on sensitive topics related to war, crimes, persecution of the population and other forms of human rights violations.

The thematic evening of the third day of the Academy of Journalism was filled with the documentary “Srebrenica-Memory for the Future”, authored by Dinno Kassalo, whose films received the most significant world awards.