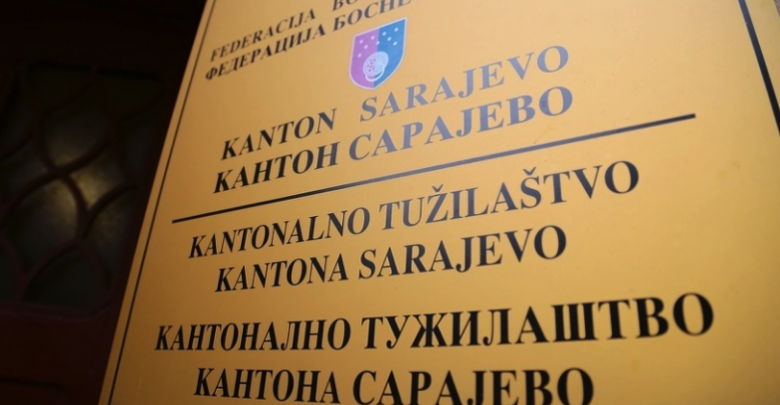 Cases of violations of media freedoms and liberties, assaults and attacks on journalists have mostly been displayed through various views and one of the most frequent ways here include violence against journalists in public media and online field. Numerous international documents, recommendations and guidelines, as well as court practice by the European Court for Human Rights has labelled and designated journalists as “public guiding dogs”, thus imposing official authorities with certain duties and obliging them to protect media staff with additional caution, in order to enable notable contributions to public debates and discussions.

Article 10 of the European Convention for the Human Rights and Fundamental Freedoms, guarantees freedom of expression, including the possibility to have access to information; rights to public supervised journalists’ role and other media entities, as well as rights to open and energetic public discussions which altogether represent core importance in any democratic society. International community has several times outlined the necessity for more effective implementation of the existing international and regional standards and better conformance with the existing mechanisms and following initiatives. Therefore, the Recommendation CM/Rec (2016)4 by the Council of Europe Committee of Ministers, (regarding the protection of journalists and journalists’ safety and other media staff) defines a whole line of required measures that relate to criminal prosecution, that is, the duty by the governing officials to implement more effective murder investigations, assaults, attacks and harassments of journalists. The governing officials are expected to take all reasonable steps and collect required evidence concerning particular accidents, to confirm the facts, identify the perpetrators and finally (if appropriate) fine and punish those responsible. The Recommendation also defines that investigations should be conducted by governing officials having adequate, appropriate and required special trainings completed within the field of international norms and protection of human rights.

During the last four years period, Prosecutor’s Office of Sarajevo Canton pressed four legal charges due to threats imposed against journalists, with two of them being completed with criminal convictions; one case was completed with a verdict of release while the remaining case was still under legal procedure. In at least two cases with journalists being damaged parties, the order brought by the official judicial authorities demanded the termination of investigation because of lack of required evidence and one of these cases was forwarded to further processing based on criminal responsibility.

Therefore, there were not any cases with homicides involved, including serious injuries; instead, the cases mostly related to threats or criminal deeds of safety endangering and criminal deeds of violent behavior and conduct. There were several cases regarding IT assaults whose investigation was more complex due to the way of evidence collecting.

As far as process of proving itself is concerned, in practice of criminal deed of safety endangering, it is important to outline that this process does exist in reality when a perpetrator endangers and jeopardizes safety of any person by directing and addressing a serious threat, threatening that she/he will assault or attack the life or body part of a victim, thus causing disturbance of citizens and the law defines that this particular criminal deed shall be fined and punished with up to six months of imprisonment. How are these threats crucial for the existence of the above-described criminal offences, the question is what does the threat actually represent and mean in reality? Taking into consideration that concrete answer to this question is not defined by the Criminal Law, courts (during their practical procedures) use most acceptable definition from the legislative theory field and that is that threat actually displays an appearance of causing certain evil deed. Words are mostly used to impose threats by taking, for instance, an object with hands by which one can cause harm and injury to other party (entity) and these could include arms, certain tools or similar objects. Evil described above may be of a different nature. As far as safety endangering is concerned, it relates to assaults (physical attacks) imposed against life or body parts of the other party (entity) which means that, in terms of protected goods, this regards to life and body parts only. Since criminal offence defined as “Endangering/jeopardizing safety”, relates to safety endangering/jeopardizing, that is, peace and serenity of a certain person, this practically means that the threat itself must cause particular effects against the person against whom it had been directed, that is, it must present a potential victim with a feeling of uncertainty, fear and disturbance, which again means that such threat must be serious and feasible.

Bearing in mind that seriousness of threats cannot be measured by objective criteria, courts in every concrete case assess the seriousness of threats through individual cases, taking into consideration the person against whom the threats were directed; the person who directed the threats and all other circumstances of the case, having in mind that threats may be conducted into reality, that is, evaluating their feasibility being at the same time particularly cautious as far as crucial and core emerging the incrimination consequences. Should the accused person, that is, his/her words, directed against the victim, lack the element of seriousness, this particular conduct of the accused according to court assessment and indicated in one of its verdicts, is excluded as criminal offence leaving thus, in the field of eventual criminal responsibility from the field against public safety and order.

With such criminal and legislative framework, respecting the significance of journalists’ protection, Prosecutors’ Office of Sarajevo Canton have decided to act proactively taking thus several concrete and organizational steps and measures.

After having consultations with key participants of journalists’ protection chain, including media freedoms and liberties, BH Journalists Association, OSCE Mission to BiH, the Institution of the Ombudsman of BiH and members of police agencies, the decision was made regarding the leading of advanced evidence about the cases concerning assaults and attacks on journalists in order to have a special monitoring and supervision over them by the Office of Chief Prosecutor thus having most accurate and updated information and data regarding such cases.

Furthermore, cantonal prosecutor has been appointed and was expected to act as contact point on behalf of Prosecutors’ Office in regard with communication and coordination with journalists’ associations, including agencies responsible for law implementation and dealing with discovering and prosecuting criminal offence perpetrators directed against the persons performing their duties considered as public duties in the field of informing. Appointed prosecutor shall undergo additional education in the field of human rights protection which shall definitely contribute in larger level on institutional sensibility and creating professional environment, additionally motivated for advancing the work, according to international standards in this particular field.

Finally, we decided to go for strategic effective and efficient criminal and legal journalists’ protection and other media staff and generally the protection of all other entities taking part in public debates by demanding that all criminal deeds undergoing this particular category regarding victims shall be considered and treated as priorities. Chief Prosecutor’s Office shall supervise and monitor effective and legal procedures conducted by prosecutors in these specific cases.

Taking into consideration all specificities of the institution of Sarajevo Canton Prosecutor’s Office through the number and cases complexities and due to our local and real competences, including recommendations that these cases shall expose and reveal the role of instigators, organizers, agitators, assistant and helpers (particularly when public figures commit assaults or attacks), we believe that these activities display reasonable measures in terms of strengthening and reinforcing our capacities and that they had already proved to be effective in reality. Namely, we trust that these measures may have a preventive and dissuasive effect in sense of reducing assaults and attacks and that, in the forthcoming period, it shall contribute in creating better results in processing criminal offences where journalist are actually victims. Additionally, we shall attempt to make an impact in obeying and respecting criminal policies through legal charges and lawsuits.

We also find that there is enough room for advancing journalists’ protection and that prosecutor’s offices may make a contribution in public discussions and debates, regarding eventual amendments of criminal legislation that should treat journalists’ statuses in the direction of more effective protection through either additional legal regulations of their modelling or through defining new criminal deeds or amendments of the nature of the existing criminal deeds with the purpose of attaining less complex proofs concerning those characteristics of criminal deeds that in reality proved as solid reason sufficient to terminate the investigations by passing (bringing) verdicts of release (proving the seriousness of threats above all).

We are convinced that, through the implementation of international standards of journalists’ protection, including stronger cooperation of all parties involved, professional journalism shall make progress and strengthen its role in democratic societies, while, on the other hand, Prosecutors’ Offices shall reinforce their resources in terms of additional education programs and trainings thus making significant contributions of transparency also strengthening and reinforcing the rule of law.

(The authors are the prosecutors of the Sarajevo Cantonal Prosecutor’s Office. This article was published in the E-journalist bulletin)