Journalists do not want only spokespersons as collocutors 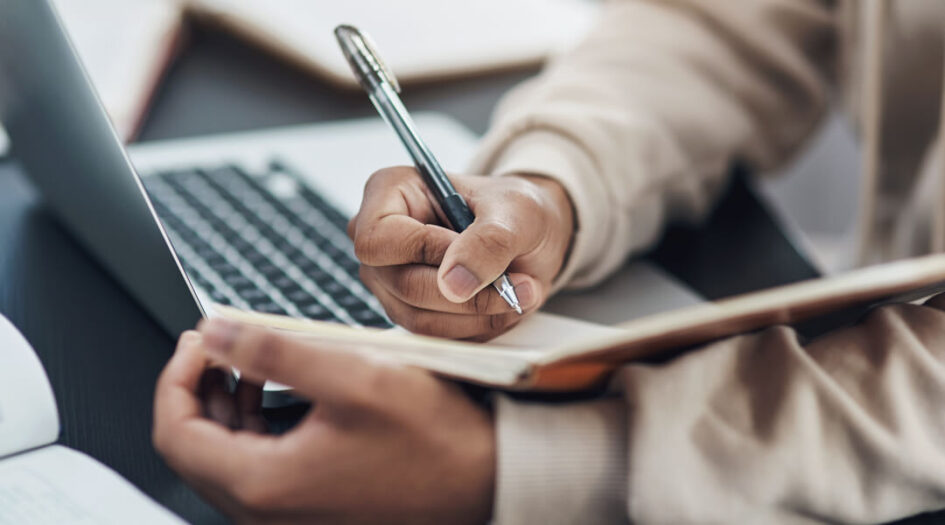 New Communication Strategy by High Judicial and Prosecutorial Council BiH has been well planned and designed but has still not become a compulsory obligation for judicial institutions. For that reason, it could not solve problems that journalists have been facing during their communication with certain judicial institutions and their officials. Journalists with whom we have talked to, have shared this view (officially and unofficially), regarding advantages and disadvantages of new Communication Strategy.

Actually, things shall remain the same; judicial institutions that have not been transparent until now shall still remain non – transparent. Journalists have been experiencing problems while selecting their collocutors, in regard with judicial institutions (which have appeared to be transparent in their work), in terms of having developed communications through their spokespersons or persons in charge with communication process with media houses. According to journalists, in most cases this proved to be insufficient.

Journalists have been compliant regarding certain and specific cases where they required direct statements by prosecutors or courts (also court presidents or chef prosecutors).

Amra Brkić-Čekić, editor of crime affairs section in Oslobodjenje (local daily newspapers), claimed that everything written in the Strategy was in form of guidelines, but non – compulsory for those that should follow it and she has wandered “what was the point of all of this is, if it was not to be obligatory”.

“Strategy was well designed, but if it could not be implemented or if it were going to be partially conducted, what would be the purpose of it? In part of it, it said that media should have shown more interest for judicial reform and that media should have reported more on the work by judicial institutions. On the other hand, in another part of Strategy it was outlined that media should be able to talk with persons appointed by court presidents, chief prosecutors Etc. Therefore, media representatives could not choose whom they shall be talking to.

Strategy constantly repeated that solid cooperation between judicial institution and media representatives would be desired, however it would not specify how to attain this”, stated Brkic – Cekic.

She believed that journalists shall still have problems when trying to get to prosecutors and judges in charge with cases they consider interesting.

Nermina Kuloglija-Zolj, female journalist from BIRN, reckoned that new Communication Strategy unfortunately has still not represented a solution to the problem that journalists have been encountering and facing during daily communication with judicial institutions.

“One of the major obvious problems of this Strategy (which was highlighted), as far as Guidelines on releasing court decisions brought by High Judicial and Prosecutorial Council was concerned, was that these documents were not compulsory; which meant that no judicial institution could have been legally held responsible and obliged to implement the measures that had been defined and planned; nor there would be no sanctions imposed for failing to implement them”, claimed Kuloglija – Zolj.

This particular approach would thus leave an open space for institutions whereas they would be able to decide what exactly they would want to advance in their work and to what extent they wished to be transparent or not.

“Strategy has not defined the solution to direct communication with media representatives, in terms of not having established public relations department, that was, no plans had been made in terms of allocating spokesperson to each prosecutors’ office or court, considering the fact that persons appointed to public relations issues have often been working for different departments within judicial institutions. I believe that, with all due respect to persons performing this participial job, appointing specific persons to deal with public relations only would provide faster, quicker and more appropriate and simpler communication flow.  These persons could act as correspondents between journalists and holders of judicial functions in their communications, bearing in mind that in this particular case we reflect to an absolute closeness of judicial institutions, as far as their the openness and will to communicate by holders of judicial functions was concerned”, claimed Nermina Kuloglija-Zolj

Public requirements are vast. Our collocutor claims, at the same reminding that we refer to “judicial system where public has almost no trust in this system and about system that has (on daily basis) been experiencing numerous obstructions, taking into consideration affairs and problems that the system has been encountering.

“Ensuring larger amount of transparency should be a pre – requisite that juridical institutions should fulfil and oblige in order to get closer to public and thus provide them, before anything else, with a complete comprehension and utter understanding of their work. However, this particular strategy, as we can see, does not include decision exemplifying and problem occurrence on neither daily basis, nor are they considered as important tool and measure that should be introduced and subsequently conducted”, outlined our collocutor.

As far as actions taken by certain holders of judicial institutions are concerned, it does not necessarily have to be a daily – routine offset. However, we often witness that, during entire year we cannot see or hear representatives of juridical institution appearing in public, which afterall makes understating and comprehension process even more complex, but it makes significant impact on public perception as well.

“I believe that this Strategy, six year after it had been designed, shall not produce significant results and steps forward and that potential by juridical institutions have not been fully used or may have been used by certain educations programs.

Releasing and revealing of court and prosecutorial decisions is yet to be resolved and actions by holders of juridical institutions, spokespersons appointing, replying and responding to enquiries forwarded pursuant to Law on Free Access to Information, including associated enquiries, altogether remain problems that have not been addressed to”, Nermina Kuloglija-Zolj finally concluded.

Unlike journalists who consider that core and fundamental issues shall remain intact, as far as their role in this process is concerned, Samir Beganović,  secretary of Brcko District Prosecutors’ Office of BiH, reckoned that that this strategic document has had the ambition to, apart from defining and determining goals, including messages and communication principles, as well as defining target groups and communication channels, ensure and provide strategic guidelines required for advancing the transparency process in the entire juridical system.

“Starting from these, roof aspects of strategic communicating with public, all judicial institutions, including Brcko District Prosecutors’ Office of BiH, during the designing of communication strategies have universally defined pattern and way of conducting with general public. This mostly related to firm and solid determination towards establishing and sustaining a long – term relations with media houses, including citizens and other forms of public sphere, as far as the institution that I have been working for and job that I have been doing is concerned. All of this should at the end, leads us towards creating and designing a positive public opinion regarding specific work by judicial institutions and enhancing and strengthening trust with judicial system. Through daily and strategic, particularly through proactive and even crisis communication, it is crucial to pass key messages to general public that may basically be considered as two types of communicating. Firstly, judicial functions and proper conducting should provide necessary contribution to justice execution and strengthening and enhancing the rule of law. Secondly, and this is particularly important to prosecutors’ offices where appointed functions should be conducted in completely independent way; they should be efficient and effective with utmost work quality displayed, including institutional integrity and transparency”, claimed Beganovic.

Social media as part of the Strategy

According to his own opinion, as far as Communication Strategy by the Council is concerned, it is important to outline that strategic framework required for using modern technologies shall emerge as most recent tool, including social platforms allowing and enabling fast and accurate interaction and information exchange as well. In this context, the Strategy directly and systematically confirms the necessity of using social media sources for business purposes only, at the same time offering to holders of judicial functions particular guidelines regarding the rules that concern actions while using private profiles.

“Advantages of this type of communicating with public are, above all, best reflected through possibilities of two – way communication with citizens and other public sources. Brcko District Prosecutor’s Office in BiH recognized this advantage two years ago by launching official page on face book (social media)”, added Beganovic.

Once again, let us remember that transparency in BiH judicial system, including all disadvantages in this particular field, was in focus of Peer Review Recommendations, including the opinion provided by the European Commission regarding Bah enquiry for membership in EU, as well as in focus of analytic report associated with the above outlined opinion.

(The author is a female journalist working for Žurnal.info magazine)