Closing Hearings People’s Tribunal on the Murder of Journalists 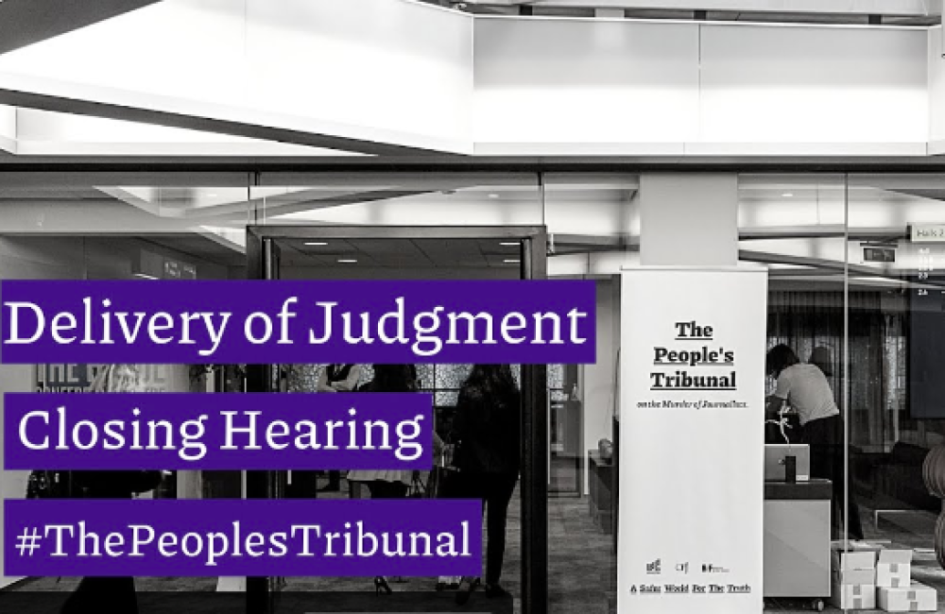 Since the turn of the century, more than 1000 journalists have been killed in reprisal of their work: uncovering the truth. In more than eight out of ten of these cases, the killers continue to escape justice. In a major push towards justice, Free Press Unlimited, the Committee to Protect Journalists and Reporters Sans Frontières initiated a People’s Tribunal on the Murder of Journalists to indict states that fail their obligation to guarantee the safety of journalists. After the opening hearing on 2 November 2021, three case hearings concerning the situation in Mexico, Sri Lanka and Syria were organized in April and May 2022.

On the 19th of September, the panel of judges of the independent Permanent People’s Tribunal pronounces its judgment. The judgment will be followed by a public press conference and gathering to commemorate all journalists murdered in reprisal for their work in the Nieuwe Kerk, The Hague, the Netherlands (Spui 175).

To watch the livestream: https://www.youtube.com/watch?v=8RRAmwbAQes