Research by BH Journalists: What journalists think and how much they know about the judiciary 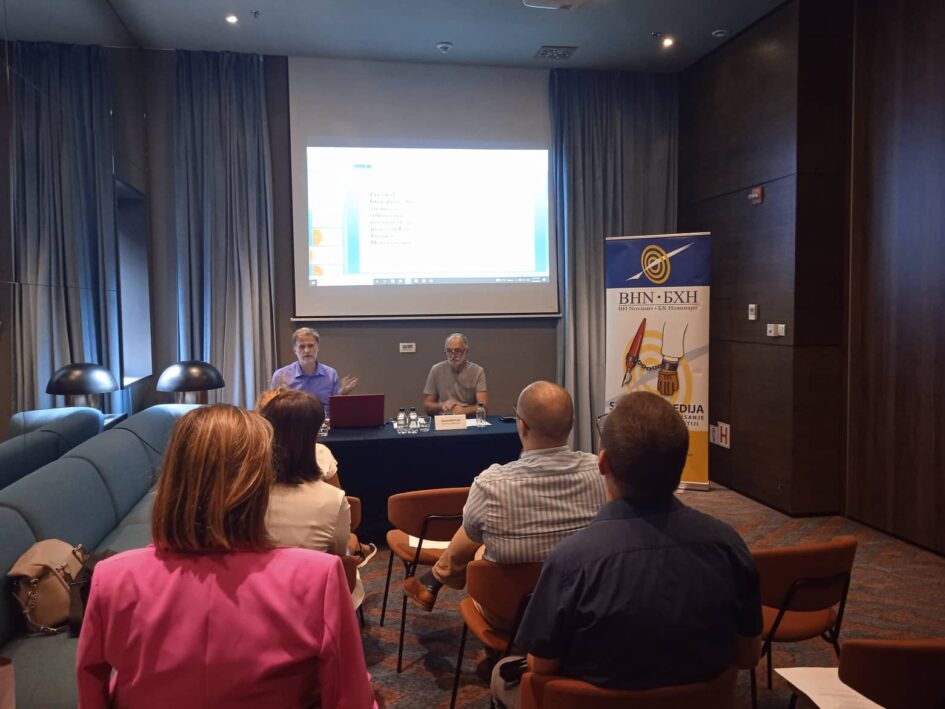 Sarajevo, 26.07.2022. – The perception of the journalism community in Bosnia and Herzegovina about the transparency and communications of the judiciary is extremely negative, and the judiciary has so far not made enough efforts to improve cooperation with the media. On the other hand, journalists in some cases admit that they do not know enough about certain judicial topics, rules and issues and that they are not sufficiently knowledgeable about judicial topics, showed the results of the research by BH Journalists Association, which were presented today in Sarajevo.

The research was conducted on a sample of 200 journalists from the entire country. The main goal was to gain insight into the complex issue of the relationship between the media and the judiciary, and to provide recommendations for strengthening dialogue and cooperation between journalists, judges, prosecutors and judicial authorities. 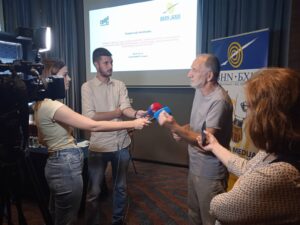 “This research has shown many sore points in the relationship between the media and the judiciary. Our prosecutor’s offices and courts often act according to the principle that the media should be kept as far as possible from the specific case or topic. The experiences of many journalists are such that if you need some information from judicial institutions and you work in the daily newsroom, don’t even try”, said Marko Divkovic, president of the BH Journalists Association.

As stated by the research author Assoc. Ph.D. Amer Dzihana, the interviewees-journalists believe that they know the most about the ethical principles of reporting, and the least about the legal procedure carried out in criminal cases. A small number of respondents received some type of training in reporting on the justice system in the past five years. In general, journalists believe that there is a need for any type of education about judiciary and the greatest interest was expressed in training about legal rules and limitations in covering different stages of the court process. 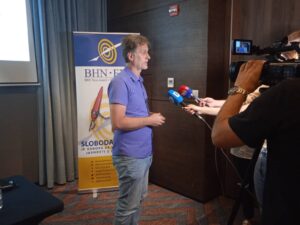 “There are two basic theses: the first, which comes from journalistic sources, is that the judiciary is insufficiently transparent and prevents free journalistic work. Access to hearing records and other important information is difficult. Another is the claim of representatives of the judiciary that unprofessional and often sensationalistic journalistic reporting on court proceedings and the judiciary leads to the collapse of public trust in the judiciary”, Dzihana said.

Speaking about the importance of communication between the media and the judiciary, Davor Trlin from the Center for the Education of Judges and Prosecutors in FBiH pointed out that investigative journalists often do what even prosecutors fail to do in exposing certain criminal acts.

“The results of this research generally coincide with what we have seen through our trainings. I believe that the right solution would be trainings that will be attended jointly by holders of judicial positions and journalists, in order to establish better cooperation mechanisms between these two branches”, said Trlin.

Journalist of online magazine Žurnal Zinaida Djelilovic cited as a positive example the Sarajevo Canton Prosecutor’s Office, which recently appointed a person for contact with the media. 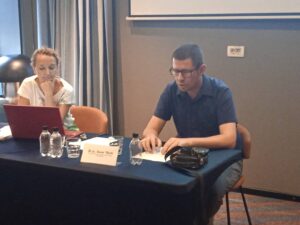 “The results of this research show a negative perception of journalists when it comes to the judiciary. I can partially agree with that, but I don’t think that the judiciary is not trying to improve it. For example, we currently have a very good network of spokespersons in the judiciary who are really trying to improve cooperation with the media. Therefore, there is this intention to reduce the gap between the media and the judiciary”, stated Djelilovic.

The research was conducted within the framework of the three-year project “Strengthening media freedom in Bosnia and Herzegovina, North Macedonia and Serbia”, which is financed by the MATRA program of the Ministry of Foreign Affairs of the Netherlands. The project will be implemented by a consortium consisting of the Dutch Helsinki Committee and the organization Free Press Unlimited, and is developed in cooperation with local partner organizations. The goal of the project is to contribute to the creation of an environment in which freedom of media and expression is respected without fear or pressure. The project focuses in particular on building the capacity of journalists, as well as actors in the judicial sector, with the aim of developing a more effective response to cases of intimidation and threats to journalists and media workers.