BH Journalists: Free legal aid will be available to journalists from all over BiH 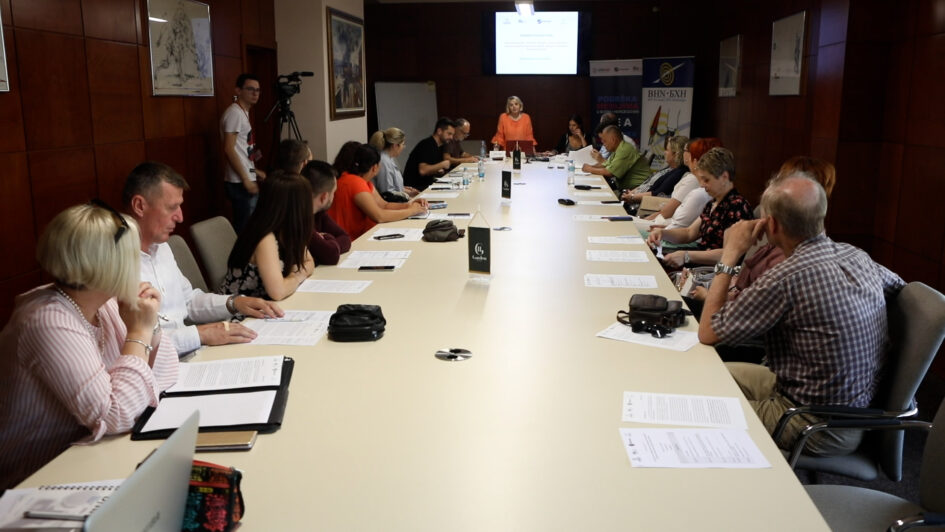 Within the next five years, BH journalists and FMHL will provide media professionals with more effective initial protection and enjoyment of freedom of expression in accordance with international standards

Tuzla, June 29, 2022 – The BH Journalists Association (BHJA) and the Free Media Help Line (FMHL) held a workshop on journalistic rights and media freedoms in Bosnia and Herzegovina on Tuesday, focusing on providing free legal aid to journalists through USAID Media Engagement Activity (MEA) in Bosnia and Herzegovina. The aim of these activities is to strengthen the legal protection of independent media outlets and media professionals, as well as to improve the efficiency of investigations and court proceedings related to media freedom and the safety of journalists. 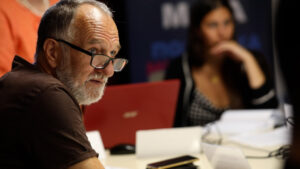 The training in Tuzla is the first of 24 trainings that will be organized by BH Journalists and FMHL with the aim of raising the knowledge and skills of journalists to use legal aid and increase the efficiency of protection through judicial institutions in BiH. Marko Divković, president of the BH Journalists Association, says that the colleagues in the media are not sufficiently informed about the procedures and ways of protection through the legal aid system.

“A good part of them do not report incidents, attacks and problems to which they are exposed, so these trainings are very important, because our colleagues from the media can get all the necessary information”, says Divković.

Ema Habul, a lawyer in BH Journalists, introduced the participants to a set of services that will be provided free of charge for media professionals by registering with FMHL and thanks to USAID’s media support program in BiH, implemented by Internews, in cooperation with BH Journalists and other partners organizations. These services are: legal advice and consultations, representation of journalists before the court and other institutions and bodies, trial monitoring, writing petitions to public and other institutions, analysis of domestic judicial institutions and compliance with EU standards for protection of freedom of expression and media freedom. 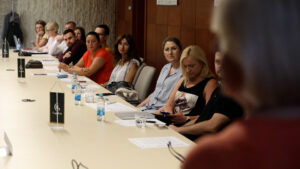 “Through this program, a completely new service will be developed – legal verification of media content before its publication, in order to avoid potential defamation lawsuits and / or other forms of institutional proceedings against journalists and media outlets that may be a violation of media freedom, rights and the safety of journalists”, points out lawyer Ema Habul.

Although she has suffered numerous pressures both inside and outside the media outlets in which she worked, journalist of the public broadcaster Bosnian-Herzegovinian Radio-Television Enisa Alibalić has so far not asked for free legal aid.

“When a journalist, like me, finds himself/herself in a situation where he/she has no protection inside hers media outlet or when he/she suffers attacks from the outside, then he or she saves his/hers profession, and sometimes his/hers own life. It’s not on their mind at that moment to call the FMHL, so we need to bring it even closer to the journalists and use it much more”, explains Alibalić. 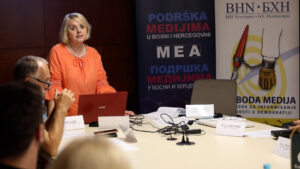 FMHL intends to expand and strengthen its own network of lawyers, and to raise the awareness of media professionals as well as the entire public in BiH about the importance and availability of legal and institutional protection for all media employees across the country. BH Journalists point out that it is especially important to strengthen the existing Fund for the defense of journalists, whose funds are used to represent and defend media professionals in legal proceedings before courts and other judicial institutions.

In the services of  Free Media Help Line a young journalist from Radio-Television “Slon” from Tuzla, Ramo Tučić, sees safety for professional work.

“Regardless of the fact that in case of threats or attacks, my media outlet would stand behind me, it is very important for me to know that there is someone I can turn to and who will protect my rights, who will be my support”,  says Tučić. 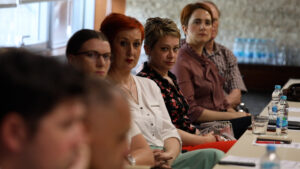 The training, which was attended by journalists, representatives of the police and the judiciary and FMHL lawyers, will be useful to all, especially because of a better understanding of the defense of journalists, mastering legal terminology and existing practices.

Lawyer Biljana Radulović, who has been involved in the FMHL, says that she defends freedom of expression in every court case because it can be denied to anyone, not just journalists.

“Such trainings should be organized for all participants – journalists, police officers, prosecutors, judges, lawyers, because only when we talk directly can we reach a common goal”, says Radulović. 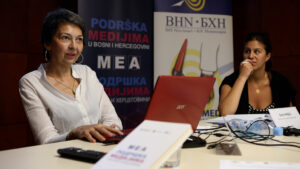 In 2021, FMHL registered 71 cases of threats to journalists, attacks and lawsuits against the media, and only 11 cases received an epilogue before judicial institutions. High level of impunity for attacks on journalists – only 33% of cases are resolved in their favor – as well as insufficient efficiency in investigating and sanctioning the attackers are key obstacles to the rule of law and access to justice for media professionals.

Also, a significant number of attacks remain unreported, partly because media professionals don’t have trust in the judiciary and investigative bodies, and partly because they don’t have the necessary knowledge about their rights, media freedoms and protection instruments.

Disclaimer: This report from the training in Tuzla was made possible thanks to the generous support of the American people through the United States Agency for International Development (USAID). The content is the sole responsibility of BH Journalists and does not necessarily reflect the views of USAID or the US Government.