BH Journalists: We call on the media to boycott until they receive a public apology from Dodik! 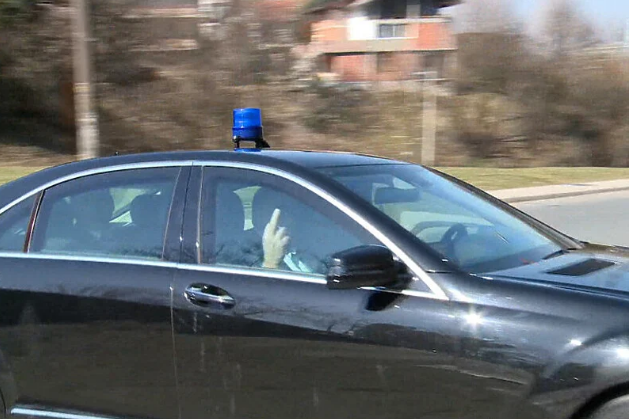 Sarajevo / Banja Luka, March 22, 2022 – The Steering Committee of the BH Journalists Association demands an urgent public apology from the member of the Presidency of BiH Milorad Dodik for his shameful behavior towards journalists in Sarajevo today, and calls on journalist teams to stop reporting on all Dodik’s activities until they receive his apology!

As reported by numerous media in BiH and the region, during today’s arrival in front of the building of the Prosecutor’s Office of BiH, Dodik pointed his middle finger through the window of the official car to the present journalist crews.

With this gesture, Milorad Dodik once again demonstrated the behavior completely inappropriate and unworthy of a high-ranking political official. In addition to insulting and humiliating media representatives, who today only did their job in front of the Prosecutor’s Office of BiH, with such vulgar behavior Dodik irreversibly destroys not only his own reputation, but also the reputation of the state that he represents as a politician and member of the BiH Presidency.

Dodik’s “explanation” at today’s press conference that his gesture referred only to certain media outlets that, as he said, “continuously lie” in reporting on him, and that the middle finger is not addressed to those journalists who report professionally, can in no way be justification for his actions!

If he believes that certain media and journalists are telling lies and slanders about him, Milorad Dodik has mechanisms at his disposal, such as denials and the Law on Protection against Defamation, through which he can call those media to professional responsibility.