BH Journalists: Journalists must be provided with direct coverage of the special session of Tuzla Canton Assembly 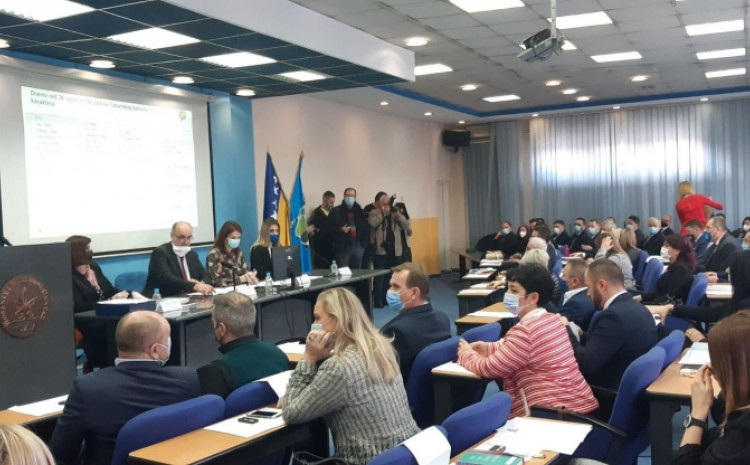 Tuzla / Sarajevo, February 13 – The Steering Committee of the BH Journalists Association publicly demands from the Collegium and professional services of the Tuzla Canton Assembly (TK) to provide journalists and media crews with direct reporting at the session of the Assembly to be held on Monday, February 14. The invitation to the media outlets in Tuzla states that journalist teams will not be able to follow the work of the Assembly in the BKC hall in order to “implement epidemiological measures” and “prevent the spread of coronavirus”, since the session will be held in the “limited capacity” hall.

The Steering Committee of BH Journalists considers it inadmissible to use formal excuses to prevent journalists from directly following the session, since journalist teams responsibly respect epidemiological measures, which is why they have regularly and directly monitored the sessions of the TK Assembly. Excluding the public and the media from being part of tomorrow’s session of the Assembly is a harsh attack on freedom of expression and the right of citizens to be informed about this event through the media.

BH Journalists remind that the public and citizens of Tuzla Canton have the right to comprehensive information, including direct insight into parliamentary debates, political agreements and (ir)responsible behavior of representatives in legislative bodies. This cannot be found out through statements of MPs at press conferences or through individual addresses to journalists after the session.

The Steering Committee of BH Journalists considers it inadmissible to impose political and institutional censorship on the media in Tuzla Canton, and emphasizes that it is inappropriate and arrogant behavior of administrative staff of the TK Assembly contrary to international standards of freedom of expression, but also against publicity and transparency of elected political representatives at the highest legislature of this canton.

In that context, the Steering Committee of BH Journalists demands an urgent change in the decision to ban journalist crews from directly following the parliamentary session, and calls on Parliament Speaker Sladjan Ilic to apologize publicly to journalists and take necessary measures so that all media outlets can directly follow the special session of the TK Assembly.