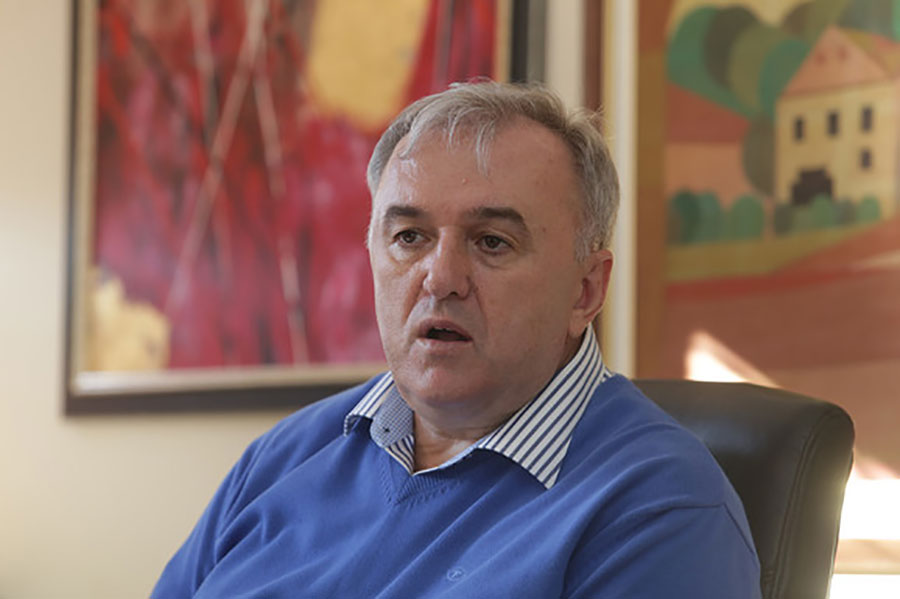 Banja Luka / Sarajevo, January 22, 2021 – The Steering Committee of the BH Journalists Association and the Free Media Help Line (FMHL) strongly condemn the brutal insults directed at the team of the Capital portal from Banja Luka by Marinko Umicevic, member of the Senate of Republika Srpska, SNSD councilor in Banja Luka City Assembly, president of the RS Handball Federation and technical director of Bema factory.

During a phone call made by Capital journalist Bojana Ninkovic to Umicevic with a request to comment on the fact that the Handball Club “Borac m: tel” received a grant from the City of Banja Luka in the amount of 126,867 BAM in 2020, while Umicevic was vice president of that club, Umicevic uttered the most insulting insults and swear words against the journalist of Capital and the director and editor-in-chief of that portal Sinisa Vukelic, which we will not quote in this text out of decency.

This is another in a series of cases reported to the FMHL in recent months in which politicians and high-ranking public officials in Republika Srpska verbally attack, threaten, insult and humiliate journalists, thus “responding” to their requests for access to the information of public interest.

Despite the fact that the Steering Committee of BH Journalists has repeatedly publicly reacted and regularly reported such cases to the competent institutions, and appealed to the RS authorities to protect media freedom and the right of journalists, as well as all other citizens, to live and work in a safely environment, the situation seems to be only getting worse for media professionals in this entity, but also across the country. Particularly “targeted” are those who deal with investigative journalism and reveal numerous corruption scandals, which is why they are exposed to daily pressure, insults and hate speech on social networks and portals, and reckless attempts to compromise their personal and professional integrity.

We remind that the latest report of Human Rights Watch stated that “public officials in BiH encourage xenophobia, do not tackle discrimination and put pressure on journalists”, and the European Commission in its latest report also expressed serious concern over the growing political pressure, intimidation and threats to journalists in Bosnia and Herzegovina. A survey of BH Journalists found that in the last three years, more than 40 percent of media workers have been exposed to threats and intimidation, mostly by politicians and public officials.

The BH Journalists will continue to use all available means to protect the rights of journalists and to advocate for free and independent journalism. We will report this case, as well as all the previous ones, to domestic and international institutions and organizations for the protection of media freedom.

We expect representatives of the authorities in BiH at all levels and leaders of political parties to publicly and concretely condemn and sanction their members who treat journalists the way Marinko Umicevic does, thus showing that their support for free media in a democratic society is not only at the level empty phrases.