The role of women in politics in BiH: There is no gender balance at any level of government

Bosnian political culture is predominantly patriarchal culture – it will take a lot of time, effort and initiative to change such a concept.

In Bosnia and Herzegovina, more than half of the electorate are women, and on an equal footing with men they still do not participate in decision-making, at any level of government. Gender equality is not recognized in the BiH Constitution either, and in percentage terms, in the legislative and executive branches, after the last local elections in November 2020, women’s participation is only 20 percent.

The executive director of the United Women Foundation in Banja Luka, Aleksandra Petric, says that gender equality must be legally protected in BiH, which is shown by the fact that the Election Law had to define that the percentage of women in power must be 40 percent. But even that is not respected.

“Where key decisions are made, where money and power are in the hands, there are very few women. The problem is that women politicians do not have the freedom to work outside party policies, so they are in some way conditioned by the misogynistic policies of political parties, not recognizing the rights concerning issues of importance to women, in terms of passing new laws, “Petric said.

The fact that only 29 women and 396 men ran for the leadership of municipalities and cities in last year’s local elections in BiH, the current representative of Our Party in the BiH Parliament, Mirjana Marinkovic-Lepic, considers confirmation that men obstruct women in political life in BiH.

“According to the data for candidates for mayors and mayors, in last year’s local elections in BiH there was a strikingly small percentage of women, so that only confirms that we still live in a patriarchal society and the question is whether it will ever change “, commented Marinkovic-Lepic. 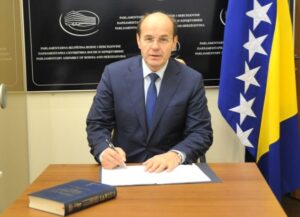 Adil Osmanovic, a member of the Party of Democratic Action in the BiH Parliament, agrees that in some political parties women are obstructed by their colleagues, but that it is also the voters who largely make decisions.

“Political parties are somehow more inclined to propose men, which of course is not good. However, there is one other thing. When you have lists on which, according to the law, 40 percent of women must be, it is often the voters who decide that even those 40 percent of women do not pass into the legislature. Of course. it is up to us to change the society and to work on having as many women as possible in the legislative and executive power “, believes Osmanovic.

At all levels of government in BiH, there is a gender imbalance that is most pronounced at the highest levels of government, where BiH, for example, has never had a single woman member of the three-member presidency who holds the position of head of state.

Also, since the establishment of this function in 1994, there was only one woman in the position of the President of the Federation of BiH in the period from 2007 to 2011. No government in its full convocation had more than two ministers, out of a total of 17 ministries.

Going to lower levels of government, men also dominated as prime ministers in all ten cantons in FBiH, and among the 100 cantonal ministers there were only eight women, most often in the so-called classic women’s portfolios dealing with housing, social and health care, work and education.

Aleksandra Petrić is of the opinion that men themselves must encourage the issue of gender equality, and not leave all issues from this area to women.

“It is also necessary for men in political parties to take an active role in promoting gender equality, and not just to say that these are issues that women should work on and that this is something in which they support women,” says Petrić. 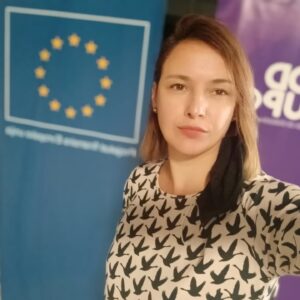 Jelena Tanaskovic-Micanovic, the coordinator for public policies in the Coalition for Free and Fair Elections “Under the Magnifying Glass”, believes that these data show the level of democracy in political parties, but also the position of women in their political parties.

“This small percentage of women candidates for mayor from last year’s local elections in BiH tells us that we are still far from a mature political society, where women have enough space, institutional and any other support to get involved in political processes and impose themselves. as leaders “, assesses Tanaskovic-Micanovic.

Mirjana Marinkovic-Lepic also welcomes the quota of at least 40 percent prescribed by the Election Law, because, “the question is how many women would be on the electoral lists if there were no such regulations.”

“Women somehow have to constantly fight for our status, starting from the family onwards, but clearly and loudly demand that women be in the first places on the electoral lists – for that we obviously have to fight for ourselves and be incredibly persistent in that. Women continue to be discriminated against compared to men. That is what the data tells us after every election, when the percentage of women in the legislative bodies is, as a rule, twice less than the prescribed quota, “said Marinkovic-Lepic.

“I think it is necessary to initiate an amendment to the law, where it is obviously not enough for only 40 percent of women to be in executive governments. What we need to do in that sense is a change in political parties, where the law would regulate that at least 40 percent of the leadership of any party should be women “, claims Osmanovic.

There are no women in places of power and decision-making

Edita Miftari, author of the study “Political Participation of Women in Bosnia and Herzegovina”, points out that mostly other seats are reserved for women on the electoral lists, compared to men, and that a disproportionately small number of women hold party lists.

“The situation in Bosnia and Herzegovina. politics and media space during the election campaign confirms the worrying fact that we are still subject to stereotypes created by the patriarchal society in which we live, which does not know and recognize a politician in the same way as a politician and that is our biggest problem, “said Miftari.

“Gender equality in political life is the most important factor in achieving gender equality in society. It is also important to point out that greater representation of women in politics has the potential to lead to a higher level of education for girls and girls, to reduce their household responsibilities, but also to offer young women role models who can influence their desires and attitudes to become more involved. decision-making processes in the society of which they are a part “, claims Miftari.

She also notes that the entry of more women into parliament changes the working climate and leads to more equal gender relations in the labor market, improving the position of women in the service sector, professional and managerial work, higher education, but also in very important trade union movements.

In a traditional society such as BiH, optimism and confidence that the electorate will not be guided by stereotypes about gender roles in the election of its representatives in government, in all likelihood, is a luxury that women, but also the whole of BiH. society can not afford.

On the other hand, the issue of gender equality is very important for BiH from the aspect of the development of the entire society, because it is questionable how a society can function normally, if half of its population, in this case women, cannot equally participate in decision making.