The court in Bihać suspended the misdemeanor proceedings against journalist Kamber 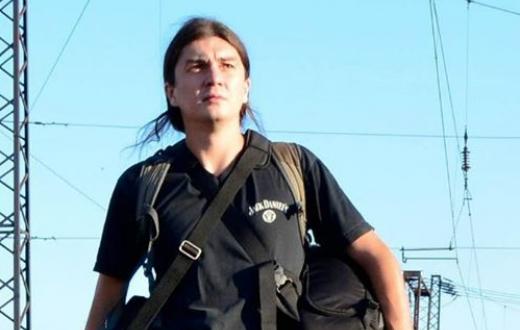 Bihać, August 25, 2021 – On July 12 this year, the Municipal Court in Bihać issued a decision terminating the misdemeanor proceedings against freelance journalist and cameraman Ajdin Kamber. Kamber was issued a misdemeanor report from the Bihać Police Station on April 20th last year for allegedly violating curfew, which was in force at the time by order of the federal Crisis Staff.

As judge Zlatan Dedić stated in the explanation of the court decision, the Municipal Court in Bihać decided to suspend the misdemeanor proceedings because it was established that Kamber was performing journalistic tasks at the time the misdemeanor warrant was issued, and he proved this to the police on the spot by showing them his press accreditation. The court also took into account the verdict of the Constitutional Court of BiH which upheld the appeal of a number of people on the right to freedom of movement and violated right to privacy following orders from the Federal Ministry of Health Crisis Staff, including a curfew.

Journalist Ajdin Kamber was represented in this procedure by defense attorney Jasmina Šarić Hasanović, who was hired by the BH Journalists Association through the service of the Free Media Help Line (FMHL).

Since March 2021, seven verdicts and court decisions have been passed in favor of journalists through the legal team of the Free Media Help Line.