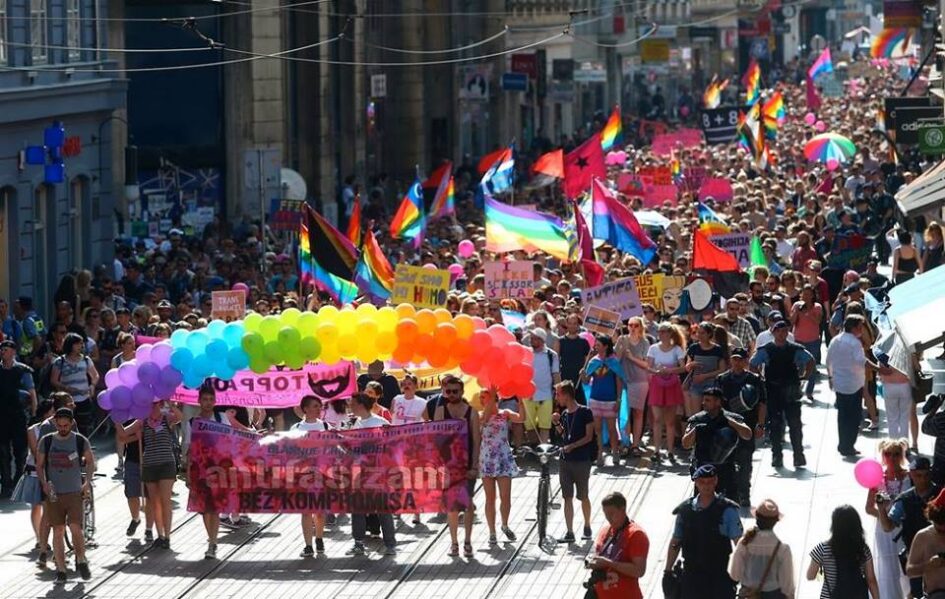 On July 3, Tea Paponja, a journalist from the “24 hours” newspaper, was physically attacked at Marulic Square in Zagreb after the Pride was held.

After the Pride, Tea Paponja arrived at Marulic Square around 22:30 and noticed police vehicles and a group of policemen standing around a group of young men with two girls. She heard from those gathered that this group was burning the LGBT flag. She approached the policeman and introduced herself as a journalist and asked him what had happened, but he only asked her to walk away. After that she stood aside and photographed the event. Soon one of the young men approached her in the company of a girl and said “Why are you taking a photo of my girlfriend, b….?” When she responded that she is a journalist and mentioned the burning of the flag, he said that his girlfriend did not burn the flag.

After that, the girl, who was insulting the journalist, ran into her and punched her in the head in front of the police. Journalist Paponja defended herself, and those gathered separated them, only then did the police surround the hooligans and guard them until the arrival of the police van. Police reacted and arrested the attacker.

After the attack, Tea Paponja gave a statement to the police and the ambulance examined her. She said that she still hasn’t processed what exactly happened to her and added: “I hope that the institutions will act according to the law, and that the girl who attacked me will be convicted.”

Hrvoje Zovko, president of the Croatian Journalists Association, said that: “this is proof of the atmosphere in which our colleagues work, and let’s not forget that they work in an atmosphere where journalists and the media are accused of being guilty of everything. The country must stand in the way of such an atmosphere and react to the issue. It’s time for those who dare to attack journalists just because they are doing their job to know that they will be held accountable for their actions. The journalistic profession is in the public interest and it will remain so”.

SafeJournalists Network, representing more than 8,200 media professionals in the Western Balkans, joins its member CJA in condemnation of the attack on the journalist Tea Paponja. Although the police reacted, SafeJournalist Network expects that the perpetrators will be sanctioned. Also, we ask the institutions to protect its citizens and journalists and to send a clear message to the public that such behavior is unacceptable, so that things like this would not happen again.