War between judiciary institutions and transparency 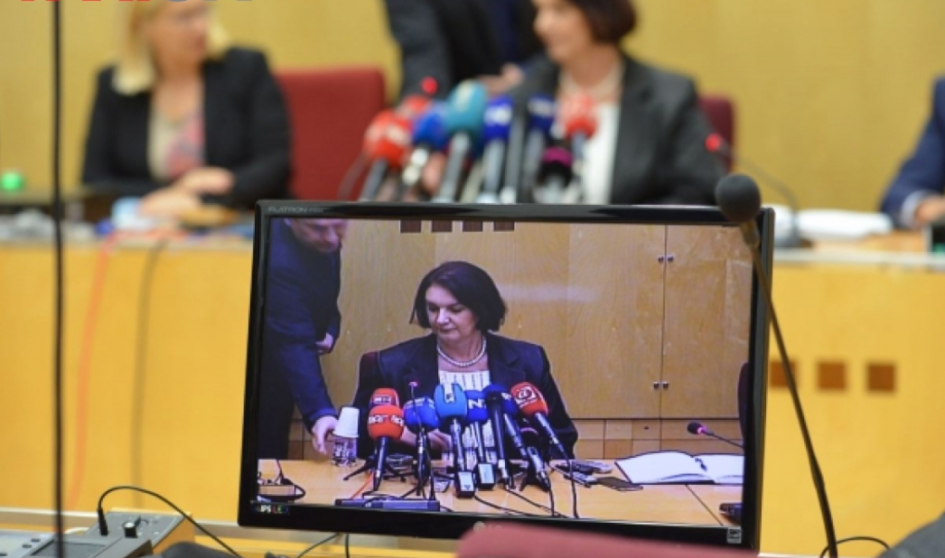 The inbox is empty. Twelve e-mail addresses are there. In total, there were 360 enquiries sent. Altogether there were zero (0) answers replied.

This is a short story that you should all know about judiciary system and its transparency.

At the beginning of this year, the Balkan Investigative Network of Bosnia and Herzegovina (BIRN BiH) became a part of the project whose goal was based on insisting on transparency increasement. The project gathered 30 journalists from different editing offices and required from them to send a plain e-mail enquiry (every Monday) to Prosecutor’s Office of BiH, regarding the same confirmed indictment in corruptive cases.

Journalists came from numerous and different media houses and there have been younger and older journalists, but in the end, that fact meant absolutely nothing. Every one of them sent 12 e-mail enquiries and received zero answers. They sought indictments that had recently been confirmed and also indictments that had been under procedure, as well as those that had previously been completed based on first – instance verdicts. There was no difference in terms of receiving answers by the official judiciary representatives. E-mail enquiries for 12 indictments resulted in zero answers.

Therefore, there were 360 sent e-mail enquiries in total and zero received indictments.

Journalists have not been surprised by the Prosecutor’s Office attitude which regularly and under the management and leadership by Gordana Tadic, have been in an open war with media representatives. It is important to emphasize that, during the period of last 12 months only, this particular female state prosecutor, during several press conferences, blamed media houses for poor and inadequate perception in public, regarding the work of this institution – despite several reports by international organizations that confirmed the same claims (poor and insufficient work by the Prosecutor’s Office of BiH).

Additionally, in August 2020, Prosecutor’s Office of BiH sent an official reaction to journalist’s text posted at Istraga.ba (local web site), regarding the accusations by Gordana Tadic, chief prosecutor of BiH when she had accused Avdo Avdic, a local investigative journalist and reporter for allegedly posting untrue and incorrect information, which was completely inappropriate for this judiciary institutions and which additionally reflected personal interests by the chief prosecutor. This reaction by the Prosecutor’s Office became a part of the report on human rights issued by State Department concerning media liberties and freedoms in Bosnia and Herzegovina in 2020.

Mrs. Tadic has been disallowing other prosecutors to communicate with media representatives and to issue public press releases which, according to media experts, resulted in additional public mistrust in judiciary system thus disabling media representatives to receive adequate reports, regarding the work of this particular judiciary institution and to perform their duties and tasks in most professional way. Chief state prosecutor rarely gives interviews in media and during the period of last couple of months, she has refused to give interviews to BIRN BiH thus rejecting their enquiries.

The question of whether confirmed indictments (regarding corruption cases), should be revealed and released in public, has been defined in Guidelines issued by the High Judicial and Prosecutorial Council (origin. VSTV) and Guidelines were legally affirmed in September 2014. According to this document, prosecutor’s offices at all levels should reveal and release all indictments (considered as public interest issues), which certainly did happen with corruption cases. The problem was the fact that this document was not legally obligatory, so therefore Guidelines have not been implemented equally within all judiciary institutions. Almost all prosecutor’s offices, at all levels, have failed to post the above-described indictments on their official web sites. On one hand however, Zenica Prosecutor’s Office do post indictments on their official web site, while Sarajevo and Tuzla Cantonal Prosecutor’s Offices, on the other hand, tend to provide indictments upon request only. BiH State level Prosecutor’s Office refuse to provide indictments.

This kind of different practice results in problem, as far as media following is concerned, taking into consideration that journalists are deprived of available information provided in time, in order to check all specific allegations deriving from indictments, during the monitoring of court procedures and court hearings on daily basis.

It is quite similar with courts with some of them, such as Court of BiH, reveal and release non-anonymous verdicts regarding corruption cases or war crimes, while on the other hand, other courts make their verdicts anonymous. First – instance courts reject and refuse to reveal and release their verdicts by any means, since they do not consider and treat them as first – instance and legally valid verdicts yet.

State court has recently, and for the first time, begun with online court hearing broadcasting in case against Fadil Novalic and others, but this practice was soon terminated only after few court hearing sessions, with the explanation (provided by the court officials), claiming that the technology required for such online broadcasting was very complex and complicated and requested a lot of effort.

All these issues regarding the transparency should be addressed by the recently appointed members of the HJPC (VSTV), along with the passing of new law (regarding this institution), thus resulting in a trust regained by the general public, after several controversial affairs. However, current situation in this judiciary institution is far from ideal. Despite the fact that Disciplinary hearings held against judges and prosecutors in BiH are made available to public and journalists are allowed and entitled to attend, the question raised by BIRN BiH investigative reporter and journalist demanding the submission of hearing schedule and time table for the forthcoming period was rejected by the VSTV officials claiming that such information may consist of information revealing the identity of the persons that have been subjects to indictments and against whom the legal procedures have been held.

Passing the Communication Strategy of VSTV is under procedure. This particular document should address several sensitive issues and questions, as far as information access is concerned. According to present practice, the work on this document (until now) has not been transparent either.

Furthermore, the question of transparency must be the core of all discussions regarding the Law on High Judicial and Prosecutorial Council of BiH or other judiciary reforms due to high level of public mistrust towards the judiciary system.

(The author of this article is executive director and editor with the Balkan Investigative Network BIRN BiH; the article is published in 77th edition of E-journalist bulletin)