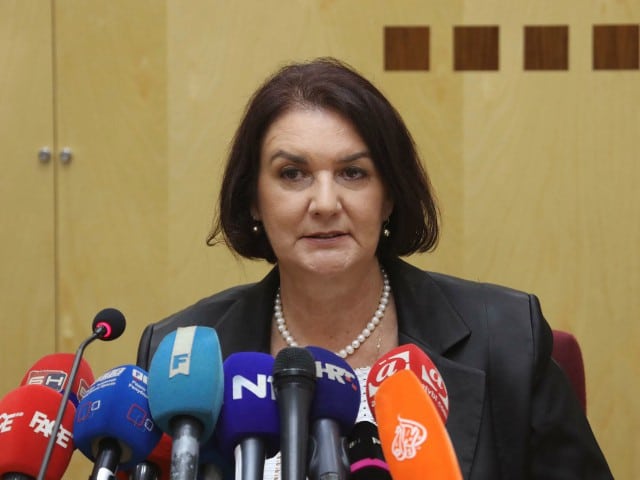 Sarajevo, February 22, 2021 – The Steering Committee of the BH Journalists Association sends a public protest to the Chief Prosecutor of the Prosecutor’s Office of Bosnia and Herzegovina Gordana Tadic and representatives of that judicial institution due to a series of unfounded allegations, accusations and serious pressure on the work of journalist Avdo Avdic.

After journalist Avdic published an article on Istraga.ba portal about alleged attempts to endanger the safety of Gordana Tadic, the Chief State Prosecutor issued a denial in which, among other things, she accused Avdic of “anti-civilization and barbaric discrediting” of her personality and “spreading national and religious hatred”, and a caricature interpretation of the alleged threats to her life with the aim of “preparing the ground for the liquidation of all those who interfere with the paraintelligence darkness of Bosnia and Herzegovina.”

The dementi was published two days ago on Dnevni Avaz portal under the title: “Gordana Tadic: Are Avdo Avdic and the paraintelligence darkness preparing the ground for my liquidation?”. Thus, Chief Prosecutor Tadic in her reaction accused journalist Avdic of preparing her liquidation together with “paraintelligence circles”, which is an extremely serious insinuation and accusation, without offering any valid evidence and argumentation for this claim.

The Steering Committee of BH Journalists believes that by making unsubstantiated allegations, Gordana Tadic went beyond a legitimate reaction to journalistic comments and articles, which aims to deny something that is not true or that does not correspond to the facts, thereby endangering the personal safety of journalist Avdo Avdic by presenting him as a member of some criminal group planning an assassination of the chief state prosecutor!? Instead of denying the allegations in Avdic’s text, prosecutor Tadic writes a political pamphlet in which she presents herself as a victim, accusing the journalist of exerting “well-orchestrated and organized” pressure on the work of the Prosecutor’s Office although his article does not problematize any specific case which the Prosecutor’s Office of BiH is working on, but only investigations into the alleged threats to the safety of Prosecutor Tadic.

The Steering Committee of BH Journalists reminds Chief State Prosecutor Gordana Tadic and the Prosecutor’s Office of BiH that if they believe that a journalist slandered Tadic and the institution she represents, they have legal mechanisms at their disposal – filing a complaint to the Council of Press and Online Media and filing defamation lawsuits. That is the only democratic and legitimate way to fight against unprofessional media writing. The use of power and influence provided to Gordana Tadic by her position as chief prosecutor and making of arbitrary, but at the same time very serious, accusations against journalists, should by no means be a way of “dealing” with journalists in public communication.