BH Journalists: It is unacceptable for court decisions to violate media freedom and bring in censorship 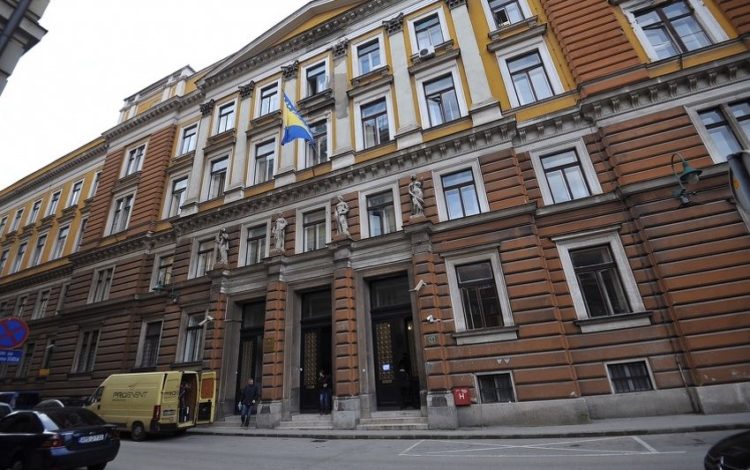 Sarajevo, February 4, 2020 – The Steering Committee of the BH Journalists Association sends a public protest to the Municipal Court in Sarajevo against the decision to temporarily ban “Dnevni Avaz” from writing about the private life of the President of the Court of BiH, Ranko Debevec. “Dnevni Avaz” and its editors are ordered to “refrain from harassing the plaintiff (Debevec) in terms of presenting information from his private life, both in print and electronic, daily and other media.”

The decision of the Municipal Court in Sarajevo is disputable because the explanation does not argue that writing about the private life of the President of the Court of BiH is not in the public interest, nor that Dnevni Avaz violated his right to privacy, as the authors of the disputed articles repeatedly emphasized that they are publishing certain information from Debevec’s private life in order to prove his abuse of office.

Ordering the ban on writing also means that the Court concludes in advance that all future texts of Dnevni Avaz that may be published about Ranko Debevec will be defamatory and untrue, and this type of presumption is essentially media censorship and cannot be considered as protection of the integrity of the President of the Court . In addition, judge Pavle Crnogorac noted in the decision on the measure of ban that “for violating judicial ethics there are institutions that do their job diligently”, which can be interpreted as a message to the media not to investigate abuses of judicial office because this is the “task” exclusively for the competent institutions ?!

Respecting the dignity of judicial institutions and without any intention to determine whether the allegations from the articles published in Dnevni Avaz are true or not, the Steering Committee of BH Journalists believes that the decision of the Municipal Court in Sarajevo represents pressure on freedom of speech and media reporting. The imposing of an interim measure can also be interpreted as censorship and preventing the media from critically reporting on judicial office holders.

Finally, the Steering Committee of BH Journalists draws attention to the fact that the Municipal Court of Sarajevo expressly, within only a few days after filing a lawsuit against the media, imposed a temporary measure, thus demonstrating priority action on lawsuits and reports filed by judicial officials, while numerous other defamation cases are put in drawers and sometimes takes years to be resolved.

The Steering Committee of BH Journalists especially warns that, if the temporary measure remain in force, such solutions could become a model according to which in the future the courts will give themselves the right to prevent the media from writing about judicial, political and other public office holders with the argument of protecting their privacy, without taking into account whether the published information represents the public interest and evidence of possible abuse of position. This completely circumvents the case law of the European Court of Human Rights, which emphasizes the need to strike a balance between the privacy of public officials and the right of the public to be informed of the ways in which they perform their functions. Such conduct by the courts would also open space for censorship and repression, which is unacceptable in democratic societies.