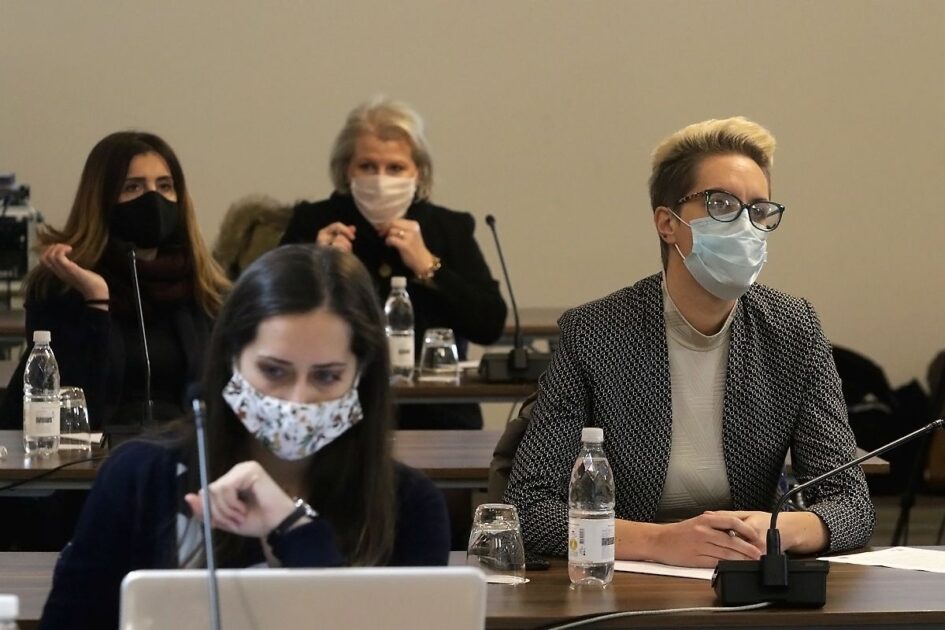 Sarajevo, December 21, 2020 – The coronavirus pandemic has shown how important professional and objective journalism is to us, but the state has done almost nothing to provide support to the media, especially in financial terms – this was pointed out at today’s public discussion on the consequences of COVID-19 on media and journalism in BiH and the survival of free journalism in the interest of citizens.

The president of BH Journalists Association, Marko Divkovic, said that during the pandemic the state was extremely inert towards the media, many of which came to the brink of survival.

– Apart from the lack of economic support, the state has not shown any serious interest in helping media houses in any other way. It is becoming increasingly difficult for journalists to work in the field and to obtain data and they must be very careful when it comes to sources of information, because many are ready for manipulation – said Divkovic. 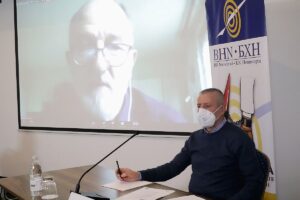 The president of the Association of Electronic Media in BiH, Elvir Svrakic, emphasized that a large number of journalists and media workers fell ill during the pandemic.

– On Hayat TV alone, 37 percent of employees had COVID. From the beginning, we in the Association have been engaged in involving the competent institutions in the work of the media in a way that subsidizes the work of those who could not generate income. CRA reduced its fee by about 50 percent and in that way we got one kind of relief. However, the others absolutely did not react – says Svrakic. 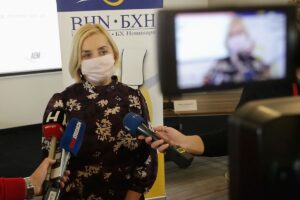 Speaking about how the pandemic affected the advertising industry, the director of the “Fabrika” agency, Senad Zaimovic, said that the pandemic was just an addition to the crisis in the media that already existed.

– It is certain that the income of most media has dropped between 30 and 50 percent, and if we take into account that they have operated on the verge of survival before, the situation is more than dramatic. I doubt that the state will do anything, especially when it comes to independent media that do not suit them – said Zaimovic. 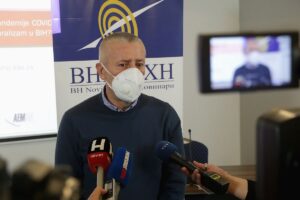 Vildana Selimbegovic, president of the Assembly of the Press and Online Media Council in BiH and director of Oslobodjenje media group, said that the Press Council addressed the competent institutions for media support, but without results.

– Since the beginning of the pandemic, Oslobodjenje had to reduce the number of employees, reduce the number of pages and switch to what we call the weekend edition, because distributors have also significantly reduced their activities. The pandemic is used as an excuse to endanger media freedoms and that is evident. I think that the selection of the media to those “selected” and others has never been clearer than this year, when it comes to access to information. Journalists’ questions are being tried to be completely squeezed out of the media space, and we have come to the point that the question of journalists is perceived as an insult, which is a complete absurdity – Selimbegovic emphasized.

She added that working from home has further complicated things for many journalists, but also that the only way for free journalism to survive is to return to professional standards and deal with those topics that can really initiate changes in society.

Ranko Petrusic, director of the Banjaluka.com portal, says the pandemic has had a particularly negative financial impact on commercial media.

– In March, we had zero marks of income. We had to reorient ourselves “on the go” and start doing some other things, which are not exclusively related to journalism, in order to survive – said Petrusic, adding that during the pandemic, journalists faced a flood of unverified information from various sources, which represented an additional challenge.

Aldijana Puric, editor-in-chief of Radio Velika Kladusa, said that this public media expects a drop in revenue of at least 30 percent by the end of the year, and that they have not been paid the planned budget funds so far.

– From the beginning of the pandemic, the media were left without many advertisers and it is to be expected that the consequences will be felt for a long time to come. Reductions in planned budgets are already being announced, so we will certainly fight the economic consequences in the next few years as well. It is much easier for public services because they still generate a part of the income from the RTV fee, even though there has been a decrease in income also. However, we all have to adapt to the situation – says Adnan Bilal, marketing director of Federal Television (FTV). 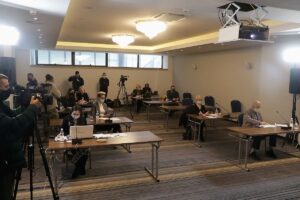 Selma Dandic from Mostar’s Dnevni list stated that this media outlet recorded a drop in income of as much as 80 percent.

– The pandemic was an opportunity for politically eligible media to stand out and for those independent ones to go out. The corona law was not adjusted to the media at all and we could not apply for those funds – said Dandic.

Adnan Osmanagic, director of RSG Radio in Sarajevo, said that this media outlet also suffered a drastic drop in revenue, at one point by as much as 70 per cent.

– Finances are in fact the guarantor of professional and independent media, so this pandemic has brought a drastic impact of various political and other organizations on the media – Osmanagic believes. The participants in the discussion agreed to send a request to the Council of Ministers of BiH and the entity governments as soon as possible with a proposal of measures for the recovery of the media from the economic crisis. It is proposed to form a media coalition at the level of BiH, which together will create the most important goals for advocating the interests of all representatives of the media community. The public discussion was also attended by representatives of the Ministry of Human Rights and Refugees of BiH and the Information Commission of the House of Representatives of the FBiH Parliament, who expressed readiness to forward the conclusions of today’s meeting to relevant institutions at all levels.

The public discussion was organized within the project “Free Media for a Free Society”, implemented by the BH Journalists and the Association of Electronic Media, with the support of the European Union.