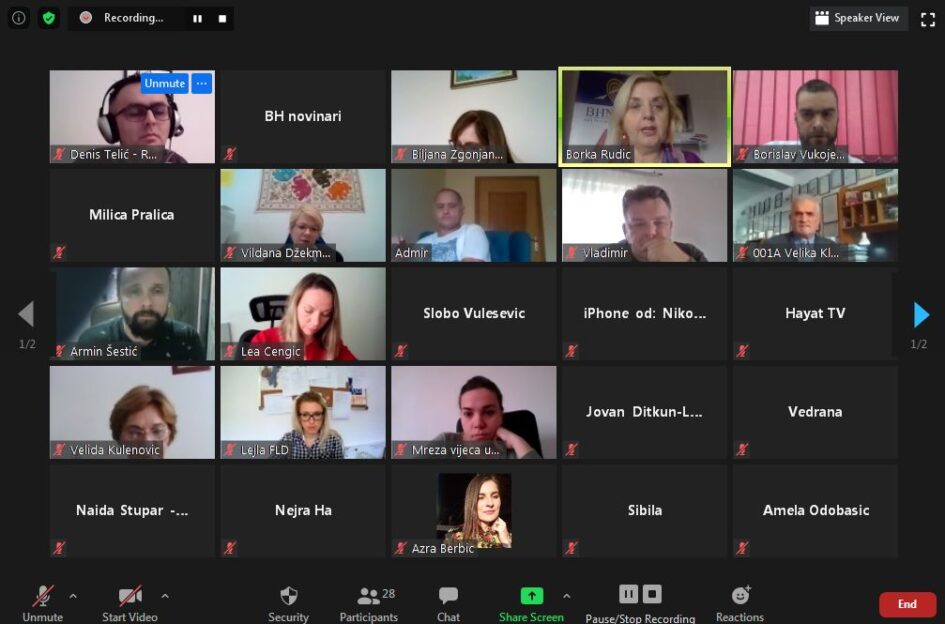 Sarajevo, December 4, 2020 – Civil society organizations in Bosnia and Herzegovina have limited knowledge and capacity to advocate for and promote media literacy, as well as to educate citizens on how to recognize manipulation through information, political censorship and fake news. This is the result of a research conducted on the level of media literacy and the capacity of civil society to advocate for media freedoms in BiH, which was presented today in Sarajevo through the Zoom platform and with the participation of 28 civil society activists, journalists and representatives of media and international organizations. The main researcher, Borislav Vukojević, MA, said that the research included a total of 48 organizations from all over BiH that primarily deal with civic activism, democracy, human rights and social issues.

More than half of the employees in the NGO went through media literacy trainings, which is an encouraging result, says Vukojević. 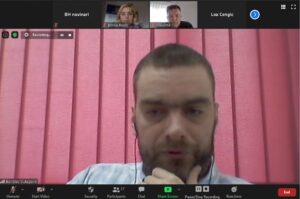 – When asked what they consider to be the biggest obstacle to improving media literacy within the organization, the most common answer was lack of time and funds. It often happens that the value of media literacy is neglected and funds are, of course, a precondition for this training to be of high quality and to work systematically. When it comes to encouraging employees to use digital technologies, over 93 percent of organizations encourage their employees in this regard. Also, from the point of view of the organizations themselves, two thirds of their employees should have more training in media literacy, and only 16.7 percent of them are not adequately trained – said Vukojević. 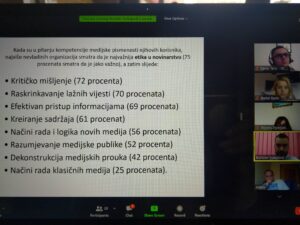 Most of the organizations that participated in the research inform their users about the dangers of fake news. Almost half of them reacted to the violation of media freedoms, while almost 21 percent of them did not, but with the intention of doing so in the future. Eight out of ten organizations are familiar with the situation of media freedoms in the country and the region, the research showed. 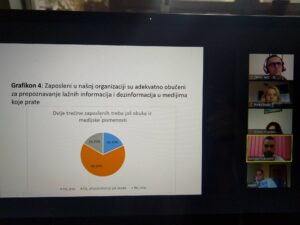 The connection between civil society organizations and the media community and their willingness to cooperate in joint activities, which was shown through this research also, is especially encouraging, said Borka Rudić, Secretary General of BH Journalists.

Lea Čengić from CRA says that it is indisputable that NGOs currently have the greatest importance in BiH when it comes to the development of media literacy. 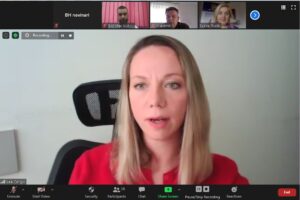 – Earlier, there were maybe a dozen large NGOs in BiH that were primarily engaged in media education and work with young people and had really quality projects. However, the situation has changed a lot now and in BiH today we have a large number of organizations that work on media literacy projects for different target groups and that is very important – Čengić emphasized.

She added that the media outlets in BiH did very little to promote media literacy, which is a commitment to the media in many countries around the world.

Denis Telić from the Resource Center for BH civil society in EU integration says that everyone in civil society organizations is aware that lack of time and lack of resources are the main problems when it comes to improving media literacy.

– That can’t be an excuse for us. We must be maximally involved and find time and funds for this very important issue – Telić emphasized. 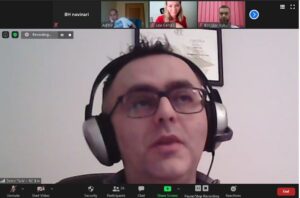 Participants in the discussion concluded that it is necessary to create a long-term strategy aimed at the systematic implementation and development of media literacy in all segments of society, as well as the development of the capacity of civil society organizations in this regard.

This research is part of the project “Free Media, Free Society”, implemented by the BH Journalists in cooperation with the Association of Electronic Media in BiH (AEM BiH), with the financial support of the European Union and with the aim of strengthening independent and free journalism in local communities, as well as the application of European standards of freedom of expression and access of citizens to quality and objective information.