Secret recording may be indictable, however it is sometimes necessary 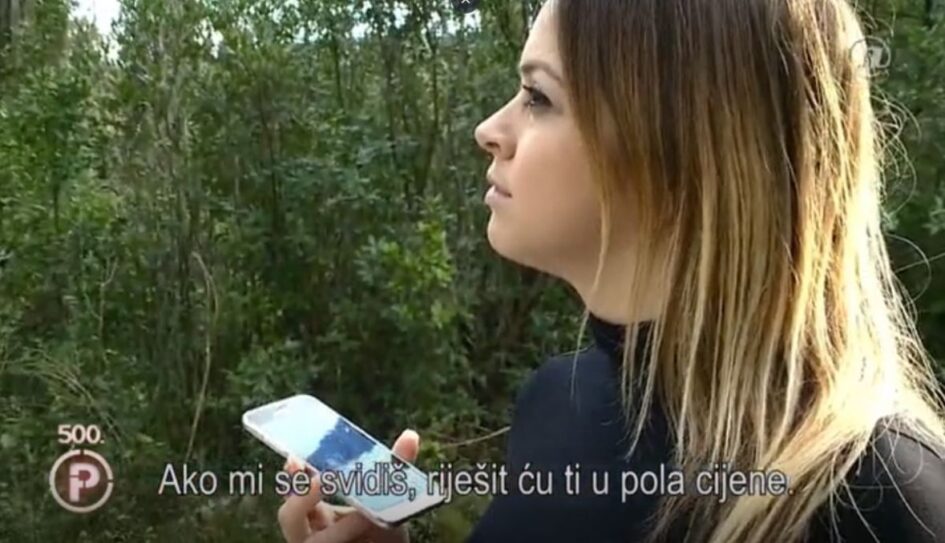 “Hidden and secret recording devices may serve as important journalists’ tools, especially as far as investigation journalism is concerned. Although, the use of such devices distorts the privacy of persons being recorded; investigative reporting can justify such recording mostly when it comes to stories that are considered as public interest that journalists reveal in terms of misuses“.

These are the first lines of the “Pravo na tajno snimanje za potrebe istraživačkog novinarstva, that was published by the Action for Human Rights, a non – governmental organization from Montenegro. It consisted of the analysis of the verdicts passed by the European Court for Human Rights, regarding the cases where journalists had been secretly recording, in order to reveal information important to general public. For instance, in “Halidmanann and others Vs Switzerland” case from 2015, four journalists involved in this case were fined, because they had been secretly recording insurance broker; whereas they managed to prove and confirm that insurance brokers had been deliberately advising their clients falsely and in a wrong way. When they appealed before the European Court for Human Rights against the verdict, the Court reconsidered and altered the initial verdict thus determining that the journalists had been denied fundamental rights to freedom of expression.

In 2006, in “Radio Twist Vs Slovakia” case, journalists were allowed to post a secret audio recording revealing a phone conversation between government vice president and highly ranked government officials, regarding the issues of privatization of public enterprise process.

“Local courts determined that even public figures were entitled to privacy protection and that the posted audio recording was private and should have thus not been broadcasted. European Court for Human Rights disagreed with such view and ECHR officials stated that this controversial phone conversation, held between two highly ranked government officials, was indeed related to public interest issue, namely, managing and privatization of public enterprises”, stated the analyst of the above mentioned court decision.

Klix.ba, a local web site had in 2014 posted an audio recording footage, where Zeljka Cvijanovic, a former prime minister of the Republic of Srpska, was talking about bribing several members of national assembly, in order to (by using their votes) attain a parliamentary majority, required to form a government, that is, the issue concerning the corruption in the Republic of Srpska national assembly. She then referred to assembly members as to “geezers”, and ever since this affair had become known as the “Two Geezers” affair. Audio recording footage was accordingly forwarded to Klix.ba administrators that soon posted it on their web site, but they immediately became a subject to pressure by certain institutions. Namely, Ministry of Interior of the Republic of Srpska and Sarajevo Canton (the Police officials) searched Klix.ba premises, took mobile phones from editor-in-chief and director, including the taking of 19 hard disks thus disabling 19 personal computers from being operative and functional.

Dutch special team of forensics later determined that the controversial audio recording was authentic, but Prosecutors’ Office of BiH has never launched an investigation about this particular case.

After having discovered the buying of diplomas in 2019 in Bosnia and Herzegovina by applying secret audio recordings, Azra Omerovic, a “Zurnal” female reporter and journalist was interrogated at the Prosecutors’ Office of BiH premises and sources were in her case thoroughly checked. In 2020, the indictment raised against three persons involved in this case was confirmed.

Ivan Zada from Croatia was sentenced to four months on parole because he was making an unauthorized audio recording of official phone conversation held with HDZ parliament member. The recording was not posted or broadcasted; instead the transcript of this conversation was revealed, where member of the parliament was openly threatening the journalist.

“The verdict was enormously draconic. The female judge completely omitted and ignored the general public interest in this particular case and obviously neglected the fact that the parliament member was a public figure, which meant that there was no privacy when he was talking to me, because I did introduce myself and clearly outlined that I was journalist. She also underestimated the fact that I had more reasons to be concerned about my safety because his son was also threatening me twice. His son had previously been legally indicted and sentenced for an assault against the police officers and was sued for violence several times”, stated Zada during his interview with Deutsche Welle reporters and journalists.

“Legislator envisaged that anyone must be fined and punished if she or he uses special devices to overhear or make voice recording or even a statement which is not intended for her or him; or anyone who enables the uninvited person to take part in conversation or a statement that has been recorded in an unauthorized way or recorded statement. Important part of this part is that this is all about unauthorized recording and unauthorized recording is any recording which is being conducted without an approval or consent of a passive subject. Naturally, recording is allowed without a consent or approval, but only for the purpose of launching a criminal deed investigation or for the protection of country security and safety. However, these circumstances are clearly defined by the legal provision and law”, outlined Vukovic.

As far as the relationship between the institutions towards journalists that collect information by secret recording is concerned, he reminded that official investigation authorities have been announcing that they shall certainly sue and indict journalists that manage to identify and detect any discrepancies by recording that may be considered as illegal and unauthorized. The outcomes of such announcements still remained unknown to me.

Aleksandar Jokic, a lawyer, has not so far faced the cases where journalists have been collecting crucial information in this particular way. He outlined that this was not about whether journalists were allowed to record, but rather weather such evidence and proofs could be used in criminal and civil legal lawsuits.

“By law, these proofs and evidence are collected by special investigative actions and operations that are particularly defined by court officials. Therefore, I would personally say that if I happen to come across such evidence and proofs, I would treat them as illegal and accordingly would not use them in legal procedures”, claimed Jokic.

Public interest above anything else

In„Preporuke za zaštitu privatnosti u izvještajima medija“ publication, posted on BH Journalists official web site, it is outlined that journalists should apply secret and hidden recording only after they had used all other methods and when such cases concern public interests in particular.

“Secret recording in hidden investigation, whether they are conducted by media or conducted with the help of other entities, should be used only when there are no other, reasonable and less intrusive alternative way required for collecting evidence and proofs regarding serious offences. Secret recording or hidden investigation may be used only after fundamental assess of case circumstances has occurred, particularly its relevance for general public and in case of existence of less intrusive methods required for the collection of necessary information. The decision for applying secret reporting investigation should be brought at the highest possible level of media management”, they claim.

Also, media should sustain from illegal intercepting of phone calls and conversations or hacking other electronic devices, regardless whether they do it on their own or with the help and assistance of others.

“The content of private communication by politicians that is being recorded from the screens of electronic devices by using other objectives or conversations overheard from a distance by using long- range microphones, media specialists can use under special circumstances when there is a public interest that prevails (in cases of corruption or defalcation or peculating with highly ranked politicians being involved) and if these information cannot be collected or possessed by any other way applicable which is less intrusive. Even under special circumstances and conditions, the decision of applying video or audio recording that would eventually be revealed, released or posted must be approved at highest possible level of executive media managing”, it states in this publication.

((The author is a journalist and editor in chief at E-trafika; this article has been published in the 76th issue of E-journalist bulletin, within the JUFREX project and with the support of Council of Europe)