Milan Tegeltija: Journalist has no right to release or post unauthorized recording 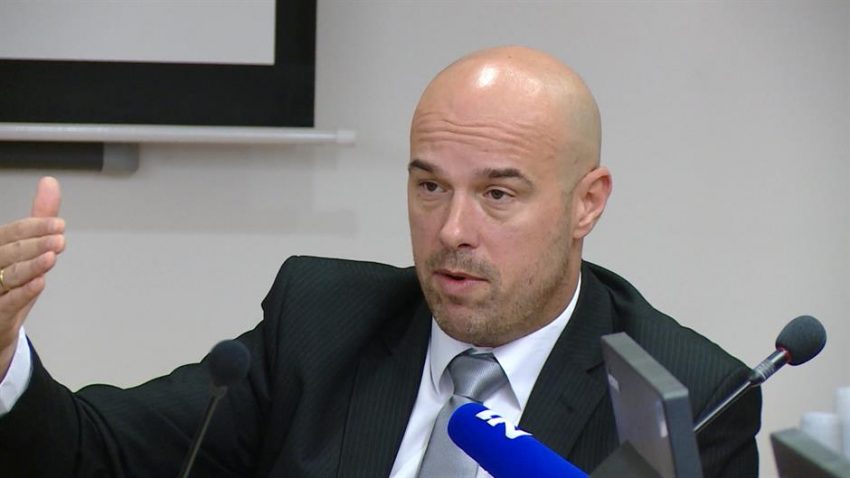 During most recent period, criminal offence of unauthorized audio and video recording has become a trouble issue in BiH, so the question of “conflict” between this particular criminal deed (offence), public interest and “public right to be informed, to be familiar and to know”, emerged accordingly and especially become outlined in the part that concerned journalists (particularly those whose investigative reporting is primary occupation). Without any intention to appear or act as a specialist of this specific area and without intentions to scientifically analyze this criminal – legal incrimination, I shall try to use very simplified language (as much as it is possible) and make an effort in trying to explain the problem.

Namely, in elaborating this particular issue (conflict between criminal – legal incriminating criminal deed (offence) and public right to be informed, familiar and to know) we should, as with any other case, begin from the initial point, that is, start from the beginning; the definition of a criminal deed (offence). Criminal deed (offence) in its simplified form does represent illegal behavior that violates or endanger fundamental social values, rights and civil freedom. As a result, by incriminating these kinds of behaviors, pursuant to criminal laws and by defining criminal sanctions that should be imposed upon such behavior, society, through criminal legislation, protects these fundamental social values, rights and civil freedoms. This is why criminal legislation in a society has a protective role which is defined by criminal law provisions in its very initial stage through fundamental principles.

Another thing that must be explained at the very beginning is the process aspect of criminal legislation. Namely, Law on Criminal Procedure regulates and defines the procedure from its very beginning and initial stage all the way to the end. It also defines, among other things, all procedures required for collecting and providing the evidence and proofs in criminal procedure.

During the process of collecting and providing the evidence and proofs, which includes all actions that may, by any means, violate certain rights or civil freedom, the law, prescribes obligatory court approval for further and necessary actions pursuant to the law itself.

There are two basic reasons for this. The first reason is a necessity to provide and respect guaranteed rights and civil freedoms (liberties) through court control of the existing conditions and justified reasons required for the implementation of measures that encroach and go back to such rights. Second reason concerns the providing of authenticity and competence of collected evidence and proofs under such conditions that is, preventing any kind of eventual misuses of such aggressive way of evidence collecting that interfere with fundamental rigs and civil freedoms.

Right to private life, or shortly, privacy right undergoes the category of fundamental rights and civil freedoms (liberties) or liberties.

During criminal procedure – investigation, it is possible to legally violate this particular right in case of existing and legally defined conditions through special investigative operational actions, including audio and visual recording.

In case of its approval and issuing of permission, it becomes a subject to strict rules and control in order to ensure authenticity and provide competence thus preventing any misuse of this particular investigative operational action.

After this there is another question: What happens to the people that make video and audio recording opposite to these rules?

The answer is also simple – they become subject to criminal – legal incrimination of criminal deed (offence) of unauthorized audio or video recording and therefore this is clearly indictable behavior.

Next question regarding this issue is the “conflict” between criminal deed (offence) and “public right to know”, that is, the question whether journalists that do this kind of operational action can be an exception in this case.

The answer is also simple; there is no provision that would exempt a person (a journalist from) this particular responsibility.

And the last question that emerges is whether a journalist that illegally collects unauthorized video or audio recording is allowed to release, reveal or post it?

The answer is also simple: according to existing laws she or he is not allowed to do so.

In case of different situation, it would be to some extent acceptable if someone would manage to employ herself or himself as professional journalist and by doing so, this status would allow the person to conduct unauthorized recordings of citizens. Or, unauthorized recording by anonymous authors would then be forwarded to journalists that would additionally release or post them. In this way, the privacy right would be bypassed and the entire process would be covered by journalism assignments. This kind of misuse cannot be tolerated in any society whatsoever. It would completely make basic right to private life for any person pointless. Privacy right can be infringed by appropraite court decision only.

(The author is the president of High Judicial and Prosecutorial Council of BiH; this article has been published in the 76th issue of E-journalist bulletin, within the JUFREX project and with the support of Council of Europe)