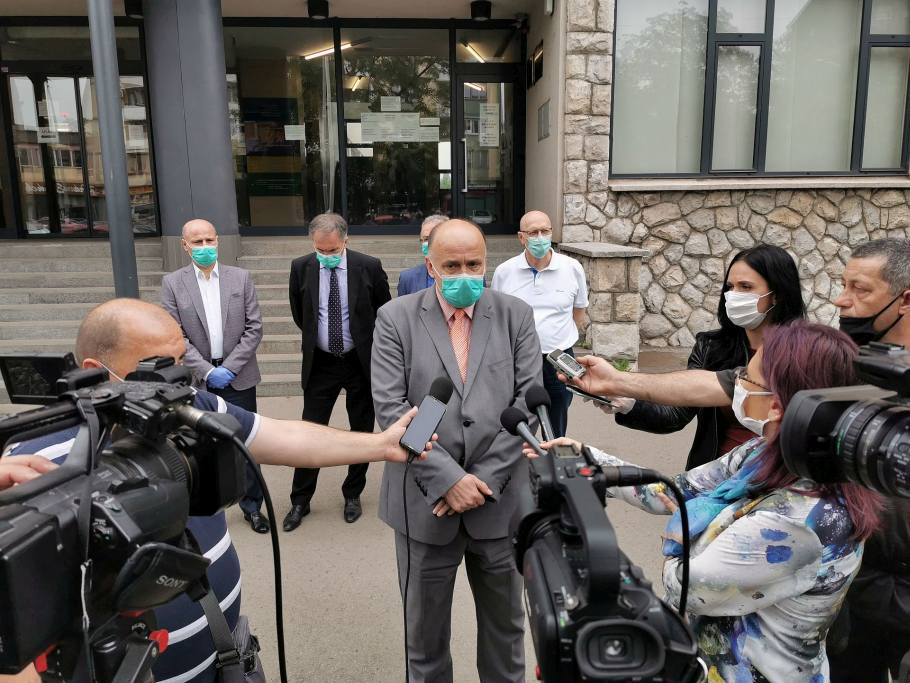 Establishing a conceived telephone communication with government official authorities in Bosnia and Herzegovina (which has an opportunity to be crowned by receiving required and necessary information), has always been a challenge for journalists even under regular, standard and normal circumstances. Sustaining this kind of communication, (with the same purpose) in an improvised home – based editing office, just at the moment when a child lost her or his most favorite toy (followed by children’s tears bursting out of their eyes), while, on the other hand, local minister tends to explain that he is actually not in the mood to talk about imposed issue and topics, does indeed represent and display a unique professional experience.

This kind of harmony, recorded by voice recorders, recording kid’s crying and minister’s “don’t ask me about that” and immediately followed by his “send email enquiry to this cute girl in my cabinet”, is, according to previous experiences and witnessing of my workmates, a hymn of journalists’ corporation during the corona virus pandemics time. Unfortunately, home – isolation and everything it carried along was not the only and most certainly not the biggest challenge that journalists have been facing and encountering in their quest for information.

Local official authorities in Bosnia and Herzegovina and institutions have somehow failed to demonstrate and display full comprehension and understanding of the concept of social distance. Most of them, in regard with recommendations about physical distance, somewhat managed to find a foundation to keep physical (and any associated) distance from media representatives. It seemed that some of them actually suspected that COVID – 19 could be transmitted even via email correspondence, so therefore they definitely decided to keep away from eventual contamination by opening their inboxes, that is, email enquiries that may have contained unwanted and rather unpleasant content.

It is quite difficult and hard to find media house whose email enquiry was not ignored (at least once) during press conferences organized by the Federal Government officials and Federal institutions official representatives; or email enquiry which was cunningly avoided followed by statement that the people who should have replied and responded to questions asked were in fact neither competent nor authorized to provide required and necessary information. In this way, for instance, the explanations that the general manager of the Public Health Institution of the Federation of Bosnia and Herzegovina had absolutely no knowledge about the controversial purchasing of medical ventilators) became a routine; moreover, no one from the officials (people that have been answering questions asked by media representatives) was meritorious and responsible for imposing some pointless restrictive measures and orders during the past period. Emerging of COVID – 19 epidemics with all its consequences, was not only misused and served as space for misusing public procurement purchasing; its appearance also served as a foundation for making a wall o silence between official authorities who should be obliged to provide accurate and true answers in the name of public and they must share them with public as well.

Few more institutions at state level and those from lower level proved themselves equally “efficient” in replying and responding to these questions. During rare moments, when some of them dared to pick up the phone and answer the call, the explanation about the disproportion on number of enquiries and insufficient number of employees that managed to get to work safely (as the cause for omission or delay of required answers) would emerge in return.

First days of pandemics confirmed that transparency of work by the institutions, including freedom of access to information and freedom of their flow would be victims of corona virus, but that would not be the case in BiH only. That is why reporters of freedom of expression and freedom in media, as part of United Nations, Inter – American Commission for Human Rights (IACHR) and media freedom representative from the Organization for Security and Cooperation in Europe (namely, the OSCE) during the common statement issued on 19 March 2020, warned the government that it must be obliged to ensure and secure rights to access to information and necessity to induce efforts required for the protection of journalists’ work.

“Journalism serves a crucial function at a moment of public health emergency, particularly when it aims to inform the public of critical information and monitors government actions. We urge all governments to robustly implement their freedom of information laws to ensure that all individuals, especially journalists, have access to information”, was the joint statement.

According to information by the international organizations for media freedoms, from the beginning of the pandemics till 15 May this year, it has been reported over 80 cases of the violation of media freedoms, including threats and arresting of journalists, increased censure over media and limiting access to information.

There is no hope of containing this virus if people can’t access accurate information. It is truly alarming to see how many governments are more interested in protecting their own reputations than in saving lives,” said Ashfaq Khalfan, Amnesty International’s Director of Law and Policy, on May 3rd, during the World Press Freedom Day.

On 9 April and during the press release, BH Journalists warned about limited access and obstructed access to information at the Government and Emergency Staff of the Federation of BiH, including Emergency Staff and Sarajevo Canton Government that had, according to issued press release, been censuring information, leaving thus many journalists without two – way communication and comprehensive replies, responses or answers regarding the questions about corona virus.

Media in the whole world, including those in BiH, share great responsibility for accurate and adequate information they provide general public audience with. However, media are not the only link in the chain required for information sharing and providing them to public, so they cannot be held as the only side responsible should information arrive too late or if they never reach the public. Sanja Vulic, an MP and member of the SNSD (local political party), perhaps “does not feel responsible because someone out there is a journalist”, as she claimed during the interview where she was justifying the amount of money she has been receiving as an MP. However, she would have felt responsible or, to some extent, even guilty, if a journalist cannot work properly if she or he is denied from having access to information.