You’ve got a microphone, you don’t need court: Implementation of democratic standards based on indictments for defamation by public figures 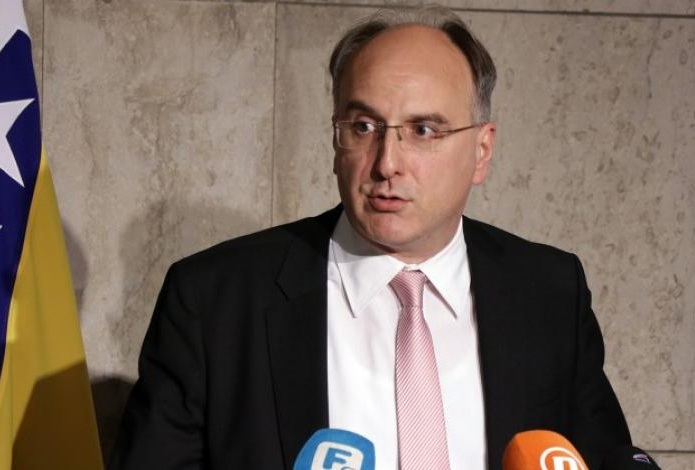 During its 7 Session, the House of Representatives of the Parliamentary Assembly of Bosnia and Herzegovina passed the Initiative recommending all governments and Entity Assemblies in BiH (including Brcko District) – under whose direct and explicit authority the issue had been – to pass the amendments regarding the protection from defamation in terms of having different standards accepted and incorporated into a coherent unit, including tolerance and presenting arguments, evidence and proofs, as far as the alleged defamation against public figures is concerned and in relation with physical entities and all in accordance with the European Court of Human Rights practice. I personally lodged this initiative in August 2019 and the path of its legal passing lasted nearly seven months. Although it is a common practice in democratic countries, the laws of Entities and Brcko District, regarding the protection from defamation, do not comprise and contain provisions that would thoroughly and precisely define the implementation of different standards, as far as the alleged defamation against public figures in relation with physical entities is concerned. The existing provisions that require that the law can be interpreted in way that it would enable and ensure the fundamental principles of freedom of expression, that is, it would be in accordance with to European Convention, seem somewhat insufficient, taking into consideration that local (domestic) courts rarely and seldom decide to implement and apply the European Court of Human Rights practice in this manner.

As far as this practice is concerned, ever since the case Lingens Vs Austria from 1986, European Court clearly stated that it would be required to accept, implement and apply a higher level of tolerance when it comes to criticizing public figures (particularly politicians) in comparison with common folk, that is, comparing to ordinary physical entities or plain citizens.

When European Court then decided that “the limits and boundaries of accepted critics are therefore wider when they concern politicians as such comparing with physical entities. As oppose to latter (subsequent), this early and unavoidable party exposes oneself to more thorough questioning of every single word one says, (including every political move), by both journalists and wider public audience and it is certainly necessary that one should demonstrate a higher level of tolerance respectively”.

This verdict served as a precedent in line of later cases under the European Court, including few cases coming from our region with Mladina Vs Slovenia and Tesic Vs Serbia both from 2014.

European Court also decided that the fine imposed against media house “would represent a sort of censorship which should discourage media houses in terms of getting involved in criticizing of that kind in the future” and that “the above outlined fine would in context of political debate, most probably discourage journalists to make their contribution in public debates regarding the issues that concern the life in local communities” (Lingens)

This kind of approach is justified, taking into consideration that public figures (especially political officials) deliberately expose themselves in public and may in return (reasonably) expect a higher level of public interest regarding their work, political moves, statements and opinions. Additionally, public figures have significantly easier approach to public information sources (with the purpose of defending themselves from critics) than it is the case with physical entities, including the protection of their reputation which they may request through such public information channels, rather than merely seeking justice throughout court processes. Finally, defamation indictments by public figures display most of such legal charges pressed against journalists in Bosnia and Herzegovina, which significantly shackles media to create critical – based reports regarding the issues that public may find interesting, thus imposing unpermitted limits to freedom of expression in general.

Courts in Bosnia and Herzegovina very rarely implement the above outlined European Court practice, despite the fact that they are, pursuant although to Article II of the Constitution of BiH, obliged to do so, so this initiative is therefore obviously required and necessary. A bright example of local (domestic) practice was the case in the town of Visoko where the local Court had explicitly referred to European Court practice, once they decided to dismiss the indictment against journalist and media house, based on alleged defamation. Legal charges were pressed by female municipal mayor of the town of Visoko. However, bearing in mind that this case was an exception, rather than the rule, it would be necessary and required to impose standards deriving from the European Court practice in Bosnia and Herzegovina with the purpose of providing journalists’ protection, including the protection of media houses, their representatives,  but also the protection of general public that relies on free media in order to be provided with as many information as possible in regard with issues that public may show interest in.

In that sense, in would be required to highlight that the above outlined initiative lodged in the House of Representatives of the Parliamentary Assembly of Bosnia and Herzegovina was passed only during the second round of voting, due to lack of votes coming from the Republic of Srpska Entity and because of the provision of the Constitution of BiH by which the sustained votes cannot be taken into account for the purpose of common majority (or even Entity majority) during the second round of voting.

Namely, the Initiative was, during the first round of voting, supported by 12 MP’s (Naša stranka, SDP, DF, SBB, Nezavisni blok and A-SDA); 7 MP’s voted against (SNSD), while 18 MP’s remained sustained (SDA and HDZ) or some MP’s failed to vote (SDS and PDP).[2]

Second round of voting was more favorable and the Initiative passed with 21 votes FOR (Naša stranka, SDP, DF, SBB, Nezavisni blok, A-SDA and SDA, except Denis Zvizdić); no votes AGAINST (SNSD and HDZ MP’s had already left the Assembly session); one sustained vote (Denis Zvizdic) and four MP’s that did not vote at all (SDS and PDP).[3]

These results, including the turnover by the SDA party position (when they decided to alter from “sustained” party in the first voting round to the party that voted FOR the passing of the Imitative), as well as the fact that political party representatives coming from the RS Entity did not support the Initiative, displayed that the amendments of the Defamation Law at this partial moment is more intense in the Federation of BiH that in the Republic of Srpska.

In any event, the Initiative significantly raised public awareness regarding the need of having implemented different standards between public figures and physical entities, as far as defamation indictments are concerned, including the necessity of reducing the number of cases containing charges pressed against media representatives by politicians and key and crucial role that journalists and media play in terms of promotion of debates concerning the issues that general public considers crucial in democratic societies. Non – government organizations, such as BH Journalists – that, from the very beginning, provided unlimited support to this particular Imitative and individual media houses that may have an impact on Entity level representatives to, based on the Imitative itself, pass necessary and required amendments with the purpose of its cutter and complete implementation.

(This article is published in E-journalist bulletin no.74)

[3] Voting results during the 7th Session of House of Representatives of the Parliamentary Assembly of Bosnia and Herzegovina, Vote Number 19., pages. 39-40. http://static.parlament.ba/doc/125827_Rezultati_glasanja_za_7_sjednicu_PD_od_11-03-2020.pdf .