Politicians must accept criticism in the media as part of freedom of expression, not as defamation 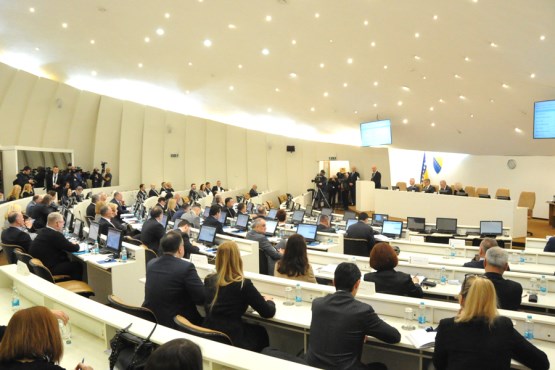 Sarajevo, 17.03.2020. – The House of Representatives of the BiH Parliament adopted the initiative of Damir Arnaut to apply higher standards for accepting or dismissing defamation claims before domestic courts, if filed by politicians against journalists and editors, or media owners.

At the 7th session of the House of Representatives of the Parliamentary Assembly of BiH last week, lawmakers supported the initiative of MPs Arnaut on amendments to the Law on Defamation to incorporate “different standards of admissibility, tolerance and proof of defamation” when it comes to lawsuits of public personalities in relation to private persons, in accordance with the case law of the European Court of Human Rights. Arnaut sent this initiative at the end of August last year, requesting the entities’ and Brcko District BiH authorities to prepare and adopt amendments to the Law on Defamation.

In an explanation of the initiative Arnaut stated that in democratic countries, “it is a common practice that public figures and politicians and public officials in particular, are subject to a higher standard of defamation claims than private individuals, which is the practice of the European Court of Human Rights since 1986”. Although the existing entity and Brcko District laws require that they be interpreted in a manner that ensures the principle of freedom of expression, or in accordance with the European Convention, Arnaut states that “these general provisions are not sufficient because domestic courts rarely and sporadically apply the case law of the European Court”. He also recalls that the United States Supreme Court in 1964 in “New York Times v. Sullivan” established the standard that when persons in public office are suing for defamation, they should prove not only that the information published is untrue and harmful, but also that the journalist acted with “real malice”, that is, he knew the information to be false or recklessly ignored the truth.

“A different approach is justified given that public figures, and political officials in particular, are consciously exposed to the public with all the advantages and disadvantages it carries, and can reasonably expect an increased level of interest in their work, decisions, statements and attitudes. Public figures have much easier access to the media for the purpose of defending themselves against criticism than is the case with private individuals, and may seek protection of their reputation through such public channels, not exclusively through judicial means. Finally, defamation lawsuits by public figures represent the largest part of such lawsuits in Bosnia and Herzegovina and carry a real financial pressure on the media outlets, which significantly discourages the media from reporting critically on issues of public interest and constituting unacceptable restrictions on freedom of expression”, Arnaut said.

The BH Journalists Association welcomed this initiative and recalled that politicians were the ones who have filed the largest number of lawsuits for defamation against journalists and the media outlets in the last 17 years since defamation laws were applied in BiH. At present, more than 170 defamation cases are active, which is a very large number compared to other countries in the region and Europe. The media community in BiH has often experienced the lawsuits of politicians, ie government officials, not only as a pressure on freedom of expression, but also as a powerful means of economic exhaustion of the media, especially in cases where politicians file dozens of lawsuits against one media outlet. BH Journalists expect that, following the adoption of Damir Arnaut’s initiative in the BiH PA, procedures for changes to defamation legislation in the entity parliaments and in the Brcko District will be swiftly instituted.

The problem of filing a large number of libel lawsuits against BiH media was also highlighted in a recent US State Department report on the state of human rights in the world, citing data from the Free Media Help Line (FHML), a special free legal aid service for journalists operating within the BH Journalists Association.

According to a State Department report, the Free Media Help Line data shows that courts in BiH often do not differentiate between different media genres, such as news and commentary, and that long court proceedings financially drain journalists and media outlets.

“Years of misapplication of the law have put direct pressure on journalists and the media in BiH, which has threatened the right to freedom of expression”, the State Department report said.