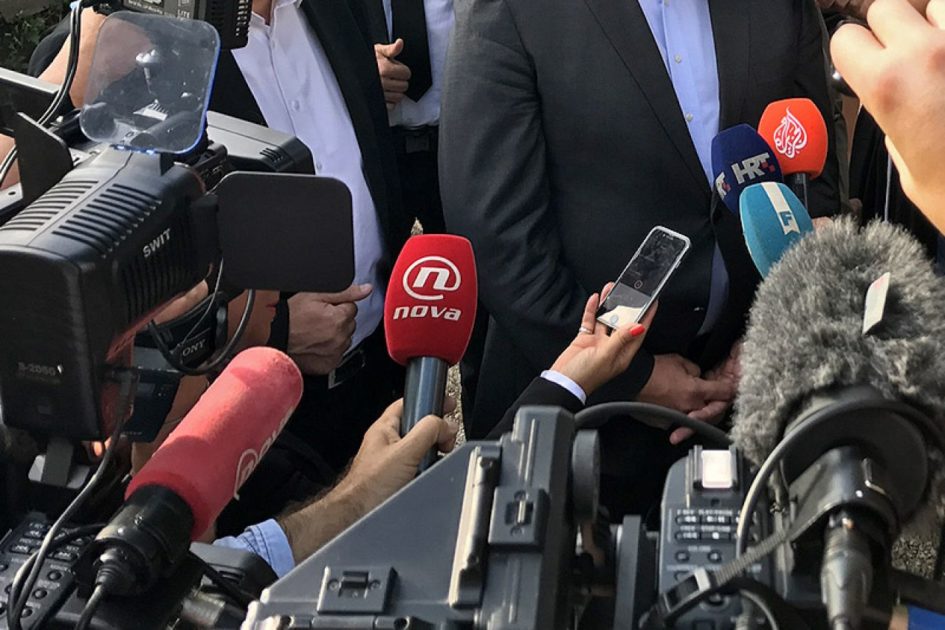 Sarajevo, 03.02.2020. – Public media should be in the service of public interest, but in Bosnia and Herzegovina that has been under big question mark. An influence of the politics in some public media is that obvious that it could not be hidden anymore. In such atmosphere, the journalists prone to self-censorship are not able to have space for any kind of criticism, and the line of influence starts with employing „suitable“ management in public media.

Public media are mostly financed from the budgets of the local communities according to their organizing as public institutions. In employing of directors and editors in that media, politics always has the last word. Because of that, as the people we talked to consider, we have the programme that is disengaged of any critics to the local authorities. Public media function mostly as informers about local themes, with the accent on activites of the city or community administration, their political options and options similar to them.

Media as a smoke curtain

In some local media the position of the director is separated from editor’s, and in others the director and the editor are the same person. Radio Gacko works that way – since its foundation, one woman works as programme director and editor.

Our interviewees said that the recipe is very simple – if you do what they tell you to do, there is no fear of being fired.

One journalist that works for a public media in Herzegovina says that it is obvious that politics has main influence in the appointment of the leading staff in managerial stuctures of the media as the way of providing full control in publishing of informations. The employees have safe sallaries every month from the local budget. He adds that control of the media is not necessary anymore, because journalists are already „trained“.

– They feel what is suitable to be published and what is not, and also do not see the reason why complicate their own life by biting the hand that feeds them. That is their leading thought because the local budget for a long time is not perceived as a public money, but the money of the person or persons who are making transactions. Economy themes are presented only through statements of local administrations represents and their validity is never under doubt. It’s the same with political themes. Media are often used as a smoke curtain – to turn public attention from the important problems – says this journalist.

His colleague has the same opinion. In her media outlet, she said, many of them are aware that there is more professional way to talk about local themes, but that never happens.

– Our director is not pleased with the local administration, but he is still obedient – she said.

The former director of one public radio station told us that politics has absolute influence in the forming of leading staff in public media. It was the same when he was named as a director of the radio.

– More precisely, there is no other influence, which means that if we did not have the appropriate professional staff, someone who was not qualified would be appointed. I exclude the least likelihood that these people could be from the opposition parties. I did not seek any party loyalty for key positions. Now it is important that you have a party booklet. This was, after all, publicly promoted by the first man of the state – says our interlocutor.

He estimated that the situation in the media in that sense is getting worse by the day. He added that there is no possibility that the media financed from local budgets could ever be liberated from the political influence.

In 2018 Mediacenter Sarajevo led research wich revealed that appointing people on leading positions in public local media is unballanced and not transparent which is fertile ground for all kinds of political involvements.

Anida Sokol from Mediacenter claimed that it is a public secret that leading political parties also name the chiefs of the public media.

– In interviews with representatives of local public media, we generally get some affirmation when it comes to the influence of local authorities on editorial policies, in the sense that they always expect some kind of good cooperation. For 25 years, the public local media has been reporting mostly affirmatively about the work of local authorities, so it has become a common practice that is difficult to change – said Sokol.

According to the law, she clarified that the procedures of appointing management are defined by the rules and the laws made for companies and public institutions. The procedures are more precisely defined by internal documents of public local media, but in practice they are uneven and non-transparent.

– Under the rules of the CRA, the functions of editors and directors of public broadcasters must be separated from political parties and organizations, but in practice this is difficult to control since the CRA does not carry out constant monitoring, and generally, formal separation does not necessarily mean that there are no political influences. Furthermore, if you look at the ads for e.g. Supervisory Board members or directors, that are very difficult to find, you will see that the criteria are very generic, which is subject to manipulation – explains Anida Sokol.

The research also showed that the public local media do not publish even key information about their work.

– They do not publish their finances, appointment decisions, and some not even impressum, nor do they submit them on request. When doing this research, we sent a questionnaire to all public local media in BiH, 81 of them, and received answers from only 14. This indicates that representatives of public local media are not instructed that they must first, as media, and then as public companies, submit and even proactively publish public information of public importance regarding their work – says Sokol.

While the former director of public media we spoke with is suspicious that public financed media and journalists can be free from political influence, Sokol believes it is important to develop awareness among local officials, politicians, and the media themselves and citizens.

– The media are in deep crisis and cannot fully rely on marketing, especially those involved in investigative journalism, and financial support from the state and various donors is necessary. To do this, transparency and clear and precise criteria are needed – she concluded.

In all of this, the consequences are primarily felt by the citizens from whose pockets the public media are funded, because they do not receive the right information to determine their views and actions in society.