Why do journalist tend to become censors of their own work? 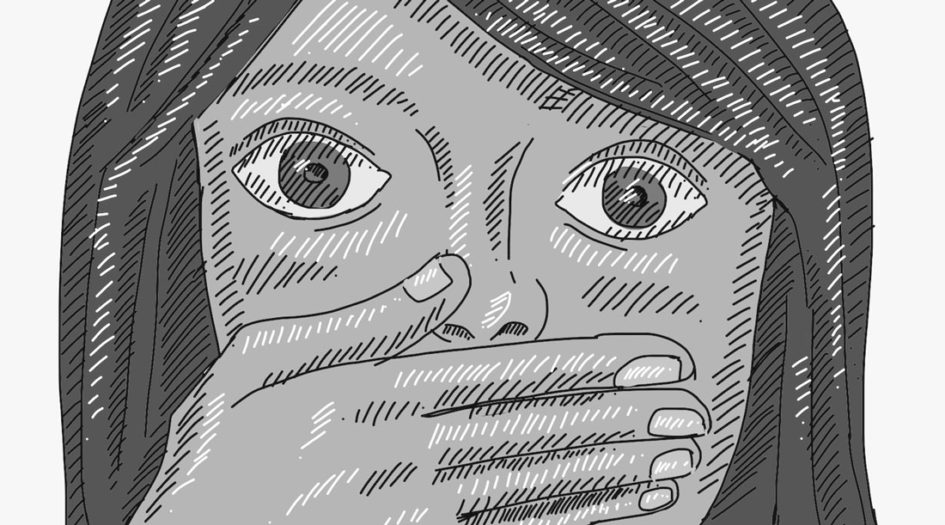 Sarajevo, 20.11.2019. – Freedom of opinion and expression has been guaranteed by the Constitution of Bosnia and Herzegovina, as well as by the constitutions and laws of both BiH Entities. Nevertheless, its implementation is rather a complex process in a country where everyone tends to keep media sources “on a leash” thus having full control over them.
It seems that those having political and governing power in BiH have been taught and instructed that they may rule by the use of “iron fist” in the first place, whenever they find this appropriate and they have managed to do quite well in their “ruling” so media houses in BiH have consequently been exposed to various types of pressures.

Freedom of expression is too expensive

When journalists write about corruption which indeed is one of the most crucial problems in BiH society, the pressure almost by default, comes from institutions that should protect public interests instead, fight against corruption, fine and sanction those responsible. However, when journalists or media sources discover and dare to post, share or public, that is, to publically release the news that potentially represents a great corruptive affair, like for instance, that there is serious possibility that the first men of judiciary system is bribed, then they (journalists or media sources) are exposed to pressure even by those that should be the first to react to such affairs; namely judiciary officials. Instead of using legal means and pursuant to existing laws, in and by applying common sense, in order to investigate the crimes and interrogate the perpetrators of such illegal actions (corruptive actions and other illegal operations), the officials of the Prosecutor’s Office of BiH rather chose to talk about those that write about corruption and they even decide to interrogate journalists and check their sources.

Everything that has been happening to our colleagues who managed to discover bribery and write about corruption or similar criminal actions, has not given them any hope nor courage (including other journalists) to cope with “real” stories. We are under the impression that everyone tends to censure media space including, governing and judiciary officials, businessmen, football firms and the public that makes no exception especially when it comes to insulting, offensive and primitive comments in wide world of social media.

Freedom of opinion and speech in BiH therefore does exist, only that we have witnessed that this particular “freedom” bears certain consequences affecting media houses.

Media in BiH do not face typical censure which, one way or another, has always existed throughout this specific region. Nowadays, censure in BiH gets new forms and shapes which include the use of force, blackmailing, threats etc.

Most recent case of this kind of censure which included forcing the change of opinion in public, as a result of public denial of news, happened recently to our colleagues at RadioSarajevo.ba, when two persons, as they introduced themselves – members of local football firm, physically threatened journalists and their family members thus forcing them to delete the article (text) because they did not like the content of it.

This vandal, rather primitive deed, provided censure with new horizons, some kind of new dimensions conceived in some dark minds of those that fight against the truth and those who disliked the genuine truth. It was frightening that this recent assault and, to some extent, a call to all of those that, based on various reasons, did not comprehend what media had to release, to demonstrate in same way their disapproval and through some savage, uncivilized and above all, illegal way, request from journalists to make changes and alterations of their posts, texts or articles or to hide the truth that “hurts” them.

This is just another reason why the censure is on an increase line in media and amongst journalists; not so much because of fear from editing offices or editors; it derives from the fear for their own lives, but also the lives of family members and relatives.

How can we fight under such circumstances? How can we work in accordance with professional rules of journalism? How can we write about discrepancies and irregularities in society if we have to fear for our own lives and lives of our families, relatives and friends because the system would not and shall not protect them?

Besides all of the above listed set of problems, journalists do not oppose censure and auto censure and because of burden they have to face all the time, including monthly-based struggle for decent living existence, making for living etc. Although, some would call this “conformism”, it is indeed the fact that a number of our colleagues have been “forced” to auto censure and also they had to endure imposed censure because media in BiH mostly, particularly public broadcasting services have strong bounds and ties with official politics thus leaving the objective reporting and journalism to fade away. It seems that the amount of censure is more notable in public broadcasting services, that is, in media houses financed by public money, rather than in private media houses.
Journalists working at public broadcasting services have daily been imposed with pressures by people ordering them what they must and must not post, public or release. They are ordered which politics to defend support and back up on one hand, and, on the other hand, which politics they must offend, insult and criticize.

Consequently, apart from journalists, the general public have also been imposed to certain level of terror, because they are forced to listen to identical statements and announcements in radio news program and TV news programs and shows broadcasted by public service broadcasters, including watch at the same faces for years and often public have no alternative but to watch TV reports that are obviously unprofessional and apparently censured.

There are of course, private media sources that are often biased in their writing or they simply tend to overcome certain venue or event only because their “bosses” do not find personal interests in posting, writing or sharing such venues or events

Despite everything that has been happening in BiH, as far as media field is concerned, there is a number of media houses that desperately try to oppose and fight the censorship. On the other hand, the number of those that favor “all sides and parties” in their stories. Problem of current reporting for media and journalists in BiH represents the fact that they seem to have forgotten the fundamental principles that professional journalism is based on; they seem to have forgotten what news was and how it should be written and shared all because of some sort of exclusivity and “race” to be the first to release the information.

Politics is ruthless and so is society

It is hard today in Bosnia and Herzegovina to work as professional journalist and write without limits without being at risk of getting punished for that, but not punished by editing office superiors, but instead, getting punished from the society and various politics that impose their rules about absolutely everything, including media reporting. This is the situation caused by a complete absence of legal solution that would provide protection for professional journalism from verbal and non-verbal assaults and attacks that they have been exposed to continually.

Accordingly, journalists are often forced to censure their own work – even if they write about most simple topic or issue or when they deal with serious investigative work discovering cases of bribery and corruption, including other criminal deeds.

Additional encouraging thing is the fact that countless stories that manage to discover criminal activities, particularly those that included highly ranked politicians as main stars, instead of being posted on front pages, these stories often end up in manager’s desk drawers and they never get published or posted, while their authors, at the same time, are imposed with pressure and often have to back down and withdraw, or even leave their own country.

Censure and auto censure in media in BiH is more frequent and present today than ever before, because Bosna and Herzegovina is a “small swamp full of crocodiles” and working in such environment is very complex and difficult to attain and at the same, it is also difficult for journalists not to become their own censors as a result.

(The author is a journalist of “Nezavisne novine” daily; this article was originally published in E-journalist bulletin)
BHN, Sarajevo, 20/11/2019