When tyrants target “the seventh estate” 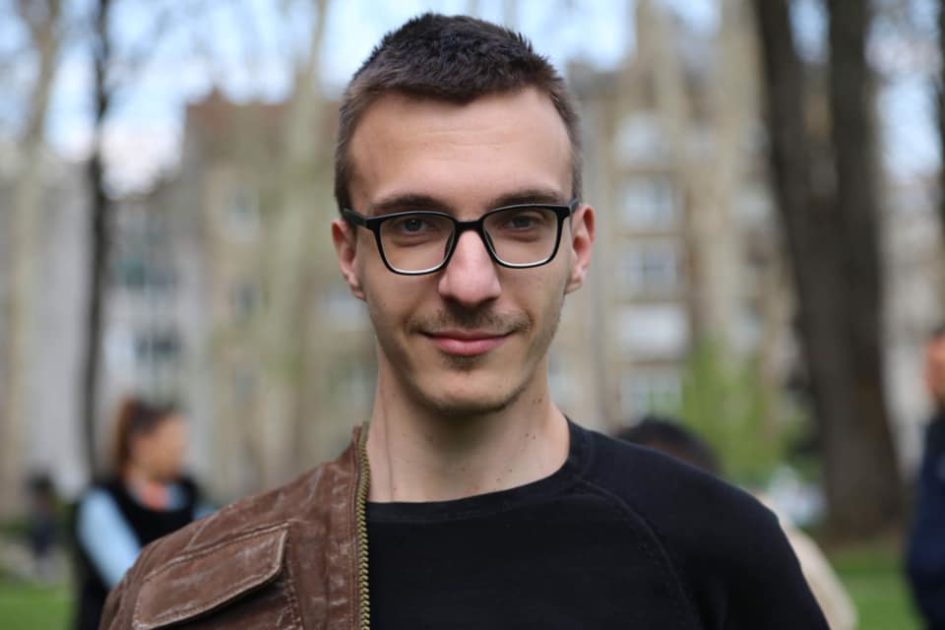 Sarajevo, 10.09.2019. – Members of “the seventh estate” in Bosnia and Herzegovina are often targeted by tyrants, despots and other assaulters often ending up with physical attacks as the outcome in most cases. Painful experience that clearly displays who the true “powerful force” is and upon whom this force is used was perhaps best illustrated in the case of Vladimir Kovacevic, BN TV local journalist, who had been brutally and physically attacked and beaten.

A year after this brutal attack, this case still evokes shock and disbelief particularly among journalist community members, taking into consideration the fact that Mr. Kovacevic was beaten with metal rods and stick, hit in his head and he was extremely lucky to be alive after all. Justice was partially done because Marko Colic from Banja Luka was recently sentenced to four years in prison for murder attempt against Mr. Kovacevic, BN TV journalist. However, the question whether there were principal persons who had ordered this brutal attack, still remains unsolved and this mystery is exactly what Mr. Kovacevic has been wandering as well.

Victim as the accused

While we talk about everything that he had to go through during last 12 months period, he tells me that he feels satisfied because the court proceeding finally ended because, according to his opinion, during the court proceeding, he did feel as the accused person, instead of being treated as the victim of this brutal attack. According to him, this whole process seemed as exhausting “rack”.

“I only wished to see this court proceeding finally over. This whole process was very hard for me because I did not feel comfortable entering the court room several times and attend court proceedings because I had to go through this trauma all over again and experience the same incidents several times. Everything seemed very hard for me and sometimes it even felt harder than the attack itself, so I am glad it is over now”, Mr. Kovacevic says with a relief.

After being asked why he had been attacked in the first place and why was he picked by Marko Colic as his target, Mr. Kovacevic did not know what to answer.

“Colic had no personal motif to have me murdered (which includes his associate as well); instead there was someone else hiding behind this order. On one hand, I believe that the forthcoming investigation will soon identify and release the identity of a person who gave the order, but on the other hand, I also doubt that the investigation shall be pointed to this particular direction”, claims Mr. Kovacevic.

BiH Journalists have for a significant period of time, been outlining and highlighting the need for having better legal protection for journalists allowing and enabling them to do their work freely and undisturbed by any means. The attack on Mr. Kovacevic was the trigger for his journalist workmates and collogues to demand amendments of the Criminal law from the members of the parliament of the Republic of Srpska (Peoples Assembly), so any attack and assault against journalists could be legally treated as the attack and assault against the official authority.

“We expect from the governing official authorities of the Republic of Srpska to arrest all attackers on journalists. We also expect newly appointed members of the parliament to amend Criminal Law of the Republic of Srpska during their first assembly meeting session and urgently as well, so the attackers on journalists would be even more punished than it is the case at present. New Criminal law should contain new provision where any assault and attack on media staff would be treated and legally considered equally as the assault and attack on official authority and this would result in greater fines for assaulters and attackers and cases would consequently be resolved much quicker than it is the case at present. Most parties whose members are now members of the People’s Assembly (Parliament) of the Republic of Srpska had promised that they would make these amendments during their pre – election campaign. Opposition political parties had done this earlier, and SNSD did it immediately after the attack on Mr. Vladimir Kovacevic”, said Sinisa Vukelic, president of Banja Luka journalist club in November 2018.

The situation in the other part of our country is not any better, as far as the protection of journalists is concerned. In the Federation of Bosnia and Herzegovina, according to interoperation and view of Bakir Izetbegovic, the leader of the Party of Democratic Action (SDA), the assault on the cameraman was actually “the assault on his recording camera”, which has already happened to Adi Kebo, a journalist of Zurnal magazine who had been video recording the factory premises owned by Huso Cesir, president of the Municipal Council of SDA in the Municipality of Novi Grad Sarajevo.

“During last year we were targets countless times by both judiciary institutions and political parties and their representatives. We have reacted and pointed out the necessity of imposing serious actions by the official institutions in processing and sanctioning the perpetrators and assaulters on journalists. The result of their neglecting and insufficient and serious approach to this growing an increasing problem and issue, resulted in an increasing number of assaults on journalists and media representatives and open obstruction of media representatives during their reporting”, stated Eldin Karic, (executive director of the Center for Media Development and Analysis), after the assault on Adi Kebo.

After this incident, the Parliament of the Federation of BiH accepted the initiative by the members of the SDP (Social Democratic Party) clearly stating that assaults and attacks on journalists shall from then on be considered and legally treated as assaults and attacks on official authorities. The path from the initiative itself to criminal law amendments is long, but the question is whether the status of “official authorities” for journalists could represent a “double jeopardy”, that is, to pass the message to general public that journalists must have a “special treatment”, so they could not be obstructed and do their work freely. Besides, the question is to what extent the recommended initiatives would be implemented through Entity criminal laws, taking into consideration that journalists (by the nature of their work) perform their duties throughout BiH, regardless where their main and head offices are. Does this mean that Criminal law should primarlily and firstly be regualted on the state level, so it could treat assualts anad attacks on journalists accordingly and then pass this new legislation onto lower governing levels?

The question is what exactly shall be comprehended under the “attack on journalists” term, because here we do not refer to physical assaults only. Countless number of journalists in BiH are exposed to verbal assaults on daily basis and this does indeed represent one of the leading factors that creates stressful situations, nervousness, anxiety etc., and according to medical experts, these factors also represent the trigger causing other health and medical problems due to which the journalists in BiH unfortunately pass away at very young age.

Unfortunately, verbal assaults have practically become usual “weapon” of all those that are unsatisfied with journalist reports and I personally was exposed to identical situation. Dissatisfaction of elected and appointed officials is often manifested by phone calls to editing offices, that is, phone calls directed to editors, including the addressing of the unsatisfied persons to al journalists with often very unpleasant voice, threats and shouting as well. Denials and other types of confuting the posted or published quotes deriving from journalists’ reports and articles (texts) have, for most local figures coming from all segments of public lives, been rather unknown term. Their “arguments” are personally demonstrated followed by threatening and other types of pressure imposed against journalists, their work, as well as other media staff.

One of the most appropriate places for exposing, releasing and posting professional and personal frustrations, including encouraging and instigating hate speech directed against journalists are definitely social media sources. This represents the worst possible way and Arijana Saracevic – Helac, our female colleague and regional journalist had to learn this hard way and experience it (along with her colleague Sanela Prasovic) on her own skin at the end of 2017 when one of the employees at the Presidency of BiH referred to these two ladies (on his face book profile) as to a “second hand and used staff”. Apart from condemning, mostly coming from journalist community and short – lasting public interest in terms of various comments as a reflection to this case, there was no official reaction and sanctions imposed by the officials and the above mentioned person engaged with the Presidency cabinet (“official authority”) continue to perform his work undisturbedly as if nothing had happened. And my female colleagues are even nowadays targets to chauvinist, horrible and malicious comments posted by male population and these comments often refer to their physical appearance.

We journalists are often not even aware that the job we do is actually very risky and dangerous because it is not easy to defend ourselves from different ways of “exposing dissatisfaction”, which is what we have demonstrated in this text as well. We still cannot rely on adequate legal protection, because in the system of twisted reality that we live in, journalist are often targets of judiciary system, instead of being protected by the same system.

Finally, the question that should make us all think is: “If tomorrow afternoon somebody ends up being dead, would we as society finally realize the seriousness of this situation?