Story of one Voice: How to keep freedom but also preserve rules of professional journalism 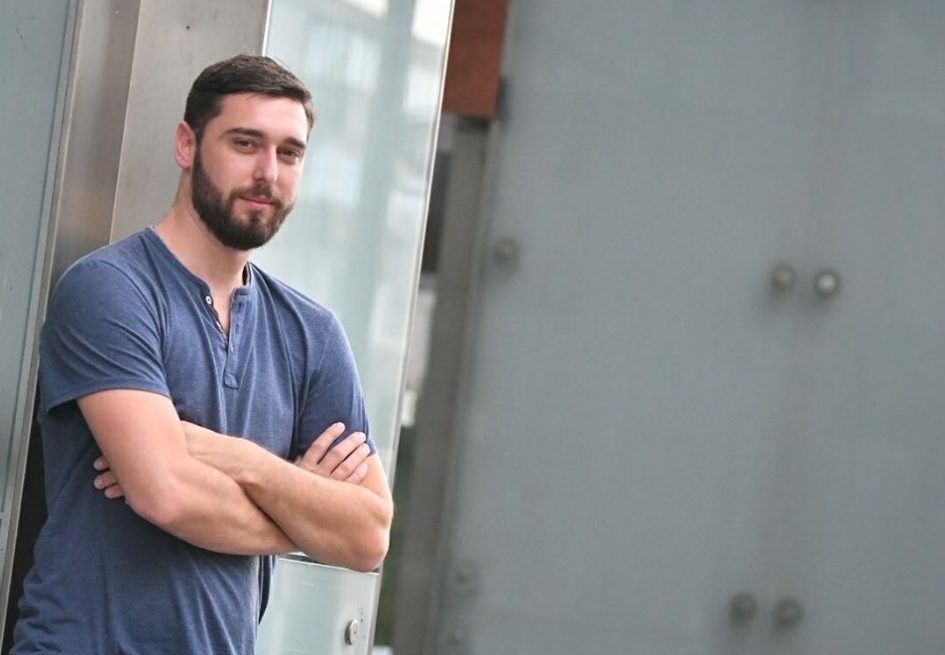 Sarajevo, 13.11.2019. – On 1st October 2007, the AP Agency released the following news: Austrian Police arrested Bosnian citizen today after his attempt to enter the premises of American Embassy in Vienna. He was carrying a bag loaded and packed with explosive. The man tried to run away immediately after the metal detector, set up at the Embassy entrance gate, detected metal in his bag, said Mihaela Raz Police spokesperson and she added that he was arrested and handed over to official authorities for further interrogation. According to AP Agency sources, his bag contained two hand grenades, steel nails and Islamic books. Nobody was injured or hurt, but the police decided to block the surrounding area around the Embassy for safety reasons and also decided to close or re-direct bus and tram lines as well. The suspect was described as Bosnian citizen, aged 42 and presently living in Lower Austria region.

First and last sentence, by which the potential suicide bomber had been described as, marked the alarm in editing offices of almost all local media houses, including “Oslobodjenje”, media houses where I have been working. Quick response with the female chief-in-editor meant that I was to be assigned with this particular story. It was 6 p.m. and our media houses was closing around 8 p.m. (it still has same trading hours). The clock began with its countdown.

Encounter in front of “Oslobodjenje” building

That is how I began to settle the story – for the beginning I decided to go for thorough reading of agency news, followed by contacts with our colleagues from Vienna and at the end, search for people living in Bosnia and Herzegovina that may have known the suspect. At this particular time, Google could have not provided me with sufficient and required information, so journalists had to look for collocutors over the phone, which was exactly what happened. First call to the person with the same surname living in Sarajevo was a complete failure. Second call was even worse than the first one and the third phone call was with the person that showed no interest in this talk whatsoever after I had introduced myself as local journalist. This call was followed by a call with certain and very nervous lady and after that I spoke with a person with very deep voice. This deep voice was actually a winner or maybe not?

– “Good evening. My name is Almir and I am a journalist. I am checking the accident in Austria about this Bosnia fellow who tried to enter the premises of American Embassy in Vienna. You two have the same surname. Are you related at all”?

– “Good evening. Where are you at the moment?” replied the voice?

-”I am in my office in “Oslobodjenje”, I answered.

– Good. Wait for me there”, the voice ordered and hung up the phone.

In the meantime I had to complete and finish my text. We started auctioning with headlines and titles and some of them included the following:” Bosnian bomber in Vienna”, “Wahhabi (Salafi) (there were speculations that he had a member of this group) attacked the USA Embassy in Vienna”, “Terrorism in Vienna” Etc. At the end I concluded with “Bosnian male person attempted attack on the USA Embassy in Vienna”? The paper was forwarded for publishing and I was on my way to exit door of “Oslobodjenje”” building where attackers cousin had already been waiting for me. It was the same person whom I had previously referred to as the Voice.

Old red color Golf, white undershirt covering some muscles and a notable belly. It was indeed the Voice. He approached me. He was coming to me. I wanted easy interaction and I said that I was lucky that he came after the sunset, otherwise if he had decided to come during the broad daylight, his shadow would have covered my entire body. I was laughing to this remark but he was not. I decided to be more serious and he seemed somehow angry. He asked me to read the text I had written about his first relative, which I refused. He pulled the gun from the back of his trousers and said that he would kill me if he sees a single word published in newspaper about his bellowed cousin describing him as a member of Wahhabi (Salafi) movement. He added that I was American spy getting paid for what I did. I remained calm and silent completely unaware of the situation.

The Voice walked away towards his Golf and I was thinking about my article (text). Did I use the term “Wahhabi” (Salafi)? I know I didn’t use it in my title. Perhaps I did use it in my article somewhere but I also knew I had a professional dilemma about this issue. Was I to comply and back down in front of my colleagues and their appeals; abate in front of some editor and thus insert the term “Wahhabi” (Salafi) because it appeared more “sexy” for the title itself? My view and stance were clear, at least they were firm in my fear in this specific situation. And then suddenly the question emerged itself: “Should I call the police and inform someone about this threat”? Perhaps I shouldn’t, because journalists were under threat all the time anyway.

My article (text) was released the next day exactly as I had planned. The term “Wahhabi” was not in the title or article (text). I never referred to the man as to a terrorist anywhere in my article (text). There was not a single word or term that would incriminate professional standards of journalism.

You most probably wander why this particular story would be considered important as far as censure and auto censure are concerned. The answer to this question, the one I often refer to during the training sessions for junior journalists is rather simple: obeying professional standards represents the only reason for emerging of auto censure. I often amplify my answer by stating that a journalist should focus on auto censure only when her/his freedom may jeopardize the rules of professional journalism and endanger someone else’s freedom.

In this case, the man from Vienna who wanted to enter the USA Embassy in Vienna carrying a bag full with bombs and grenades, the only form of auto censure was to prevent ourselves from having a word game or using unfounded claims in order to get a better headline or title, because by applying this we would certainly violate the rules of professional journalism.

In other case, the journalist should not accept auto censure and censure as matrix based on which she/he should do this job. Whether she/he would eventually become subject to auto censure still remains unanswered, although many believe that she/he would probably become subjects. They would also most probably eventually become victims of censure / most probably!

Daily agenda in editing offices usually imposes daily issues, affairs, events and venues that are, mostly due to the policy of such media house, but also because of ever-growing commercial marketing interests, in certain conflict with journalists’ freedoms. Every journalist is aware of this, however, the question is whether she/he should accept this type of conduct matrix? In my opinion, she/he should definitely not. Journalists and editors should obey the game rules and company interests they work for, but also, they should, every time when they think about auto censure, open this issue as the question that must be spread and shared around; explain the situation to wide audience and demand and require clear guideline. In this way, journalists may preserve their liberty, but also be provided with yet another opportunity where more professional journalists, including more experienced ones, take over this issue and provide necessary help required to overcome related problems as far as gaining necessary liberty and freedom is concerned respectively. In conclusion, this means that any time when you think you need auto censure, share your opinion to wider audience so that your problem should thus present your colleagues with concerns as well.

Why should this issue concern us?

On the other hand, there is not a single journalists, female or male, who had been working at least one year in any editing office, who had not been imposed with censure one way or another. Censure usually emerges as the view expressed by the editors and based on a very simple formula: “I as editor – in – chief am much more aware and familiar why this issue should not be discussed”. The real question is how can we cope and handle the situations where we become victims of censure. According to my personal experience, it is clear and rather obvious that we should raise the following question instead: “Why should this issue concern us?”

Who shall we direct this question to? First of all, we should direct this question to the column editor and then other editors accordingly. As far as the issue of censure is concerned, that is, its attempts, it is important to express our view openly because our freedom and liberty would thus remain protected and censure would be placed in an inconvenient position. Perhaps, our question may lead to gaining new liberties for the entire editing office.

I feel obliged to conclude the story of the Voice until the end. I told my editors what happened in front of our building three days after the accident. They criticized me for not taking the threat into serious consideration and fro not calling the police officials immediately. I always thought that such reaction would be a nonsense because I was convinced that journalists should demonstrate courage regardless to situation they were in and that they should only become subject to headlines in exceptional situations instead.

The Voice has never shown up although I was very cautious the next week and would react to any whispers and leaves whir. I searched for his phone number and managed to find it in the memory of the phone I used when I had first phoned him. However, that number became unavailable within two days so this whole case has become just one of many good journalists’ stories at the end.

(The author is a journalist and an editor of “Oslobodjenje” daily; This article is originally published in E-journalist bulletin no.69)
BHN, Sarajevo, 13/11/2019