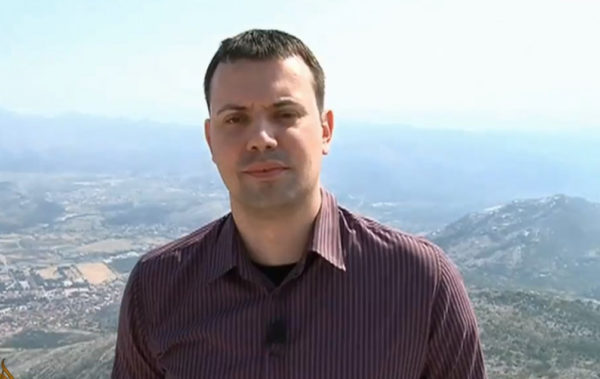 SARAJEVO, 12.02.2019.-Steering committee of BHJA expresses concern over the death  threat to Marko Radoja, the editor-in-chief of the BHT Informativ Program, and requests a urgent investigation and sanctioning this criminal offense. A letter with brutal threats was sent to Marko Radoja from Chicago (USA),  from the person who appoints himself/herself „Duke Trivo“ with a request to reappoint  Svjetlana Topalić, former Desk editor, on this editorial position.

We consider threats to be unacceptable and a direct safety endangerment the editor Editors Radoja.  Therefore, Federal Police Directorate must investigate who are threats coming from and who is behind them. We ultimately request more efficient action of the police and, later on, judicial institutions, since they are publicly responsible and legally obligated to protect the safety of all citizens, including journalists and editors.

Unfortunately, the impunity of threats to journalists has become a practice in BiH! The authorized police structures and prosecutor’s offices conduct investigations slowly, insufficiently thoroughly and inefficiently, and herewith indirectly reinforcing the public perception of the of violence against media professionals, in real life but as well as the Internet. Steering committee of BHJA recalls that the death threat Marko Radoja recieved in July 2018 have not been processed yet. After the registration and investigation at the East Sarajevo Police Station, on 7 August last year, the case was handed over to the District Public Prosecutor’s Office for further action, but there are still no results or progress in the legal conclusion of this case.

Steering committee of BHJA once again points to the need for stronger criminal protection of journalists in cases of physical attacks, threats or other criminal offenses related to the performance of journalistic tasks, and invites competent ministries of justice at the state and entity levels to urgently propose, and parliaments adopt amendments to criminal law for the legal more effective protection of the freedom of expression and safety of journalists.
BHN, Sarajevo, 12/02/2019